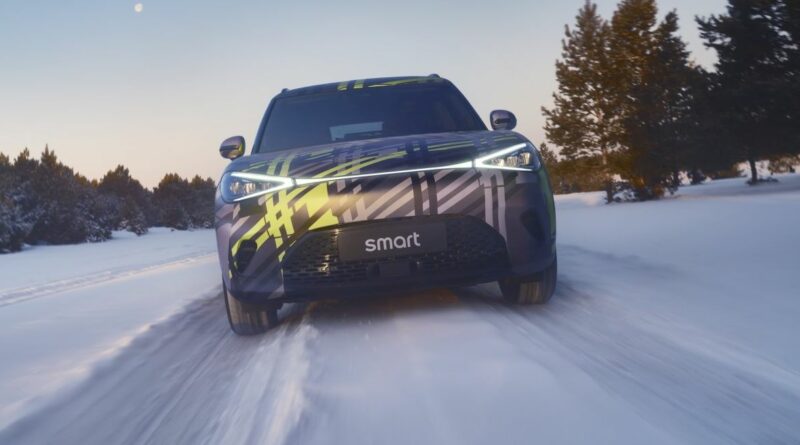 Smart is going electric, and this new strategy means rolling out a new naming scheme.

From now on, Smart’s models will use the “#” symbol followed by a number, seemingly adopting the social media-friendly hashtag approach. We saw the first example of this new nomenclature just a few moths ago at the IAA Mobility in Munich, Germany, with the #1 Concept that also previewed the company’s new and surprisingly Mini-style proportions and design language.

Smart is now making this new naming scheme official and is giving the world a glimpse of its upcoming battery-electric model, which is being tested in northern China in temperatures around -40 ℃, which is actually the same temperature in Fahrenheit as it is in Celsius.

This new battery-electric model is the near-production version of the Smart #1, which is now approaching a market launch in China and Europe. The pocket-sized electric crossover features a drag coefficient performance of just 0.29, thanks to a number of elements we’ve seen in EVs in recent years, including flush-fitting door handles and an active grille shutter system, as the crossover still needs cooling for the battery.

Smart’s version of concealed door handles includes an ice-breaking function, in case you were wondering about the breezy -40 temperatures, and that’s one of the things the company has been testing in recent weeks along with an app-controlled battery pre-heating feature. 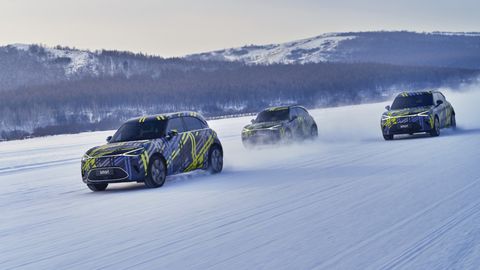 “As the first product set to launch following the brand’s renewal, the Smart #1 perfectly combines electric-drive technology and premium quality,” said Daniel Lescow, vice president of global sales, marketing and after-sales at Smart. “I am convinced that the Smart #1 will enthuse future customers in both China and Europe, setting new trends of urban mobility and co-creating powerful brand experiences wherever it will make an appearance.”

In concept form, the #1 crossover offered the exterior dimensions comparable to the Mini Countryman, with the company showcasing its roomy interior last summer.

Speaking of Mini, there are a surprising number of parallels between the two companies at the moment, and not just when it comes to design.

Both are going EV-only in the coming years (but then again, so are most automakers). Both Mini and Smart are now heading in the direction of larger crossover models, and they both rely on much larger corporate parents, in Mini’s case BMW and in Smart’s case Mercedes-Benz and Geely. Finally, both companies have faced recent headwinds as consumer tastes have turned to increasingly larger vehicles.

But unlike Mini, Smart no longer sells cars in the US, having left just as the company was making a sharp turn to electrification, so we won’t see this model stateside. That’s a shame, as things were just going to get interesting with an all-EV lineup.

But with Geely now operating the brand as a joint venture with the Mercedes-Benz Group, we can’t rule out a return to our shores in the more distant future.

Would a small electric crossover from Smart sell well stateside? Let us know in the comments below. 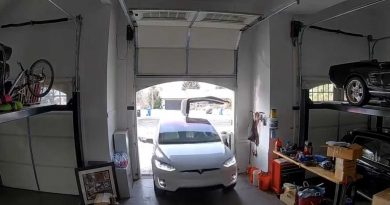 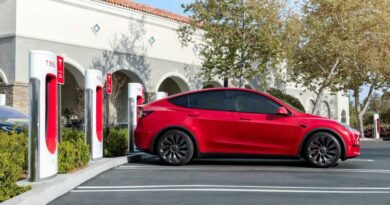 Will Tesla Stock Surge This Decade? Here Are 3 Reasons Why It May