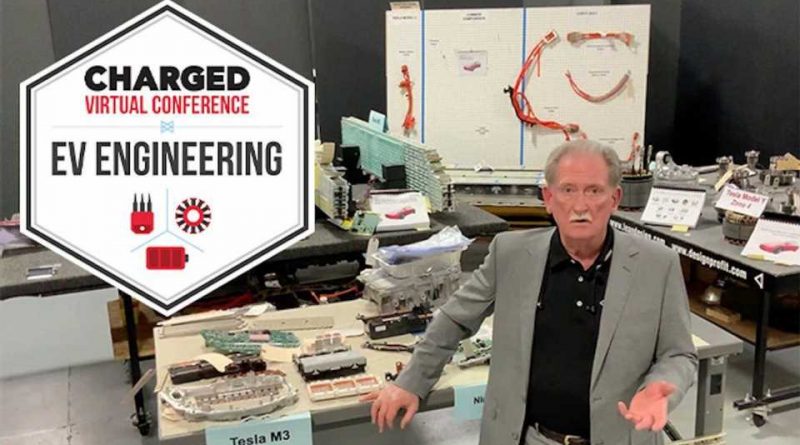 Sandy also gives us a run-down on where the various automakers stand profit-wise.

Posted on EVANNEX on September 13, 2020 by Charles Morris

Auto manufacturing expert Sandy Munro knows cars the way a surgeon knows bodies. His company performs teardowns, taking new cars apart and analyzing every little bracket and screw to find out what it’s made of, who made it, and how much it cost. He’s had a lot to say about Tesla’s vehicles—he praised Model 3’s battery tech and electronics, but slammed the build quality, then later noted a “1,000% improvement” for Model Y.

Munro combines his deep knowledge with an engaging and entertaining speaking style, so he’s very much in demand these days for EV industry videos and podcasts. He recently appeared in a Virtual Conference on EV Engineering hosted by Charged, talking about EV motors and inverters.

One of the goals of Munro’s teardowns is to figure out how much, if any, margin an automaker is earning on a particular model. Automakers don’t tend to disclose these figures in any detail. However, execs from several of the legacy brands have admitted that they aren’t making much profit on their EVs, and Munro’s research seems to confirm that. Sandy gives us a run-down on where the various automakers stand, profit-wise. Nissan claims to have reached profitability on its EVs in 2017; Hyundai and Jaguar are believed to be eking out minor margins; and VW, Porsche and Audi are on the edge. Tesla is the only EV-maker that has consistently generated a decent margin—it has been reporting automotive margins of around 25% for the past 5 years, and the margin on Model 3 is believed to be over 20%.

The bulk of this presentation consists of a side-by-side comparison of the 10 electric motors. There’s a surprisingly large amount of variation. Not just in the details, but even in their basic architecture—some EVs use a permanent magnet motor, while others employ an induction motor. Tesla’s Model 3 uses one of each, and Sandy explains a couple of technical details that give the Tesla motors an edge over the competition.

In the next presentation, Tesla’s Inverter Technology Versus Other BEVs, Sandy compares what he considers to be the three best inverters used in current production EVs: the Tesla Model 3, Nissan LEAF and Jaguar I-PACE. Munro’s teardowns aim to reveal not only technical information about a vehicle’s components, but the financial aspects as well. One of the striking things he uncovers here is the drastic cost reduction that Tesla has been able to achieve in just a couple of years. He estimates that, in 2018, Tesla’s Model 3 inverter cost around $810, whereas the inverter used in the 2020 Model Y cost only about $522. Tesla’s inverter also happens to be smaller and lighter, and it consists of fewer parts.

Sandy show us where the Tesla inverter fits into the vehicle, then goes on to take it apart and examine each section—housing, SiC MOSFET module, heat sinks, etc. He shows us the circuit board, both as a photo of the physical board and as a block diagram, and gives us the grand tour, describing each component. Having revealed the intimate details of the Tesla inverter, Sandy performs similar striptease routines on the Nissan and the Jaguar.

As with the motors, it’s obvious even to the layman that there’s a huge amount of variation among brands. The three inverters look totally different—you can see at a glance that Tesla’s is smaller, and it has an odd shape, as if it were carefully designed to fit into its designated space, whereas the other two appear to have been shoehorned into existing metal cases, with little effort to minimize the size and weight. The figures bear this out—the Tesla inverter is slightly smaller than the Jag and much smaller than the Nissan, and it weighs far less than either (4.81 kg compared to 11.15 kg and 8.23 kg, respectively).

The superiority of Tesla’s EV technology vis a vis the legacy brands isn’t a secret, and looking at the actual components brings the disparity to life—so much so that Munro feels compelled to remind us that Tesla isn’t paying him anything. In fact, it’s the other way around: legacy automakers pay Sandy large sums for his Tesla teardown reports, so they can try to dope out what Tesla is doing.

This article is based on material that originally appeared in Charged. Author: Charles Morris. 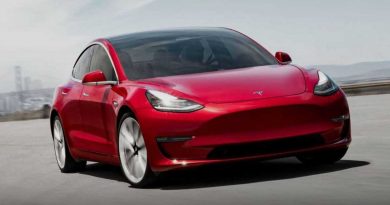 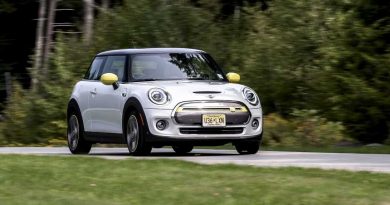 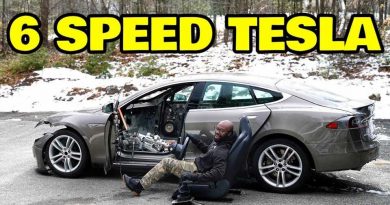