Home » Electric Cars » Is This Radical House Fitting For A Tesla Cybertruck? 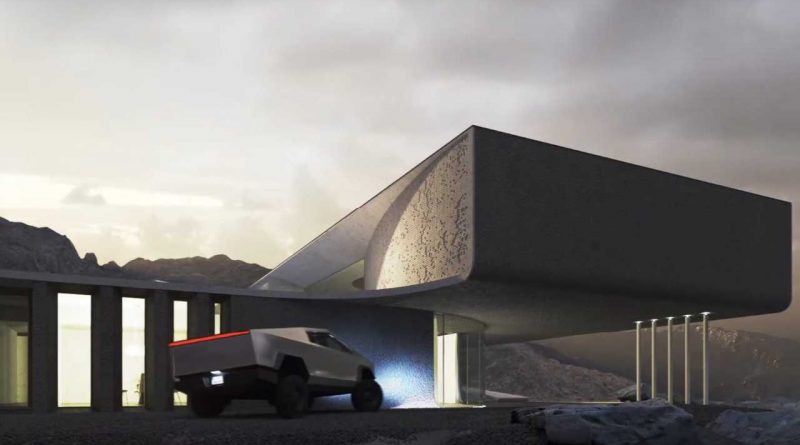 Even though it’s questionable whether or not the production Tesla Cybertruck will look as radical as the concept, its dramatic design really seems to have sparked people’s imagination. While many are trying to build their own as best they can, others are envisioning the kind of house the Cybertruck owner would live in.

If you’re a fan of modernist architecture with a cyberpunk-esque twist, then you will definitely find a lot to love about this project. It’s called “disPlace” and it’s a fancy, minimalist villa set in the middle of nowhere. In fact, its setting looks so rocky and barren that it could very well be on another planet.

Out of all the house-fit-for-a-Cybertruck attempts, this has to be one of the most fitting thus far. Unlike other such ideas, this one doesn’t try to mimic the Tesla pickup concept’s sharp, angular design – it compliments it with flowing curves, a complete lack of superfluous details and clever use of different textures.

Now regardless of whether or not the Cybertruck would look good parked (and charging) right outside, this house project really stands on its own. Granted, it does warrant some kind of flashy (preferably electric) ride awaiting outside, although you could just as well arrive and depart via some sort of futuristic looking VTOL craft (which is just as well, because it’s not really close to anything and flying is faster than driving). 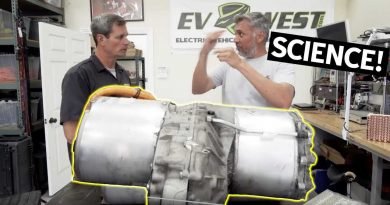 EVer Wonder How A Tesla Motor Works? EV West To The Rescue 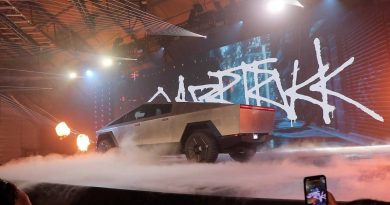 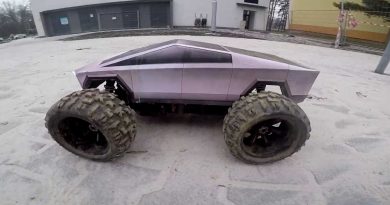