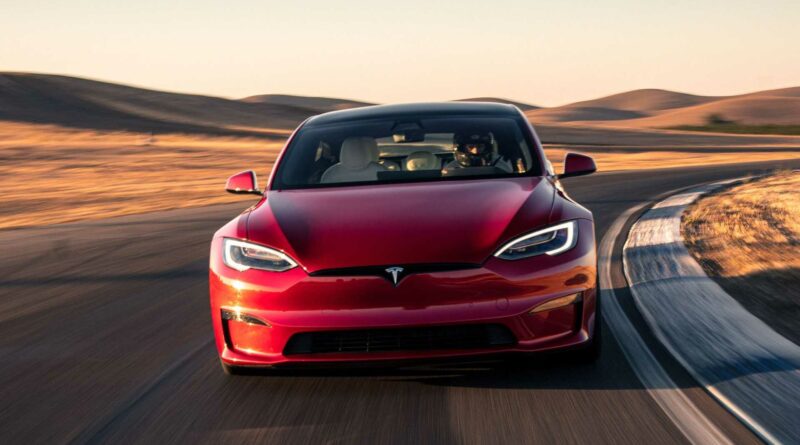 Looking through Tesla’s parts catalog, it would appear one is in the works.

Tesla never really designed the Model S with track driving in mind, but that has changed with the arrival of the hardcore Model S Plaid. It is already the quickest accelerating production car in the world and pretty good on track, but it could become even better thanks to a dedicated track pack that could be made available in the future.

Firstly, Tesla could soon offer performance Zero-G wheels for the Model S. We’ve seen these before as part of the Track Package for the Model 3 Performance wrapped in ultra high performance Michelin Pilot Sport Cup 2 tires. This wheels and tires combo could also feature on the Model S Plaid, and it would make sense to use them because they are rated for very high speeds (even above the Plaid’s 200 mph / 322 km/h top speed).

Currently, the Model S Plaid can’t actually reach its maximum rated speed and Tesla says you need uprated wheels and tires in order to unlock it. Teslarati browsed around Tesla’s parts catalog for the Model S and not only found information about the make and model of tire, but also the size – 285/35R20s up front and 305/30R20s for the rear.

The source doesn’t point to any other possible modifications that the Model S Plaid Track Package could bring, but based on the fact that some Plaid prototypes we saw before launch (especially the ones spotted on tracks) had some sort of big rear wing on the back – it was not active, but it showed Tesla’s interest in adding downforce to push down the rear axle and improve stability and traction.

Furthermore, right before deliveries commenced, in mid-May, a unique Model S Plaid was spotted lapping Laguna Seca with what appeared to be a big active wing on the rear (although it didn’t have the Zero-G wheels). Perhaps this was going to become the now-defunct Plaid+ variant, or Tesla plans to offer this retractable rear spoiler on the regular Plaid and perhaps it is connected to the upcoming Track Package. Tesla is no stranger to putting active wings on the rear of its cars – it did it on the Model X until 2017. 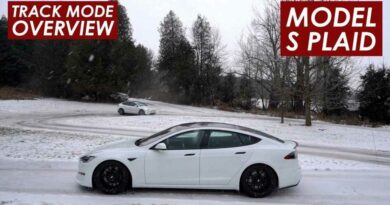 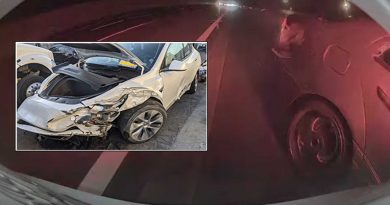 Tesla Model Y Pulls Out In Front Of Mercedes On The Highway, Causes Crash 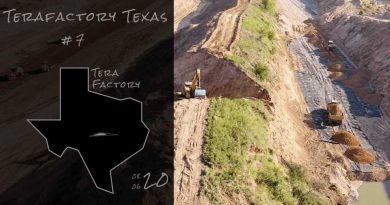