Earlier this week, Polestar—Volvo’s one-time performance tuner and current EV sub-brand—revealed plans to go public via a special purpose acquisition company (SPAC), following in the footsteps of a number of high-profile start-ups that have used reverse mergers as a way to raise capital. With an intended value of $20 billion, this would make Polestar—which is still far from a household brand among EVs, unlike Tesla—into one of the most valuable EV makers out there.

The move itself is a curious one, even in the present-day reality where IPO listings via SPACs have become commonplace enough to fade into background noise. And it points to some very ambitious plans on the part of the EV maker, which has begun stateside deliveries of its cars relatively recently.

“Lucid, Fisker, Lordstown, and now Polestar appears to be tapping into the SPAC path for big funding,” Robby DeGraff, Industry Analyst at AutoPacific told Autoweek. “This caught me by surprise, being that Polestar and Volvo are safeguarded in many ways beyond just financially under parent company Geely’s umbrella of brands. However, as we’ve come to find out the past few years, a steady (and in Polestar’s case) healthy cashflow really is what makes or breaks an EV startup.”

SPACs themselves are not an entirely new mechanism per se, having first appeared just about two decades ago as a way for small new companies to raise a lot of cash overnight. But they didn’t go mainstream until the second half of the 2010s, and now account for about a third of all IPO efforts. SPACs effectively raise capital through an initial public offering, and then merge with private companies, giving those private companies far more flexibility in making decisions in their early stages of development while benefitting from money raised through sales of shares. SPACs also take a lot of guesswork out of conventional IPO launches, which can be tricky and can result in private companies undervaluing itself, or suffering from early trading volatility. SPACs can effectively insulate the company itself from a number of these pressures that have traditionally tended to make IPOs risky, by offering their expertise while also performing the public listing on an accelerated timeframe that doesn’t take one or two years from start to finish, compressing the process down to about six months or less. 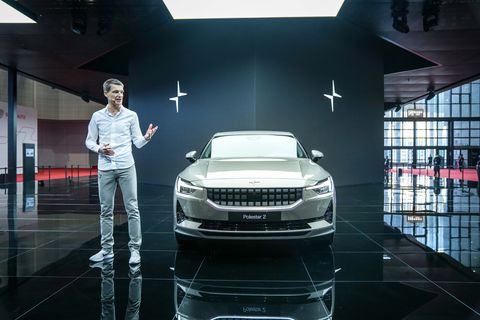 Of course, there are some risky and less appetizing sides to SPACs that explains why they have been so popular as alternatives to traditional IPOs over the past half decade, and why the term SPAC seems inescapable when discussing various EV startups. Besides the generous benefits to the sponsors backing them, including a serious portion of the shares, some of the disclosures to investors that are part and parcel of regular IPOs are seen as having been diluted in a SPAC structure, allowing companies to issue very rosy sales projections that may not materialize later, or are not completely attached to reality. This allows start-ups (including ones that have been in the news recently for less-than-positive financial and legal reasons) to avoid some details in information provided to regulators and investors. Perhaps it can also be said at this point that there hasn’t been a lot of regulatory reckoning over a number of notable SPAC failures in the auto industry, and the brunt of the damage in a number of widely reported start-up implosions has largely befallen smaller shareholders caught by surprise, while the sponsors have generally remained insulated from such events. More notable troubles among EV start-ups have included Nikola, whose founder Trevor Milton was recently arrested and charged with fraud by the DOJ, which has alleged that the company made a number of false claims about its technology, including an episode in which Milton allegedly presented the Nikola One semi truck as being fully functional when it was not, according to DOJ claims.

What’s behind the ambitious move?

Polestar has actually been a lot of things over a relatively short span of time. The company started out as a third-party Volvo tuner, like Heico or IPD, offering performance modifications and equipment for Volvo models. During this time Polestar also participated in Volvo’s racing program after buying Cyan Racing in 2005, renaming it Polestar Racing. A few years later Polestar was acquired by Volvo itself, becoming an in-house tuning and performance arm in a manner similar to what happened to AMG years prior, with Volvo dealers officially offering Polestar models. In yet another recent change of role, Polestar has been remade into a standalone brand under Geely’s ownership of Volvo. Of course, with Volvo itself due to go EV-only in 2030, both brands will eventually be focused only on electric vehicles, with Geely now envisioning Polestar as a fully separate brand that would also rely on platforms shared with Volvo and Lynk & Co.—another brand recently created by Geely from scratch.

But despite delivering around 10,000 vehicles in 2020, Polestar has very ambitious short-term plans that are seen as having prompted the SPAC move. Polestar intends to boost its lineup by three new models in the next two years, one of which will be an SUV, and expand into a large number of countries.

It goes without saying that these plans, including expected sales of just under 300,000 units by the middle of the decade, will still require some money even with extensive platform sharing among Geely-backed brands, as will rolling out a store network that is still just in its infancy. That’s because Polestar intends to sell and service its models in standalone locations, rather than being tucked away in existing Volvo showrooms.

“With the rather exotic Polestar 1 sealed away in the books, the 2 sedan, and a confirmed 3 crossover coming soon, Polestar’s goal of shaping up into a more reputable, serious player in our EV market is now more easily in reach should this deal with Gores Guggenheim finalized,” DeGraff added. “Beyond further development of more potential models to bring to the lineup and developments in battery and charging technology, Polestar should also feel much more at ease once US-production of the 3 begins in South Carolina.” 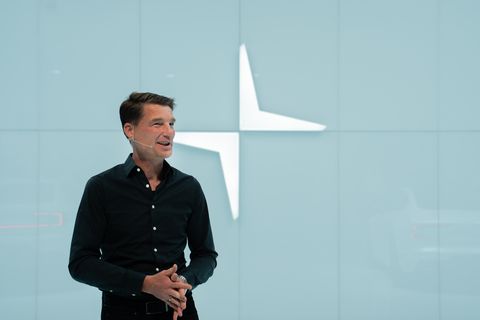 Polestar’s SPAC move also points to the brand’s growing needs in the coming years, aimed to support that growing lineup, plans that will also involve a network of Spaces, akin to Tesla stores and other EV makers’ standalone locations for sales and service. Coupled with plans to dial up annual output by almost a factor of 30 by 2025, it’s easy to see that Polestar’s cash demands will increase quite rapidly in the coming months and years.

Of course, implicit in that plan to offer 290,000 vehicles by the middle of the decade is customer demand for Polestar models to likewise grow by 2025, which is an ambitious plan even with the backing of Volvo and Geely. That growth will have to come from buyers entirely new to the brand, as well as an expected increase in EV adoption rates as a whole, with the US seeing somewhat depressing year-over-year growth in market share by battery electric vehicles. It’s clear that Europe and China, as well as some other less obvious EV markets, will have to pick up that slack.

Just what will we see from Polestar between now and 2025?

The company’s third model will be the Polestar 3, and it will be a large crossover or SUV due to arrive in 2022, expected to offer the dimensions of the Volvo XC90. The Polestar 4, meanwhile, is expected to be a midsize or compact crossover, due in 2023, aimed at the growing segment that has seen quite a few new entrants in the past two years. The Polestar 4 is expected to be one of the volume models, while the Polestar 5 will be a large sedan aimed at the likes of the Mercedes-Benz EQS and Tesla Model S, among others. Polestar is saving that model for last as a part of this batch of upcoming vehicles, likely realizing that this segment is over-served with existing models all competing for a finite slice of the pie.

The SPAC move is expected to insulate Polestar from some of the pressures associated with plans for such rapid growth, which itself is certainly not without risks as German automakers scramble to field electric vehicles in the US and elsewhere in their own dealership networks, holding a structural advantage over Polestar at the moment.

“In Alec and the Gores Guggenheim team, we have found a partner with an impressive track record of bringing leading companies to the public markets,” said Thomas Ingenlath, Polestar CEO. “The proposed business combination and listing position Polestar as a financially strong, future proof, global electric car company. It will enable us to accelerate our growth, strategy and most importantly, our mission towards sustainable mobility.” 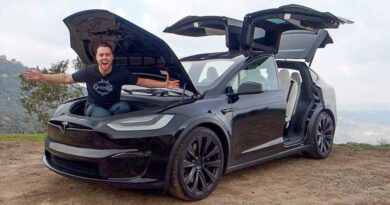 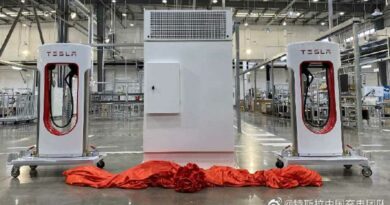 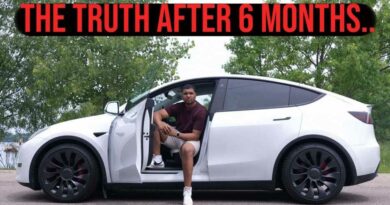