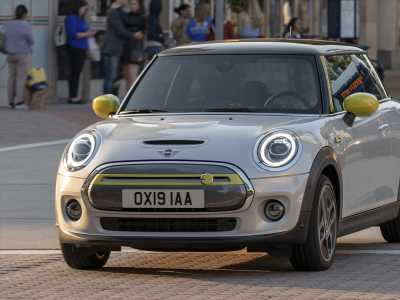 Dubbed the Mini Cooper SE, the new electric hatch packs a 135-kW (181-hp) motor, and offers a range of up to 168 miles, at least in WLTP cycle. Automotive News estimates that the eventual EPA range will be 114 miles, which may land it at the bottom of the current crop of EVs. (We’ll wait for the official EPA figures, but obviously they’re not going to be better than the 168 miles calculated in the WLTP cycle).

A 32.6-kWh lithium-ion battery hidden under the floor provides the juice without robbing that hatch of any trunk space, while the front wheels do the driving, as in most Minis. The powertrain actually comes from the BMW i3 — the electric Mini isn’t a completely new creation by BMW because the current Cooper lineup itself is almost six years old by now — to the point that the charging port is exactly where the fuel door is located on the gas models. In that respect, it may be best to think of the Cooper SE as a placeholder before the Mini range is renewed in the next few years.

“The electric motor is not just smaller but also significantly lighter than a combustion engine, thereby contributing to the well-balanced axle load distribution of the new MINI Cooper SE,” the automaker says. “Along with the lower center of gravity, this gives the electrically powered model agile handling, making it supreme and easy to control even when cornering at high speed.”

That’s true insofar as the weight of what’s under the hood. The electric Mini will actually be 320 pounds heavier than the gas model because there’s also a whole EV battery. And since the motor is up front, you won’t be able to use the frunk as extra storage space.

The good news is that fast-charging is an option on this model, which will allow owners to juice up the Mini to 80 percent battery level in 35 minutes via a 50-kW DC fast charger. But despite the instant torque delivery, 199 lb-ft in the Cooper SE’s case, the hatch will propel itself from 0-62 mph in 7.3 seconds and will have a 93-mph electronically limited top speed.

Another bit of good news is that the Cooper SE will retain the driving modes of the gas-engined models, offering sport, mid and green modes. The electric Mini will offer two types of recuperation cycles, including the one-pedal option that engages recuperative brakes during coasting. The Cooper SE will also feature a redesigned instrument cluster, along with some other electric-specific readouts, which will display charge level progress in real time, and other information. Standard items on this model will include two-zone air conditioning, LED headlights, and a 6.5-inch touchscreen.

But will this be enough to overcome the modest range and the rapidly aging platform?

The current-gen Cooper debuted in early 2014 and is rapidly approaching the end of its product cycle. The i3 drivetrain is not exactly the latest bit of tech out of Munich either, which makes its pairing with the current two-door Cooper (and two-door only at that) a bit of a parts bin effort. Even if we were to take the 168-mile range in the WLTP cycle at face value, it would be a fantastic range for a small EV… had it debuted with the 2014-generation Cooper models. Double the 168-mile range and you’d have a contender in the compact EV segment ruled by the Chevrolet Bolt and the Nissan Leaf — and as we all know EVs in this segment live and die by the range. VW and Ford have learned this the hard way.

The Cooper SE will go on sale in the U.S. in early 2020. Pricing and EPA figures will be announced closer to the start of sales. 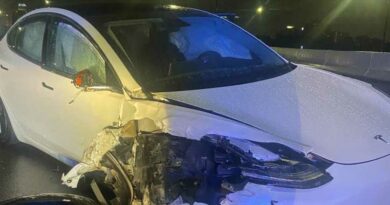 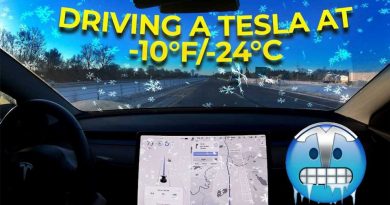 How Much Do Extreme Low Temperatures Affect Tesla Model 3 Range? 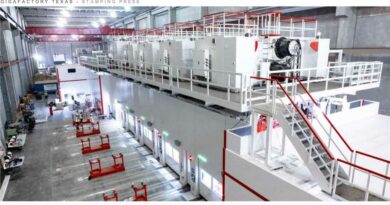 Is Tesla Officially Moving Its Headquarters To Austin, Texas?