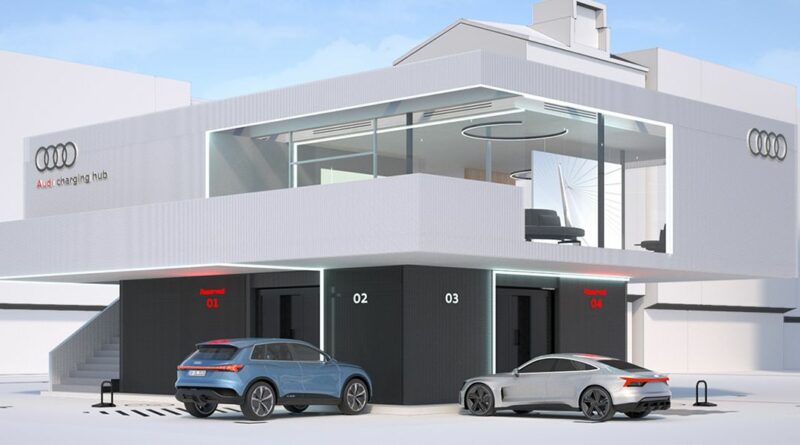 With the arrival of the EV age, it has been clear for a long time that the concept of the typical gas station will have to evolve as well, transforming from a tiny convenience store to something suited for longer visits, and able to accommodate more cars over a longer span of time. So far, even countries with the highest rates of EV adoption have rarely given a glimpse of a charging station that could be commonplace 20 years from now, when EVs are expected to make up a majority of vehicles on the road, while domestic Tesla SuperChargers can be quite industrial as well, tucked away in a corner of a Chili’s parking lot just off the interstate.

But even with DC fast-charging and visits lasting 10 or 15 minutes, it’s likely that gas stations will have to change as well beyond offering a handful of chargers in place of gas nozzles.

Audi is working on a concept charging hub for what it calls “premium-level electromobility,” which it intends to show as a fully-built concept later this year, ahead of a possible production debut.

How does Ingolstadt picture the service area of the future?

For starters, Audi set out to address the future issue of a lack of charging space at home while also imagining a solution to peak demand on charging infrastructure. The company’s solution is a charging hub that features a monster 2.45 Mwh of energy storage, provided by used lithium ion batteries. Such a hub would house six charging stations for six cars— a modest number—offering a a charging output up to 300 kW. 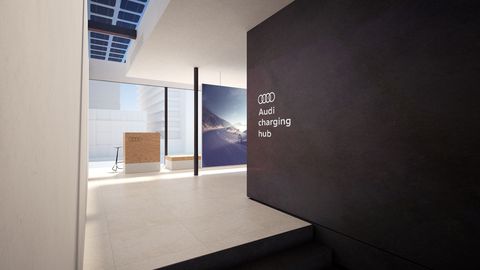 “That makes output starting at 11 kW per cube sufficient to be able to fill the three storage modules with a total capacity of 2.45 MWh continually and to charge them overnight,” the company says. “Photovoltaic modules on the roof provide additional green energy. This not only makes it easier to selection possible locations, it also reduces the planning time required and the costs while also saving resources. In addition, the modular concept provides maximum flexibility and scalability.”

The aim is to minimize the hub’s reliance on the local energy grid, instead soaking up juice during off-peak hours and then selling it to cars during peak hours.

Aside from the technical charging abilities, the concept charging hub would also be a comfortable place to spend some time—that’s the premium-level electromobility half of the equation. The cube-shaped station would feature a lounge area with food and drink suitable for a visit around 20 to 25 minutes—the same time it would take to charge an e-tron GT from 5% to 80% at a 270 kW charging capacity.

“To make the wait a true premium experience, a lounge will provide Audi customers with the perfect setting for an enjoyable charging stop,” the automaker says. “The upstairs lounge area offers a place to pass the time that is modern and in line with the premium concept, the perfect space and setting for a break with added value. A variety of amenities and a range of snacks, drinks and non-food items make the charging stop a welcome break.”

Audi suggests that such a hub would be modular and pre-fabricated, relying on “flexible container cubes” to house the lithium-ion batteries, with the ability to transport the hub itself (in several pieces, judging by the concept drawing) and install it in locations mostly independent of the capacities of local energy networks. So the hub, featuring its own battery storage, would not be as dependent on local infrastructure as a modern fast-charging station.

“The charging hub embodies our aspiration for the electric era and highlights Audi’s commitment to ‘Vorsprung durch Technik.’ A flexible high-performing HPC charging park like this does not require much from the local electricity grid and uses a sustainable battery concept. Our customers benefit in numerous ways: from the ability to make exclusive reservations, a lounge area and short waiting times thanks to high-performance charging. This is consistent with the premium concept,” said Oliver Hoffmann, Member of the Board for Technical Development of Audi AG.

Of course, being a concept of premium-level electromobility, it’s clear such a thing would not be inexpensive to build even with retired lithium-ion batteries from vehicles. So users will definitely have to pay for the premium lounge part of the deal. And with a relatively small number of cars to be accommodated at any one time, Audi says car owners would need to make exclusive reservations to visit it. So this would not be a large service area off the freeway that can host dozens of vehicles at once—the aim is a far more exclusive, with amenities akin to a luxury dealership waiting lounge. We also have to wonder just how many Audi EV owners would not simply charge the car at home at its dedicated charger. This already sounds like a small percentage, but may not be so in the future when those who only have curbside parking will be forced to seek stations elsewhere.

Audi plans to roll out the hub pilot later this year, and is currently searching for a suitable site for this concept in Germany.

Will there be demand in the future for luxury EV stations for which drivers will have to make reservations to visit? Let us know in the comments below. 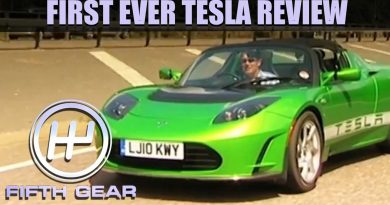 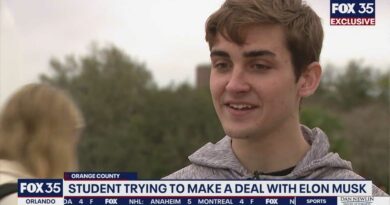 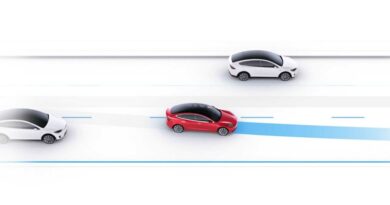