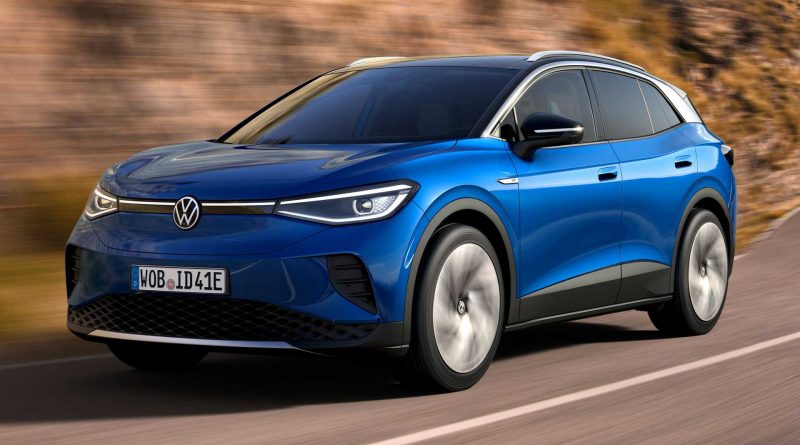 The People’s EV debuts with up to 250 miles of range and rear- or all-wheel drive.

After a long march toward electrification, Volkswagen finally revealed the 2021 ID.4 crossover, the US market’s first long-range EV from the brand. Taking a page from the ID.3 hatchback, which won’t come to the US, the VW ID.4 rides atop the company’s MEB platform and arrives to do battle with the Chevrolet Bolt EV, Hyundai Kona EV, and Kia Niro EV in the electric crossover segment. Launching in the first quarter of 2021, it can’t get here soon enough.

This isn’t the first EV x VW effort on our shores. The e-Golf gave the world a glimpse at Volkswagen’s all-electric aspirations, but by the time it was cancelled in the US, it only offered a 125-mile range and $31,895 starting price; earlier models had just 86 miles of EPA-rated range. The ID.4, on the other hand, promises up to 250 miles per charge, as well as available all-wheel drive (each of the aforementioned EV rivals are front-drive only). 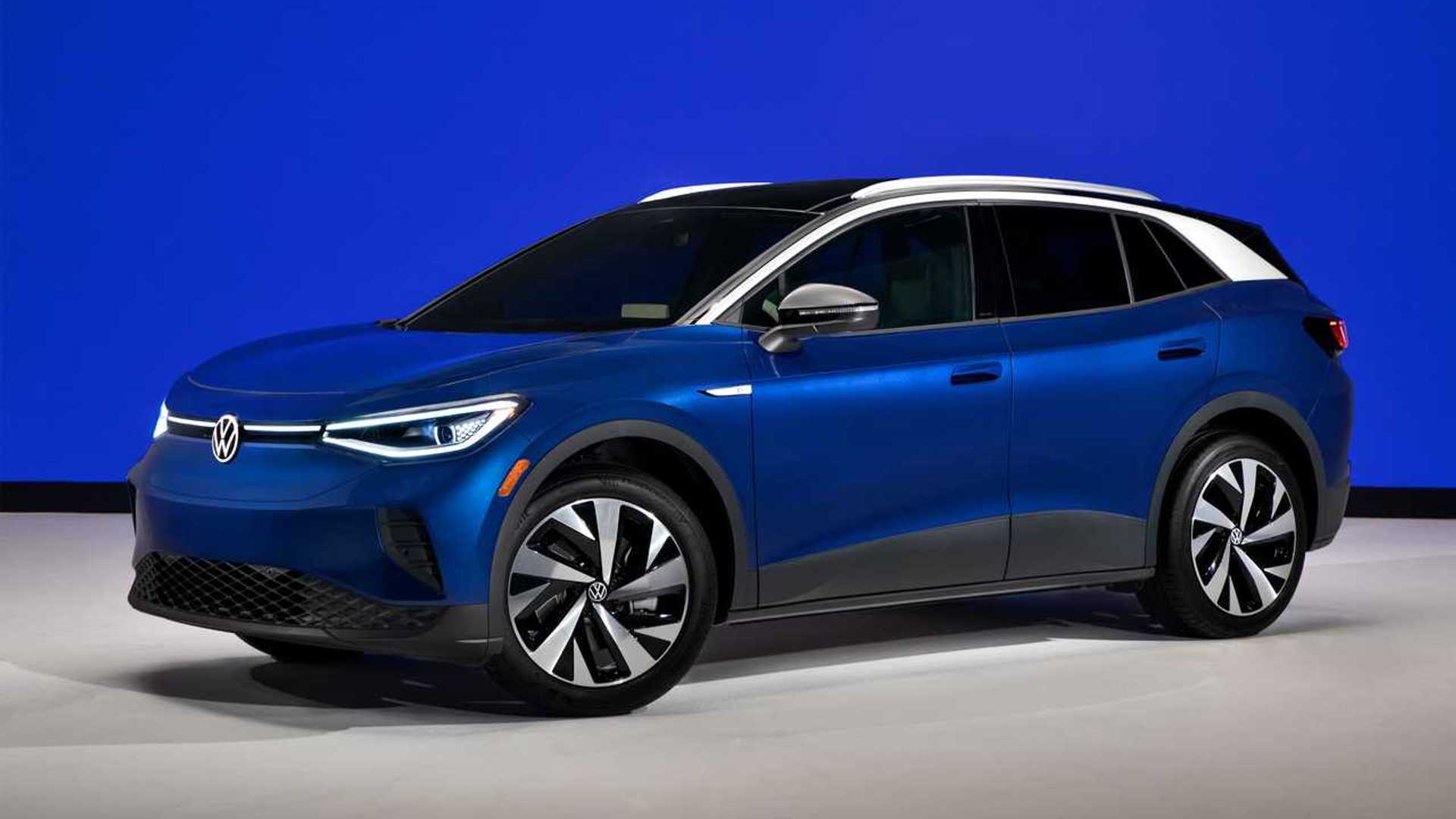 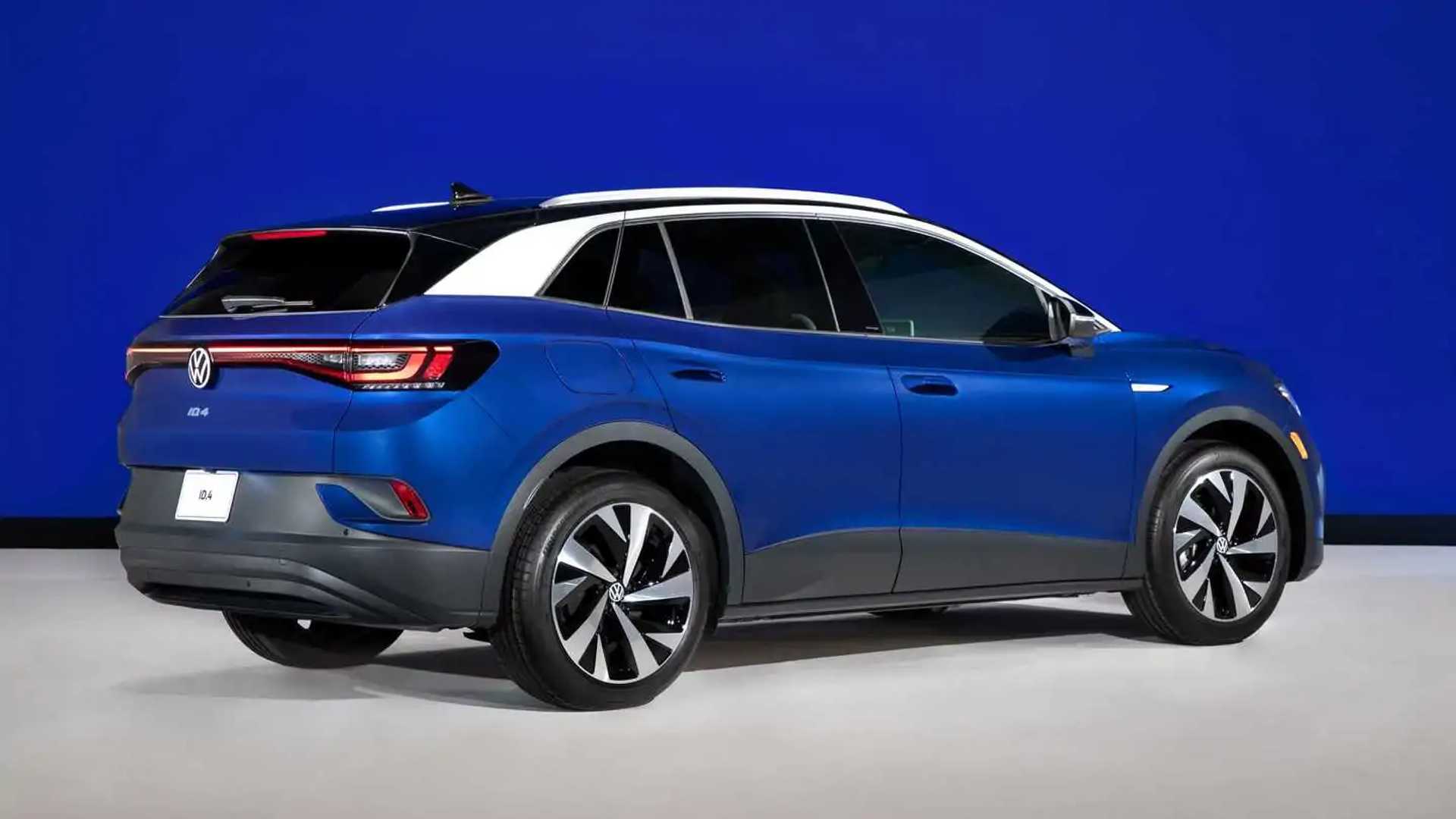 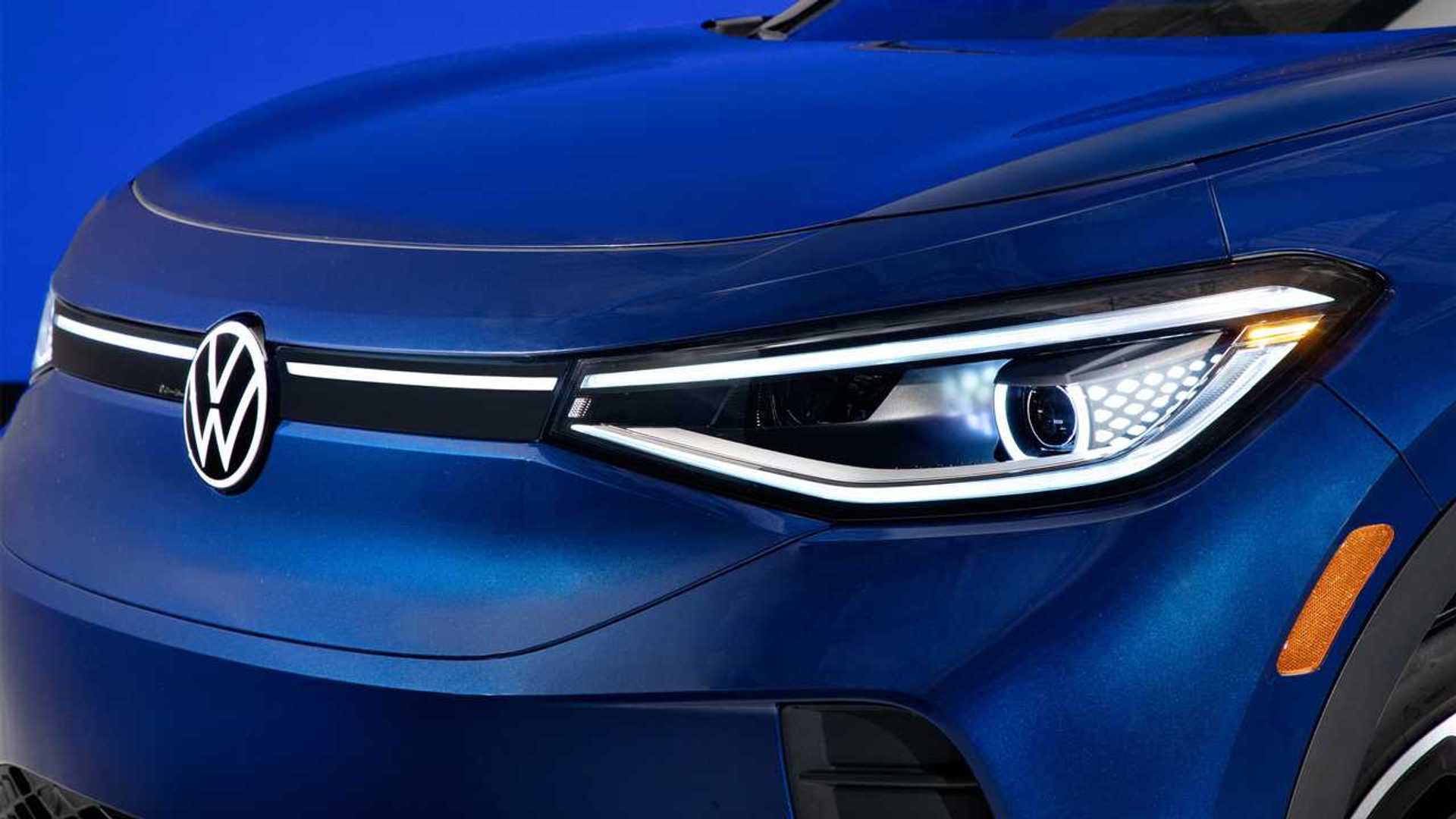 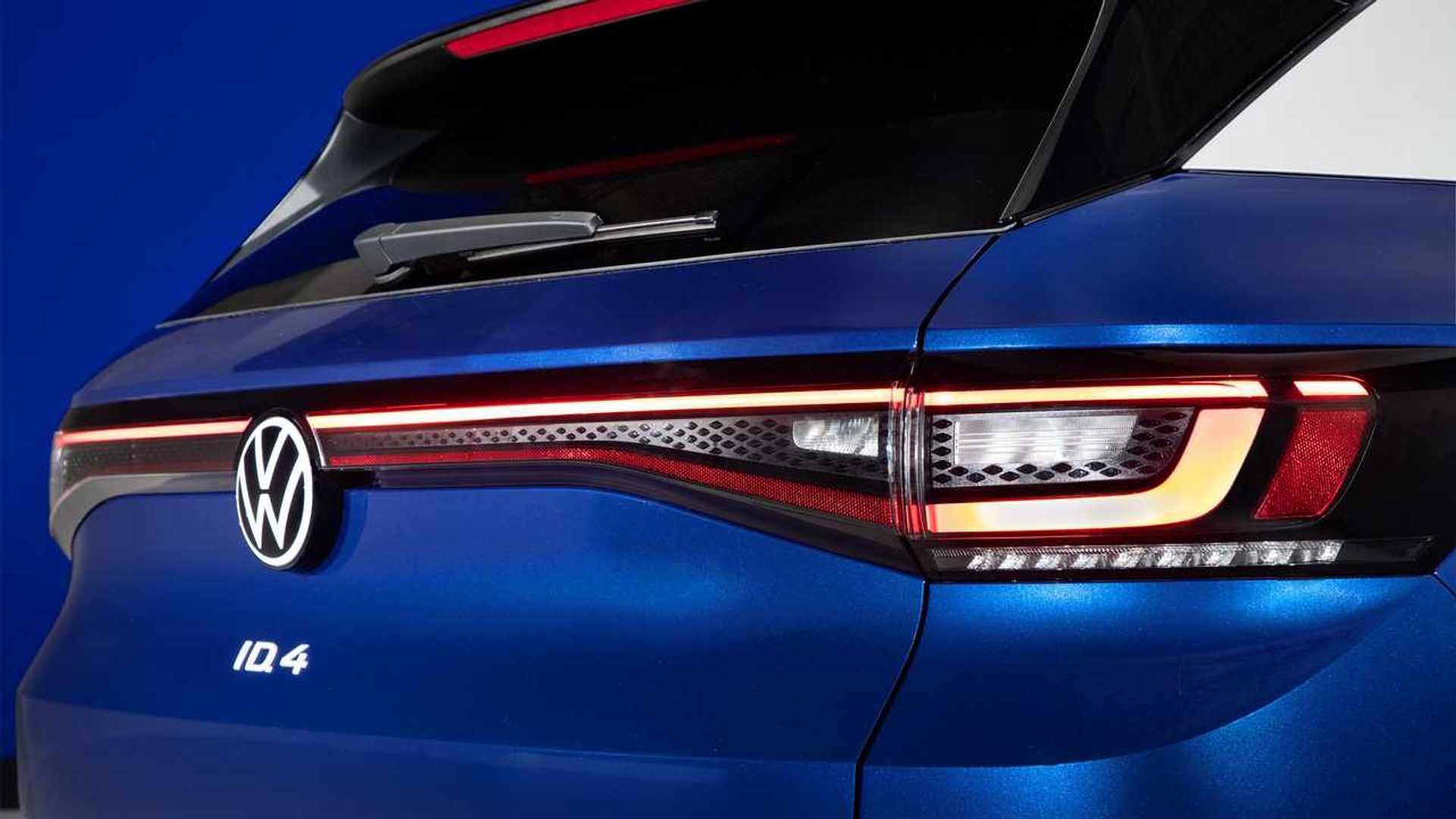 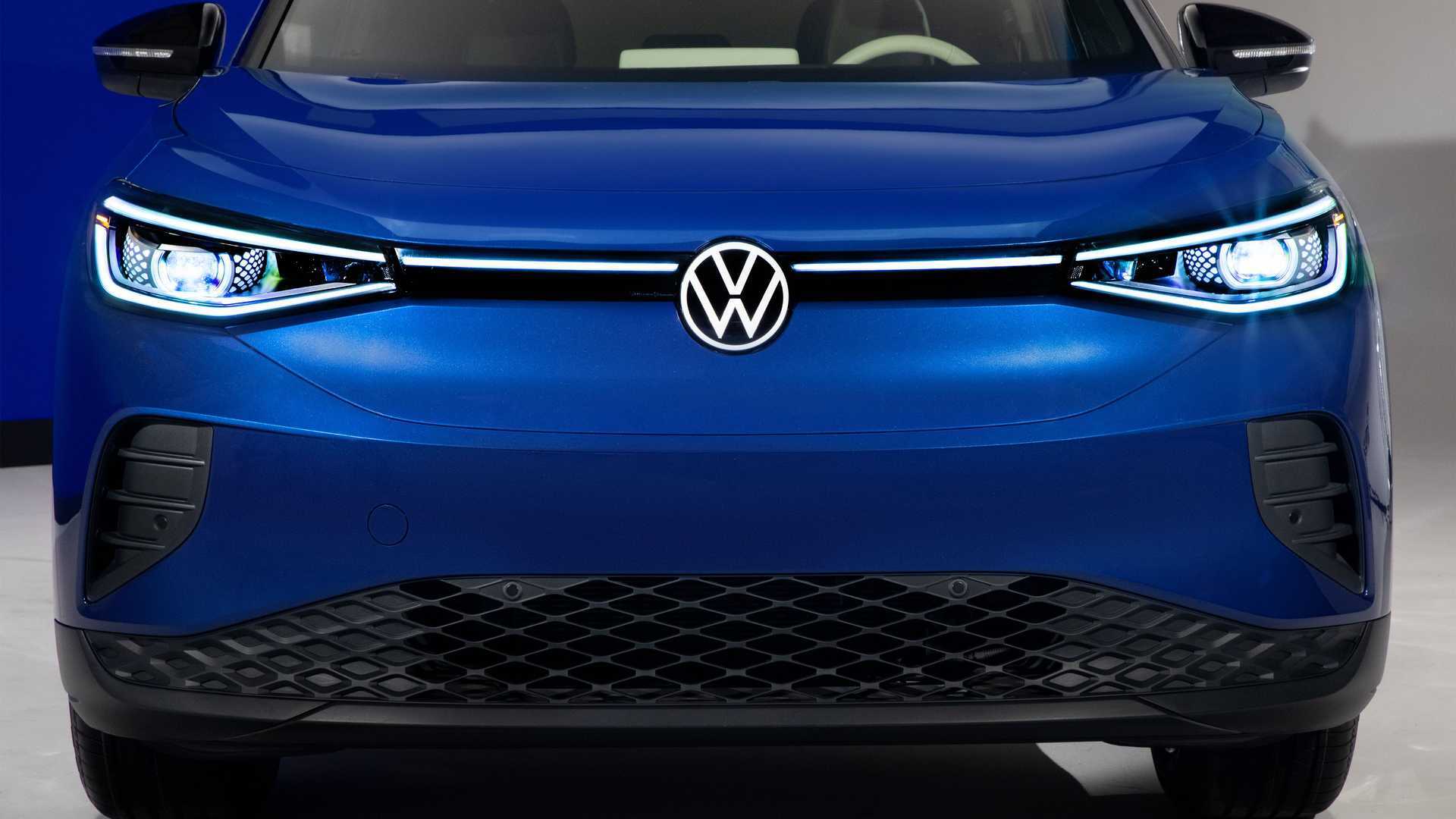 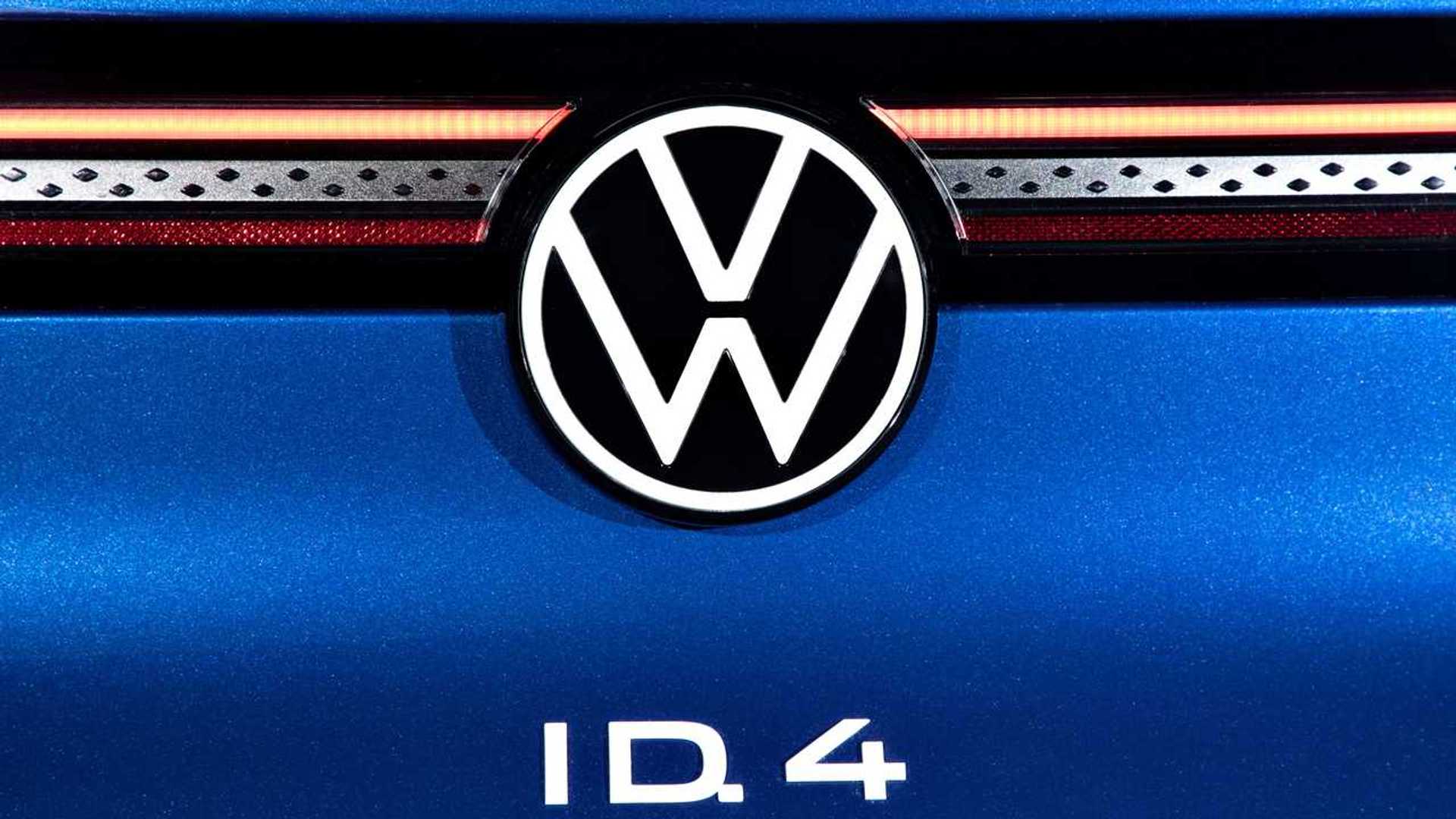 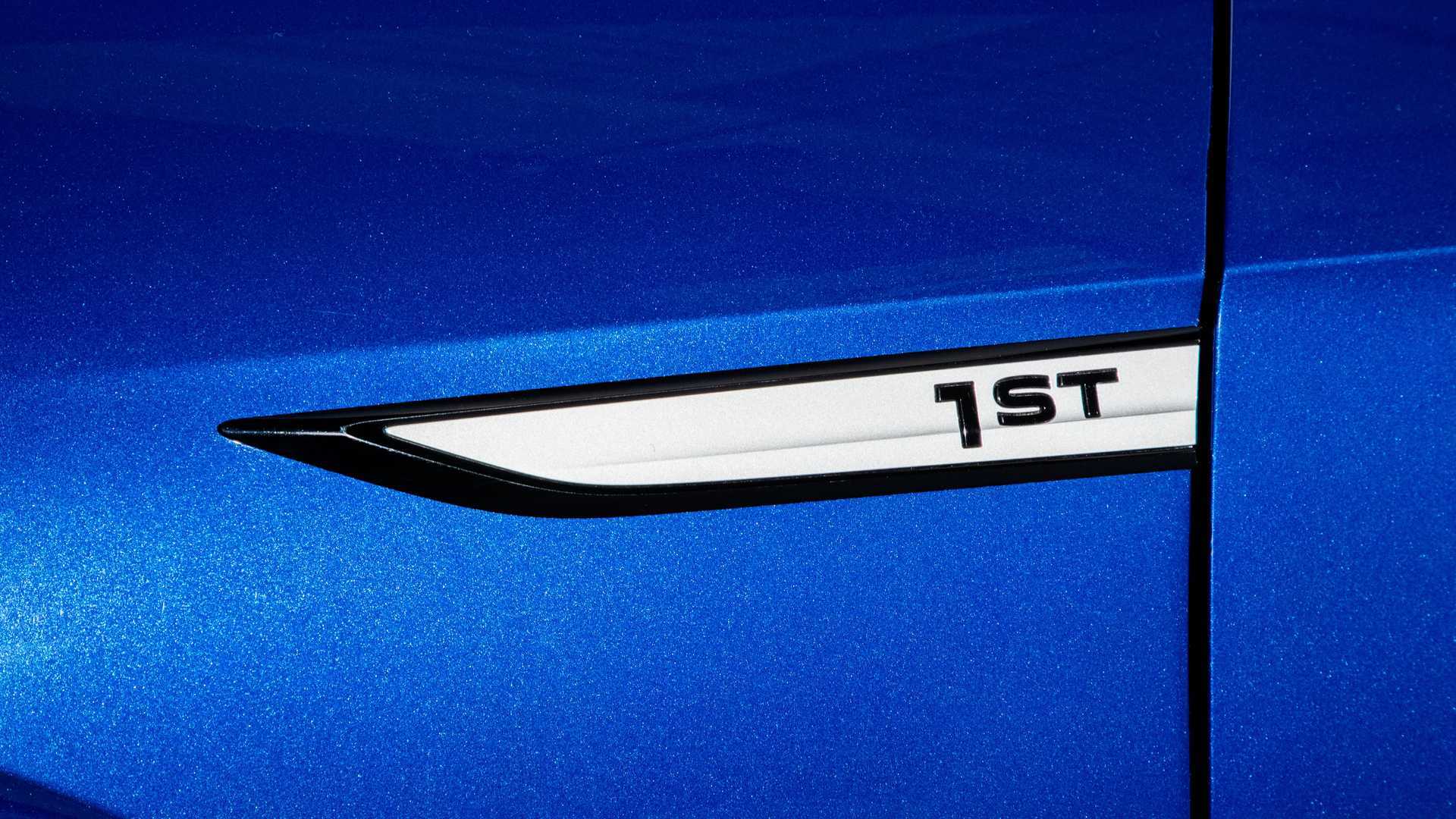 All that said, the ID.4 should leave those front-drive competitors gasping once the its available two-motor setup arrives on the market a few months after the single-motor model. Adding a front-mounted electric motor enables EV all-wheel drive and boosts power to a stout 302 hp (225 kW) – torque is still unconfirmed, but we’d bet on at least 325 lb-ft (441 Nm). It’s not clear if all-wheel drive will reduce overall range, but if Volkswagen can counteract the added weight of the additional motor with more efficient power delivery, it might be an even deal.

Helping reduce range anxiety in ID.4 shoppers will be three years of unlimited charging at Electrify America stations nationwide. Volkswagen announced the program just a few days before debuting the ID.4, giving original owners or lessees of the car a nearly zero-cost way to juice up. Electrify America will still charge idle fees if the VW isn’t disconnected within 10 minutes of finishing charging, and the benefit doesn’t extend to commercial customers, including rideshare operators. Still, for the average consumer, three years of free charging are a compelling perk.

Winning further points for the 2021 Volkswagen ID.4 is its smart, attractive styling. With friendly and approachable curves that bely the rest of VW’s somewhat aggressive lineup, the ID.4 looks more in line with the company’s historic Beetle, Bus, and Karmann Ghia models. Of course, squinting head- and taillights look appropriately modern, particularly with their attractive LED-ringed accents and full-width front and rear light bars.

With no front grille to speak of save a bumper-mounted cooling intake, the front end is sleek and crisp, avoiding either the pitfalls of a faux radiator opening or a massive, blank-faced stare. The headlight internals are intricately designed, with a glowering projector covered in geometric LED textures. Adding a bit more visual pop to the front end is an illuminated VW logo on models equipped with the $4,500 Statement package.

The side profile’s softly curved shoulder line adds a bit more retro flavor to the VW ID.4, although crossover-chic black plastic rocker panels and wheel arches ruin the clean design somewhat with faux-ruggedness. Adding some charm back are white contrasting roof accents (paired with a blackout-painted roof) that makes the upright SUV look lower and sleeker – and a bit more like a Beetle, if you squint.

The rear view is as neatly styled as the front, the only exception being the fussy black reflector surrounds on the bumper corners – those nacelles would be much prettier in body-color. The full-width LED taillight panel includes some of the same geometric inlays as the headlights, interrupted in the middle by another illuminated VW logo. From stem to stern, the generally clean design of the ID.4 is attractive, distinctive, and futuristic.

The story is much the same inside. A 5.3-inch digital instrument display emerges from the steering column (not unlike a trip computer for a bicycle), and it’s much smaller than expected of the same brand that brought us Volkswagen Digital Cockpit – that’s a good thing in this minimalist cabin. The simple display features three reconfigurable tiles that show the most important information, with the battery’s state of charge and range shown underneath. Touch-sensitive controls on the steering wheel provide inputs for the instrument cluster.

The simple gauges allow the massive infotainment display to take center stage, literally and figuratively. Measuring 10.0 inches for the base model and 12.0 inches for the ID.4 Statement, the center stack is angled toward the driver slightly, with sliders for the climate control temperature and audio system volume mounted just underneath the screen. Standard navigation and no-touch gesture control bring some upmarket features to the Volkswagen.

Befitting its minimalist styling, the ID.4 gets an unusual rocker switch in place of a traditional transmission selector. Mounted to the right side of the gauge cluster, the switch opens up plenty of room in the center console for a wireless-charging smartphone compartment, two USB-C outlets, two cupholders, and a big cubby, with more storage found under the console near the footwell.

The E-VW boasts 30.3 cubic feet of cargo space behind the second row, expanding to 64.2 with the rear seats folded – no word on a frunk just yet. That compares favorably to each of the ID.4’s electric competition, beating their seats-up cargo space by between 7 and 15 cubes. In fact, the VW has more room with the rear seat in place than the Nissan Leaf does with it folded. The Volkswagen’s 99 cubic feet of passenger room is likewise class-leading, something zero-emissions families should keep in mind when shopping for their next vehicle.

In the event of a collision, six airbags – frontal and side-impact torso airbags for the first row and a pair of curtain airbags for both rows – help protect passengers, although we’re surprised at the lack of knee airbags for this day and age. Meanwhile, an extruded aluminum frame protects the battery from crash damage, and the ID.4 automatically disconnects the electrical array after a serious accident. A replaceable undertray protects the battery from incidental road debris.

The 2021 Volkswagen ID.4 arrives in the first quarter of next year. Its starting price of $39,995 represents the base rear-drive model, boasting piano black interior accents, black cloth seats, 19-inch wheels, a body-color roof, and roof rails. The $4,500 Statement package adds a few niceties (fixed-glass roof, gray or black leatherette, adaptive front lighting, power-folding side mirrors, and the aforementioned 12.0-inch infotainment screen and illuminated rear badges). At the top of the heap is the $1,500 Gradient package, offered only in conjunction with Statement and adding 20-inch wheels, a black roof, and silver exterior accents.

Early adopters keen to show off their forward thinking would likely be most interested in the Volkswagen ID.4 1st Edition, boasting the Statement and Gradient packages at a cost of $43,995. Unique to the 1st will be snappy Electric White interior accents, brake and accelerator pedals with “pause” and “play” symbols, black mirror caps, and attractive exterior badging. At a savings of $2,000 compared to the loaded Statement/Gradient, the 1st Edition is probably the one to get.

Reservations for the ID.4 open up today, costing a fully refundable fee of $100 for the honor of being among the first to buy into Volkswagen’s EV future. The 2021 ID.4 will be sold in all 50 states through a network of 600 dealers nationwide. 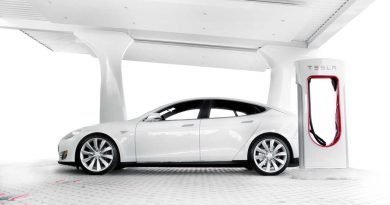 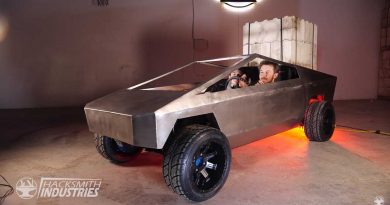 Shrunken Tesla Cybertruck Crashes Before It Is Completed But It's OK 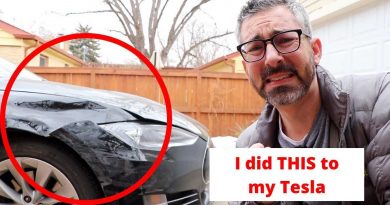