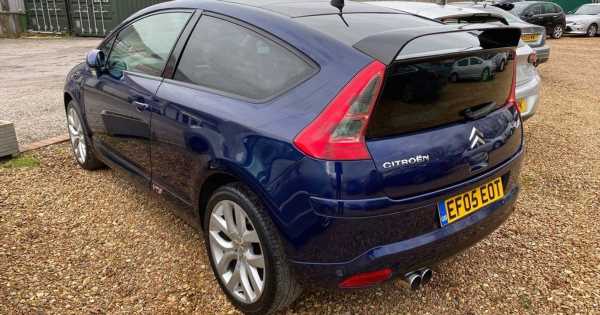 We’re having something of a Citroen-themed week. As you might have seen on our social media channels, we’re out in both the tiny Ami (video coming soon), and the new C4.

The engine line-up for the latter is wholly predictable. You can have it with a 1.2-litre inline-three in one of three states of tune, with a 1.5-litre diesel, or as an ‘e-C4’ BEV. All wrapped up in a crossover body. How very 2021.

The first C4, however, came along at a very different time. Comparatively large, naturally-aspirated petrol engines were the order of the day for C-segment hatchbacks back then, and Citroen even stuck a high-powered one in a VTS-badged hot hatch.

Well, it was more tepid than hot. To make the VTS, Citroen elected to fit the snappily-named EW10J4S, otherwise known as the 2.0-litre inline-four sister brand Peugeot fitted in its 208 GTI 180. In the bigger-boned C4, which shared a platform with the 307, the 175bhp unit made for a 0-62mph time of 8.2 seconds. Not terrible, but not brilliant either, considering the much faster Ford Focus ST was the same price when it came along a year after the VTS’d C4’s launch.

If you read a few of the reviews back then, it seems the handling was deemed to be pretty middle-of-the-road, too. The real appeal goes beyond such things, though.

First off, we have to consider the looks. The three-door ‘coupe’ C4 was given an angular, glass-heavy rear with a certain Honda CRX vibe, giving an aesthetic that’s still attention-grabbing all these years on. Adding the spoiler and bigger wheels of the VTS into the mix improve the oddball Frenchie further.

Inside, it gets madder still. It’s almost stubbornly different from the likes of the Mk5 VW Golf and the aforementioned Focus, with its centrally-positioned digital speedometer. The rev counter is in a separate display just behind the steering wheel, which features a static central boss. Only the rim of the wheel moves, allowing Citroen to plaster the middle part with controls and declutter the dashboard.

The unusual touches didn’t tempt too many UK buyers into C4 VTS ownership, and as such, few surviving examples are kicking around these parts. This one on Autotrader is the only one we can find for sale in Britain, but fortunately, it’s a good’un.

It’s finished in Oriental Blue with heated Magnolia leather and has some neat options including the upgraded sound system and a panoramic sunroof. Mileage is below average at 86,000, while the full-service history includes evidence of a cam belt change at 58,000 miles. It’s currently up for £3749. 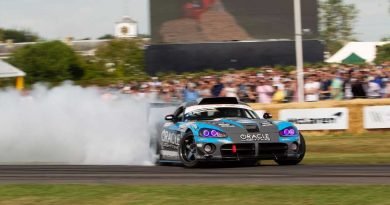 In Photos: The 2019 Goodwood Festival of Speed Was Amazing 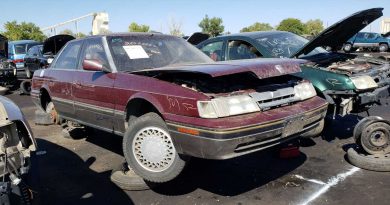 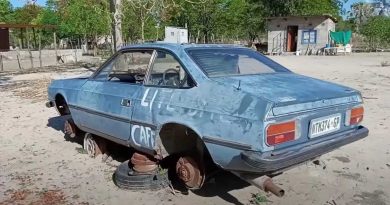