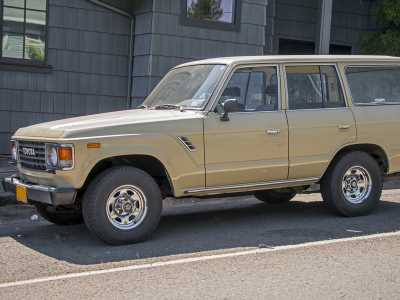 The FJ60 was the first plush Land Cruiser that assured the 80 Series went in the direction of luxury.

The Toyota Land Cruiser is a classic that needs no introduction, but in most states, it can be a difficult 4×4 to locate in good condition. Washington state is not one of those states, blessed with a mild climate and mild winters. Just like Oregon, Idaho and California, it remains one of the best hiding places for Toyota’s big SUV. And it is where we came across this particular FJ60 Land Cruiser.

This generation debuted in 1980, adding to the 70 Series range that we never received here in the States, but it didn’t replace it at the time. Rather, the FJ60 offered the first true roomy Land Cruiser to American buyers at a time when the SUV formula was still slowly heading in the direction of luxury while also replacing the long-lived FJ55 lineup. But it was still defined by what came out of the 1970s. This means that it kept the carbureted 2F engine from the Land Cruiser lineup paired with a four-speed manual transmission, while also offering the 3B 3.4-liter diesel engine to buyers.

The FJ62 arrived in the U.S. in 1988 with more updates, but it was still based on the same platform, buying the automaker a little more time before the debut of the FJ80 Land Cruiser.

We spotted this clean FK60 in Washington state, because of course.

How do you tell the difference between an FJ60 and FJ62?

The FJ60 here has two round headlights, instead of four rectangular ones, and a 4.2-liter inline-six paired with a four-speed manual transmission instead of a 4.0-liter inline-six in the later version. The carburetted FJ60 pumped out 135 hp and 210 lb-ft of torque, while the later FJ62 that arrived in 1988 received electronic fuel injection and dialed the power up to 155 hp and 220 lb-ft of torque.

More than 35 years later the FJ60 remains somewhat eclipsed by the FJ40 and the FJ55 in the classic Land Cruiser community, but it has its share of fans who accept it for what it is, which is an evolutionary step between the earlier Land Cruisers and the plush FJ80 and its successors. In many ways the FJ60 was the forerunner (pun intended) to the 80 Series that would go on to receive a Lexus badge, creating a split between the more spartan 70 Series Land Cruisers and the more luxurious models.

The FJ60 has a reputation for being a little ponderous and not particularly off-road friendly due to generous overhangs. 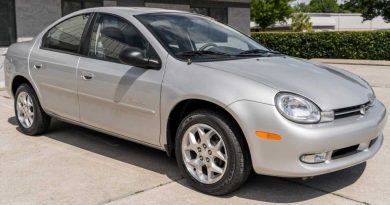 Last Plymouth Ever Sold Is A Posh 2001 Neon LX, And It's For Sale 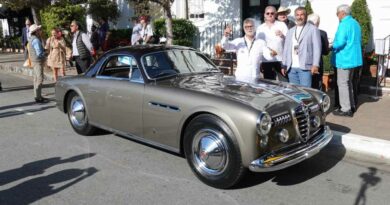 Our 25 Favorite Cars from Carmel’s Concours on the Avenue 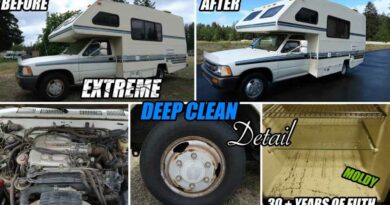