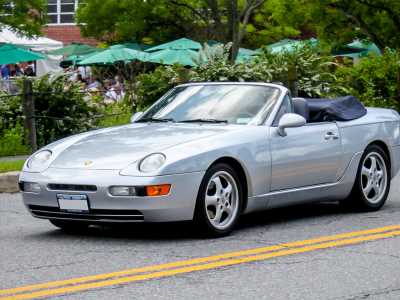 Porsche did not sell very many 968s in its short time on the assembly line in the early 1990s. And that’s what makes it rare today.

The Porsche 968 was produced for a remarkably short period of time, from 1992 till 1995, and its main task was to send the aging 944 out in style. In that sense, it represented the peak of the 924 and 944 lineup, offering a final redesign that took advantage of the best evolutionary developments of the platform, which itself dated back to the mid-1970s. In fact, the ad campaign for the car featured the tagline “Evolution, Not Revolution.”

If you haven’t seen a 968 in quite some time, there is a good reason for that: Just 12,776 examples left the factory over four years, offered in coupe and convertible form, as well as a number of very limited-edition examples such as the Club Sport. The U.S. and Canada received just under 2,000 examples of the 968 for each of the first three years of production and just under 700 cars for the final 1995 model year, making it a rarity even among the relatively modest numbers of Porsches sold in the U.S. each year. In all, fewer than 4,500 examples found buyers in the U.S.

How was that possible?

Lest we forget, German luxury car sales in the early 1990s were still coming out of a recession-induced coma, and those who had the money to buy Porsches were understandably focused on the 993 model rather than the 928 (which was still in production through 1995) or the 968. They were also very expensive for what they offered, viewed through today’s eyes, and faced immense competition from much cheaper Japanese models. Still, U.S. sales accounted for a quarter to about a half of annual 968 production, depending on year.

The 968 gently updated the looks of the 944, but it was largely a new car underneath.

It’s easy to think of the 968 as simply a facelift, but the car was actually 83 percent new underneath, as Porsche liked to point out a little defensively. The 968 is powered by a reworked 3.0-liter inline-four — a development of the 944’s engine — paired with a choice of a six-speed manual or a four-speed automatic transmission.

Has the model aged well, with the benefit of 25 years of hindsight? The 924 and 944 roots are still very evident, to the point that those not well versed in this model range probably won’t be able to keep the four non-911 models straight. The 968 still can still get confused for a 928 pretty easily, thanks to the look of the front fascia, and this is perhaps what kept demand pretty tame at the time: The looks of the 968 were not wildly new, and it was also pretty expensive. Used 944 and 924 cars beckoned those with not enough Deutschmarks to be in the market for a 993 in the early 1990s, and there were always plenty of both models on the secondary market.

Speaking of Deutschmarks, the exchange rate at the time assured that it took about $42,000 to get into a new 968, which adjusted for inflation works out to an eye-watering $76,000 today. And that’s for a four-cylinder Porsche.

The four-cylinder Porsche that the company really wanted to launch was the Boxster — it landed a year after 968 production came to a halt — which also helped depress demand for the 968 in its final model year. Design-wise, the Boxster and the 968 looked decades apart, and the Boxster quickly went to work winning over the wallets of those who benefited from the economic boom of the late 1990s.

But these days, it’s the 968 rather than an early Boxster that we’re excited to see on the street. 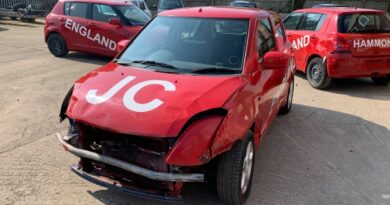 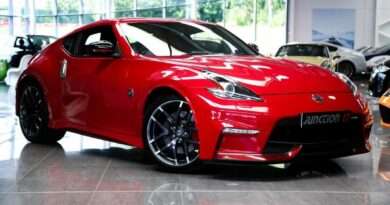 That Time When A Tuner Created The First Mercedes Hot Hatch