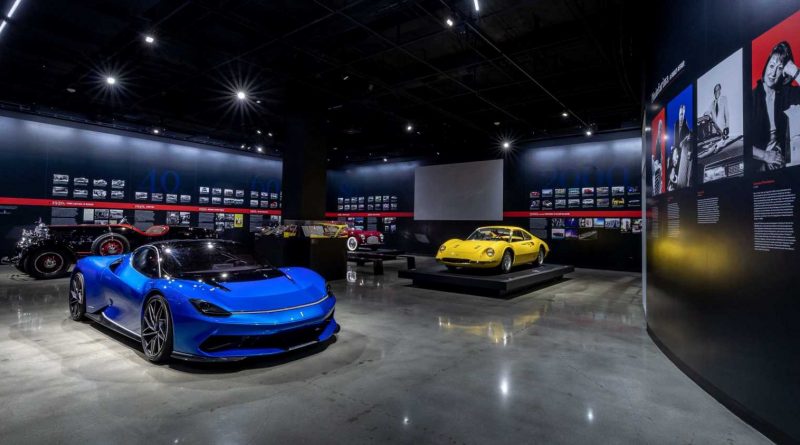 Sporting a four-motor electric drive system and liquid-cooled 120kWh lithium-ion battery pack, Pininfarina claims the Battista will be the most powerful road car ever assembled in Italy. And after its unveil two years ago, the new Pininfarina Battista should finally arrive this year.

Its inclusion in “The Aesthetic of Motoring: 90 Years of Pininfarina” is fitting in that the exhibit shows the Italian designer’s significance and evolution through four major classics representing the company’s storied 90-year history—and one that continues on into the future. 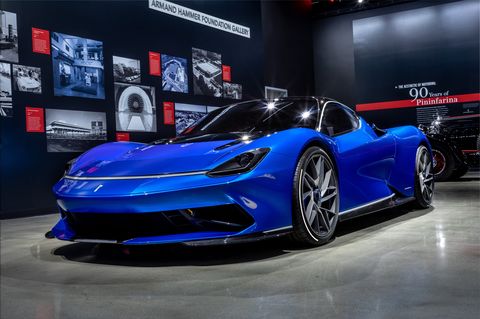 The beauties on display include a 1931 Cadillac Model452A Boattail Roadster, the first Pininfarina body mounted on a non-Italian chassis; a 1947 Cisitalia 202 Coupe, which some would say is among the best-looking cars ever built; a 1966 Dino Berlinetta 206 GT Prototype, the first mid-engine Ferrari; and the 2019 Automobili Pininfarina “Battista,” an early design model of the luxury hypercar. A 1967 Ferrari 365P Berlinetta Speciale “Tre Posti,” the last vehicle Pininfarina did for a private client, replaces the ’66 Dino in April.

“With its commitment to elegant, aerodynamic design and small-scale production, Pininfarina has created some of the most innovative and revered car designs in the history of the automobile,” said Petersen Automotive Museum executive director Terry L. Karges. He says the exhibit provides visitors with a behind-the-scenes look at the company’s design history and pays homage to its innovation.

Pininfarina chairman Paolo Pininfarina said it was an honor to have his company’s work shown at the Petersen. “The models on display perfectly represent our identity,” he said, “which today is the same as in the 1930s: the centrality of design, an aesthetic sense capable of creating timeless beauty, the obsession with quality, the force of a tradition that combines industry, and technology and stylistic research.”

The exhibit joins several other Pininfarina-designed vehicles that the Petersen already displays including a 1959 Ferrari 250 GT Interim Berlinetta, an 1985 Ferrari 288 GTO, and a 1989 Ferrari Testarossa. The museum also houses a 1953 Nash-Healey Roadster and a 1954 Nash-Healey Le Mans Coupe, both Pininfarina designed, among others.

The exhibit goes through December 5, 2021. For more information about the Petersen Automotive Museum and its exhibits, visit Petersen.org.

Let us know what your all-time favorite Pininfarina design is in the comments below. 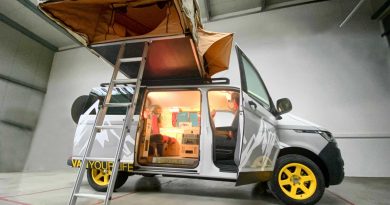