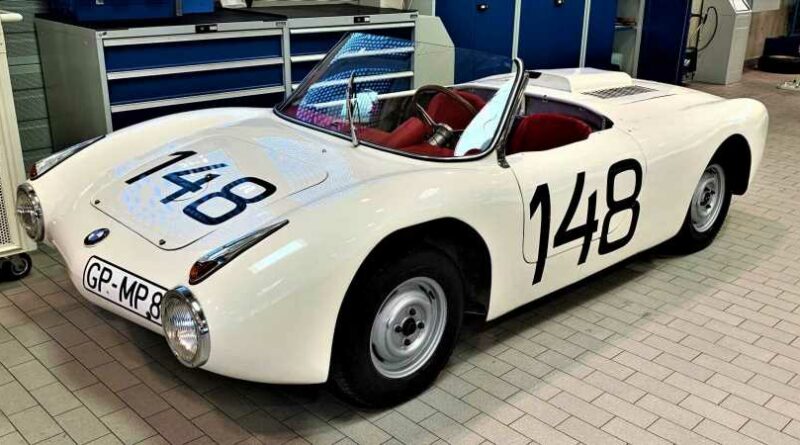 While attending the IAA Mobility show in Munich, we got a chance to see the BMW Group Classic Center not far from BMW headquarters. It’s where real BMW technicians lovingly restore the great classics of the marque.

“The BMW Group Classic Center ensures your vehicle is in the very best hands,” the motto reads. “Not only are our employees keen classic and modern classic enthusiasts, they are also recognized experts in the fields of full vehicle restoration, repairs, and servicing. We take meticulous care in all aspects of our preservation and maintenance work, and the focus is always on ensuring originality and an exact fit—because unique classics deserve a unique service.”

Some of them are even for sale. Or, you can get them to find the car or bike you’re looking for and arrange to have them buy it for you. Then they’ll be happy to restore it to exacting BMW factory specs. The Classic Center certifies cars for authenticity, too.

The best cars they get they put in a museum on the grounds. You never know what’s going to be in the shop on any given day. It’s the luck of the draw. On our day, there were three white M1s up on lifts in the shop, and a 507 with its engine idling over in the other shop. The museum is in a third building. It has every BMW you’ve ever loved.

In normal times, instead of cars-and-coffee, they have “Wheels und Weisswürscht,” but that event is on hold pending the end of the pandemic. You can still get a tour of the museum part of the Classic Center, and you can even get one in English. You have to buy your ticket at BMW Welt across from the famous four-cylinder building next to the Olympiastadion.

In case you can’t get to Munich yourself, here are our 10 favorite cars and bikes from the museum and workshops.

In Jackie Jouret’s seminal book, BMW in the 20th Century, the author says of the 507, “(Albrecht von) Goertz’s design is obviously beautiful, and the car represented the zenith of BMW’s capabilities in the 1950s.” It could hit 137 mph on the autobahn, and was said to be quite sporty on a road course. The only problem was that its sticker price was over $10,000, placing it out of reach of most buyers in post-war Europe and even in the United States. Thus only 254 were ever built. Most now sell for seven figures, with F1 and moto champ John Surtees’ personal 507 hammering for $5 million. You should have bought one when you had the chance!

The 1925 BMW R32 motorcycle helped put BMW on the map as a motorcycle maker. Raced across Europe by the great Rudolf Schleicher, the model was continuously improved over its lifespan, with better cylinder heads and more power. It lead to the R37, R47, and R57, all successful racers. Check out that front fork!

Schleicher was instrumental in the development of the engine in what many consider BMW’s greatest sportscar, the 328. The 80-hp four took Ernest Henne to victory at its debut at the Nürburgring in 1936 in a race for under-2000cc cars. It beat an Alfa 6C by two and a half minutes. The car won hundreds of race from then until WWII put a stop to motorsports around the world.

This 1970 2002 GT4 Frua is one of only two ever made, both show cars that debuted at the 1970 Paris motor show. Designed by Pietro Frua, the car was based on the very popular and iconic 2002, with body stretched and shaped into the fastback you see here. Powered by a 120-hp inline-four, it looks like it would be fun to drive, in addition to being stylish. Unfortunately, we were not offered any seat time.

This cute and beautiful fastback has all the lines of a classic. There was no identifying tags on it but I’m going to say it’s a BMW 1600 GT, which would be the same as the Glas 1600 GT. There was also a Glas 1300 and 1700 GT. Either way, it looks fun. Hans Glas GmbH was located in Dingolfing, where BMW had a plant (still does). BMW bought Glas and put its 1600 engine in the fastback.

The 1954 RS54 was a factory race bike with a 45-hp 500cc boxer-twin and a shaft drive. It was ridden to many victories in Tourist Trophies and even sidecar races. Only 24 of them were ever made.

The 1959 Isetta 250 Export sported a single-cylinder 250cc engine making a whopping 12 hp, enough to move you and one lucky passenger through all of postwar Europe in style. The orange color is a plus. These are so cute that a modern company has appropriated the design and is bringing it back as an EV.

While the 700 coupe and convertible was a popular car in its time, selling almost 200,000 units when BMW really needed a big seller, there were only a couple of these 1959 700RSs ever made. Doesn’t it look cool? This particular one was raced in Europe in 1960 and ’61. One of them was raced by Hans Stuck—the original Hans Stuck—in hill climbs all over the Continent. It was based on the 700 Coupe but had a lightweight tubular frame and a mid-rear-mounted engine. Said the BMW Classic Center’s director, who has driven it, “It’s a beast!”

Imagine having this 1969 2002 wagon as the parts hauler for your shop. If your shop is the BMW Classic Center, then this would be perfect.

Before BMW made motorcycles of its own, it made engines for other makers. This 1921 Victoria KR1 is the first bike to get BMW power. In this case it’s a BMW M2-B15 flat-twin. Check out the drive chain, it’s made out of leather. On the other side is an exposed “baloney slicer” flywheel. The 494cc flat-twin made six and a half horsepower, good for 48 mph. 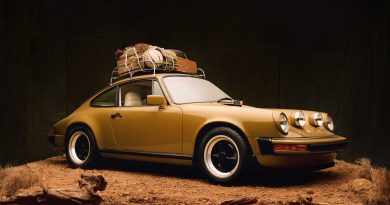 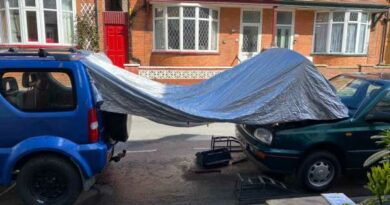 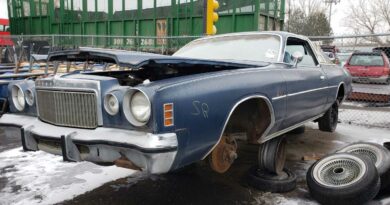