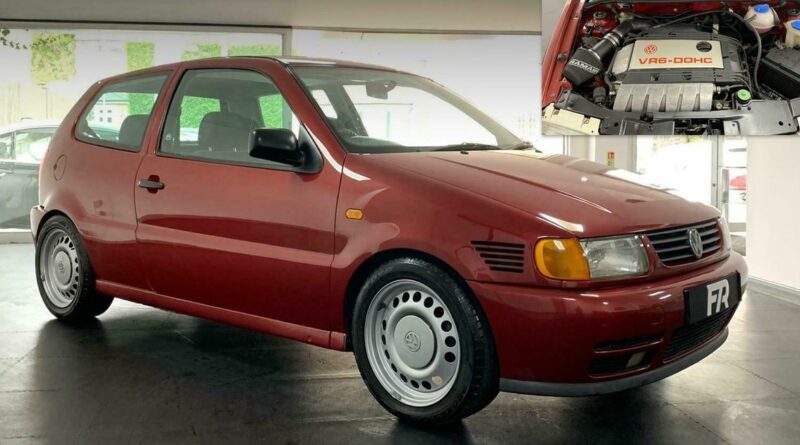 In terms of performance, the poor VW Polo has long stood in the shadow of the VW Golf. Aside from the entertaining, supercharged G40, none of the go-faster Polos have been anything particularly special or memorable. This particular Polo, whether it was the builder’s intention or not, manages to retroactively right this wrong.

It’s a fairly ordinary-looking dark red third-generation ‘6N’ Polo which most wouldn’t even give a second look. There are a few clues to what’s going on underneath, however.

It sits noticeably lower than a stock CL-trimmed 6N on banded steel wheels, the single-exit exhaust pipe is fairly sizeable, and there are some vents on the front wing that look like they’re off a late 80s/early 90s supercar. There’s a good reason for the presence of the latter – lift the bonnet, and you’ll find a 2.9-litre VW VR6 engine borrowed from a Mk3 Golf mounted on a swapped subframe.

Crucially, it’s the later dual-overhead camshaft, 24-valve version, meaning this super narrow-angle ‘V6’ is good for nearly 190bhp. Most 6N Polos weigh less than a tonne, so even with the weight gain of the fairly hefty, iron block VR6, this will be nicely fast.

Thankfully, the brakes have been upgraded, although the advert contains neither details of the new stoppers nor the uprated suspension (we’ve asked the seller and are awaiting a reply). We do, at least, know that those banded 15-inch wheels are off a Renault and that they’re wrapped in Toyo Proxes.

While the engine has covered 85,000 miles, the car it’s slotted into has travelled nearly twice that distance. You wouldn’t know it, though. It looks very tidy inside and out, and there’s said to be no rust. But still, this wouldn’t stop us from having a good poke around all the usual trouble spots during a viewing.

Recent work includes a new timing chain, clutch, flywheel and head gasket plus a cylinder skimmed head. It cropped up for sale on eBay last year listed for £4,695, and it’s now advertised on the same platform by a used car dealer in Hertfordshire. It’s a little more expensive this time at £6,995. 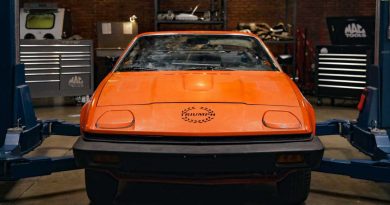 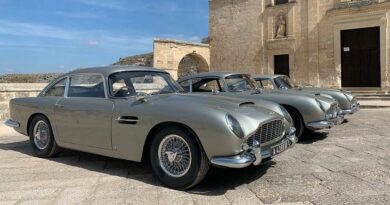