Home » A Guide To 'Trading Up' With Cars 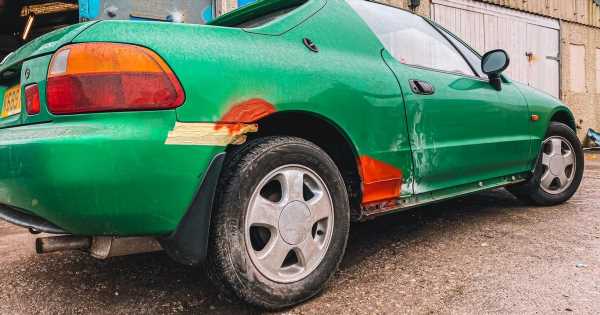 It’s a very familiar notion, buying low and selling high. Some of us may have had sporadic luck with making profitable sales while others have vowed never to return to eBay. But is ‘trading up’ really a viable route into your dream car?

The aim is to deal with cars of progressively increasing value until you’re in a position to secure the car you really lust after, and there are numerous ways that you can add value. One which requires the least amount of work is improving on poor advertising. It’s astounding how often great cars are listed with photos seemingly taken on a nice chipping potato, accompanied by a description that would fit on the back of a postage stamp.

Once you’ve found such a car, conduct your preliminary lines of enquiry. Use the government website to check the MOT history and when the last logbook was issued. It’s simple to do, and it can help quickly narrow the search field. Assuming everything checks out it’s time to arrange a viewing and put your negotiating face on, and once you’re the proud new owner, you can think about adding that profit.

Spend some time ensuring the car is looking its best. A cutting compound, a machine polish and a good detail can work wonders for tired paintwork, but don’t ignore the interior. Potential buyers can be quick to disregard a car with heavy staining to the upholstery, but an inexpensive ‘wet vac’ will have everything looking factory fresh in no time.

Photoshoot location plays a big part, too. Consider what type of environment will best showcase your car – a brutalist urban scene perhaps, or maybe a picturesque beauty spot. The world is your canvas and the resulting pictures will really stand out from the crowd.

Details can be a dealbreaker, and this is equally true in terms of your description. Imagine you’re out looking for a new car and you stroll past two dealerships – the first is a dilapidated building with a slightly hostile person standing outside, shouting about how their cars have never let them down. The second, a well-maintained frontage with an articulate and knowledgeable person who refrains from trying to coerce you into parting with your debit card details but instead happily, and frankly, discusses their vehicles with you. Channel the energy of the latter when you write – in the vast ocean of aggressive advertising, be the island oasis of calm.

Last summer I stumbled upon an advert for a tired-looking Alfa Romeo Spider, up for £1250. It had a year’s MOT and sounded to be in good mechanical shape, but the pictures made it appear more 50 Shades of Blue than the Blu Vela it claimed to be. Upon physical inspection it was the perfect trading up candidate – it drove excellently but the paintwork was faded and the lacquer was peeling in places. Relatively minor issues, but enough haggling ammunition for me.

I managed to persuade the vendor to let me take it off his hands for £750, but don’t feel too bad for him, he was making garage space for his Bentley. Over the next couple of weekends, I got to work, first using 3000 grit sandpaper and a can of clearcoat to improve the appearance of the peeling top coat before finishing with the machine polisher. Two weeks later and I had resold it for £1500. Not ‘quit the day job’ money by any means, but for the minimal outlay of a few sheets of sandpaper and some elbow grease I was more than happy. A beautiful car had been saved, I’d had the enjoyment of owning and driving it for a few weeks and now it was to be cherished in its new home.

If you’re mechanically minded and have the time there is another way where the rewards can be even greater. MOT fails, unfinished projects, barn finds; the internet is littered with such listings. Cars are sometimes consigned to the scrapper for the most minor of ailments. In particular, I’m always tempted by vehicles listed for peanuts that have failed the emissions test but remain in otherwise good order. Numerous such cases have passed through my hands and often, and once serviced and driven with some vigour up a steep hill, they fly through an MOT inspection.

Sadly, we live in a throwaway society, but there is money to be made from what others prematurely discard. The most expensive part of most repair bills sits firmly in the labour column. With the average hourly rate costing £47.47 it doesn’t take much to imagine how a few mundane tasks can quickly stack up and convince an owner it’s not worth fixing.

Just like any other business venture, there is no reward without risk. It won’t go to plan every single time. What was thought to be condensation may turn out to be a blown head gasket, that patch of surface rust could be distracting from the deeply embedded rot and a profit margin will disappear before your eyes. Trust me.

One such project was a Gecko green Honda CRX – a ‘90s two-seater with a fantastic back story. On the first inspection, it appeared to be suffering from some minor surface rust to the arches, but once we started to dig deeper it was clear that the rot was much more substantial. Once completed it looked stunning and quickly found a new home on the mean streets of the London.

Hone your instincts, buy with your head, not your heart, and trading up can absolutely work. It might not land a Porsche on your driveway within a fortnight but you’ll learn with each transaction, becoming a more astute buyer and better salesperson with each project. The greatest pleasure for me lies in experiencing a wide assortment of cars, getting to revel in the charms of a high revving VTEC engine one week and the next being cocooned in swathes of heated leather and walnut trim (or at least something synthetic imitating walnut). I haven’t traded up to my Rolls Royce just yet, but getting even part of the way there will be one hell of the ride. 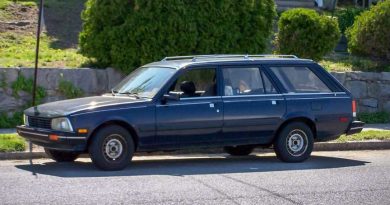 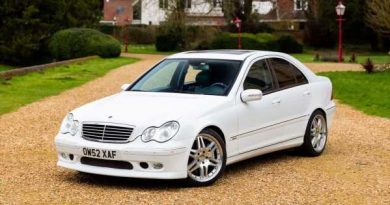 This Brabus C3.8S Is A Rare Mercedes C32 AMG Alternative 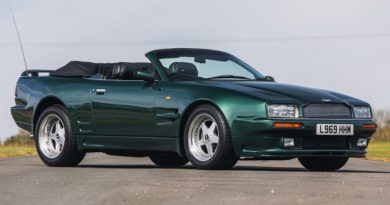