I’ve been spotting some Audi S4s in Denver self-service wrecking yards lately, including this ’01 and this ’05, and of course that led me down the rabbit-hole of German-market Audi television commercials. This one for the 2003 Audi S4, which boasted a beastly-for-the-time 339-horsepower V8, posits an alternative universe in which a hookwormy German hay farmer — a Stalingrad vet, we might as well assume— piles into his early-1940s Chevy truck and takes the dog for a slow-speed drive in the Teutonic counterpart of Butcher Holler… only to be snatched up in the backwash of a new S4 traveling at approximately 450 mph. The truck appears to be a 1941, 1942, or 1946 model, meaning it had 90 horses under the hood when new, but that doesn’t matter when the S4 assists it to Ludicrous Speed. 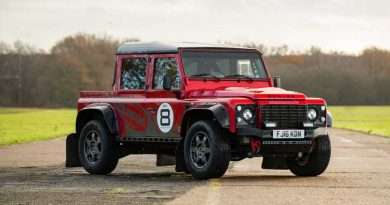 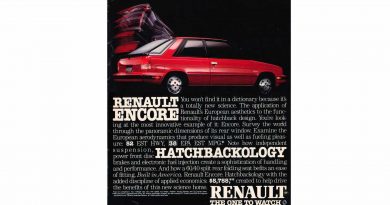 Get a Degree in Hatchbackology with the 1984 Renault Encore