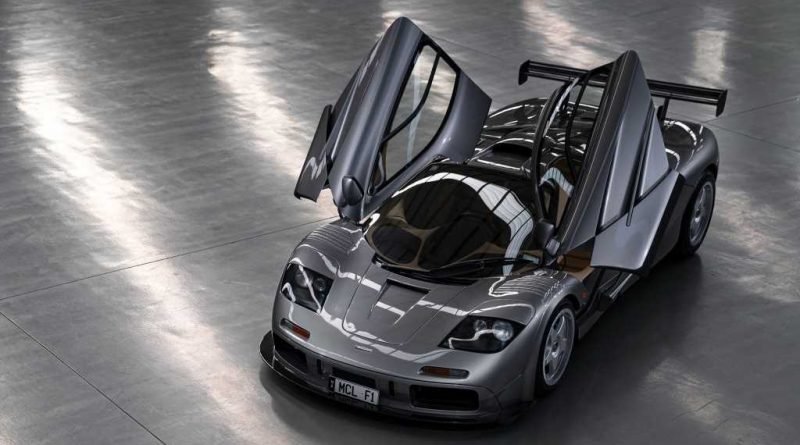 All things considered, it hasn’t been the easiest year for collector cars when it comes time to actually sell one. After years of rising tides and soaring values, more commonplace Porsches, Ferraris, and even Shelby Cobras have all taken a moderate downward adjustment of, say, 15 to 20 percent. Still, the low-volume, ultra-desirable cars at the very top of the pecking order continue to command big money for the best examples. So far this year, the most valuable car to sell at auction was a 1939 Alfa Romeo 8C 2900 B Touring Berlinetta at $18,997,883—a sister car to the Alfa Romeo that won both the Best of Show award at last year’s Pebble Beach Concours d’Elegance and the 2018 Best of the Best award. But this month in Monterey, a 1994 McLaren F1 may well dethrone the Alfa with a presale estimate of $21,000,000 to $23,000,000. 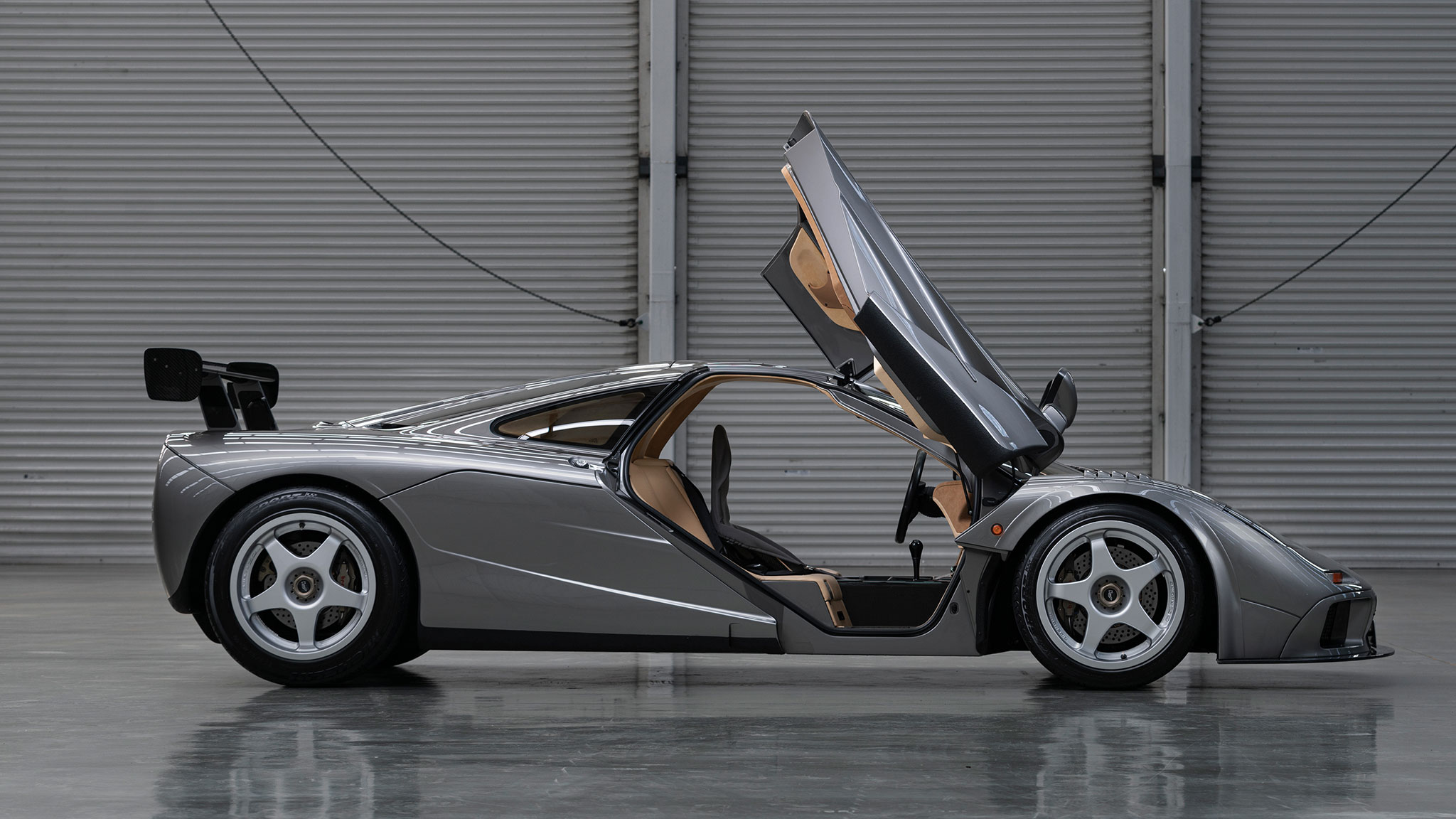 What can you say about the McLaren F1 that hasn’t been said before? As supercars go, the F1, designed by Gordon Murray after a long stint designing actual race-winning Formula 1 cars, was something of a high-water mark. (Murray has recently announced a spiritual successor, to boot.) Fully analog with a six-speed manual gearbox; a 627-hp, 6.1-liter BMW-built V-12 engine; a monocoque chassis made of aluminum honeycomb and carbon fiber; butterfly-style doors; and three-abreast seating with a central driver’s position, the McLaren F1 was a marvel of engineering that was not only excellent to look at but excellent to drive as well. It had a top speed of 240 mph, weighed right around 2,500 pounds, and when it was new it cost the better part of a cool million dollars. A racing version won the 24 Hours of Le Mans outright in 1995, but only 64 production cars were built. 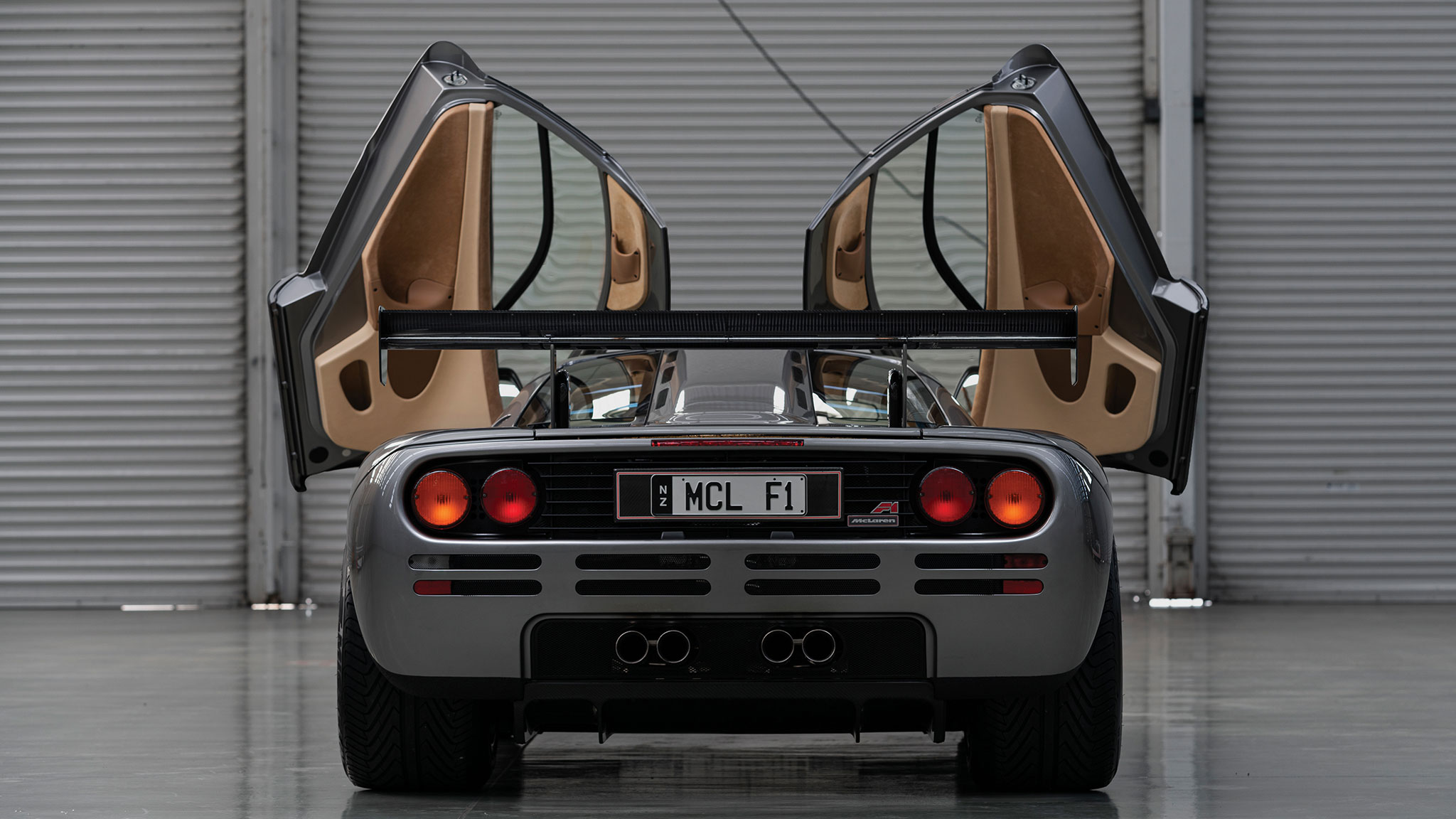 We’ve said it before and we’ll say it again: The McLaren F1 is very much the Ferrari 250 GTO of its time. It’s a car with genuine racing pedigree, manufactured in very limited numbers, and representing a pinnacle of performance in the era it was conceived. There are cars that are similarly dramatic—the Ferrari F50, for example—but 349 of those were made and they didn’t win at Le Mans. The F50 also didn’t move the bar forward as much as did the McLaren F1, which is why you can buy one for a “mere” $3,000,000, nowhere close to the rarified eight-figure range. 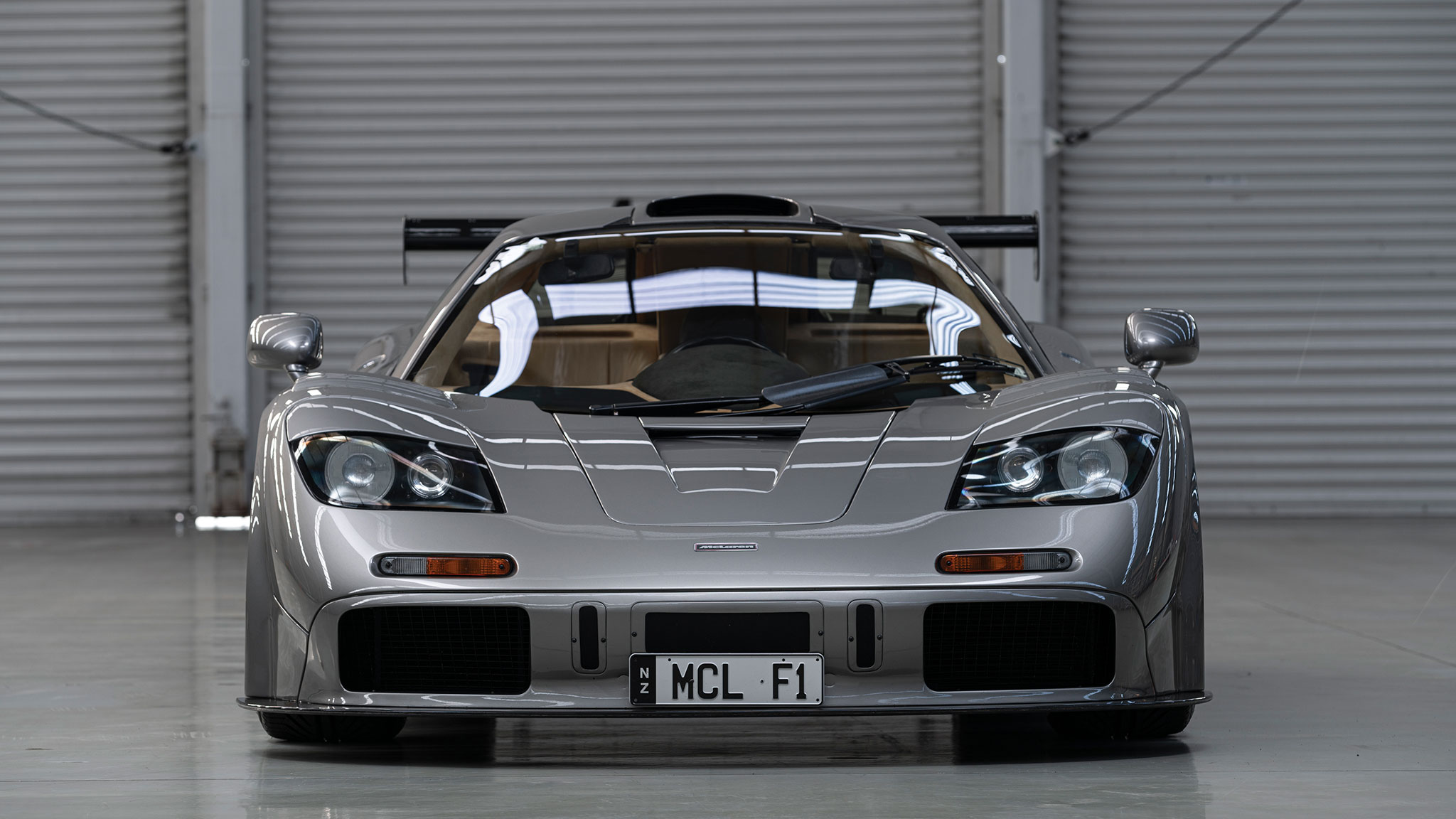 The 1994 McLaren F1 being sold at RM Sotheby’s 2019 Monterey auction is one of just two cars later upgraded to Le Mans spec by the McLaren Special Operations factory program, even while keeping their more luxurious road-trimmed interiors. (As it turns out, RM Sotheby’s brokered the sale of the other of the two cars privately not long ago for an undisclosed sum.) This car, chassis 018, also has the Extra-High Downforce upgrades with LM-style front air vents and rear spoiler, as well as the full, unrestricted 680 horsepower of the GTR models. Other factory upgrades include uprated air conditioning and headlamps, a 14-inch steering wheel, race-spec suspension in its softest setting, and 18-inch GTR wheels. A transmission cooler, two extra radiators, and a special exhaust system were also installed. In 2001, the exterior was resprayed in Platinum Silver Metallic (the car was originally delivered to Japan with Midnight Blue Pearl paint) at the behest of its third of four owners. 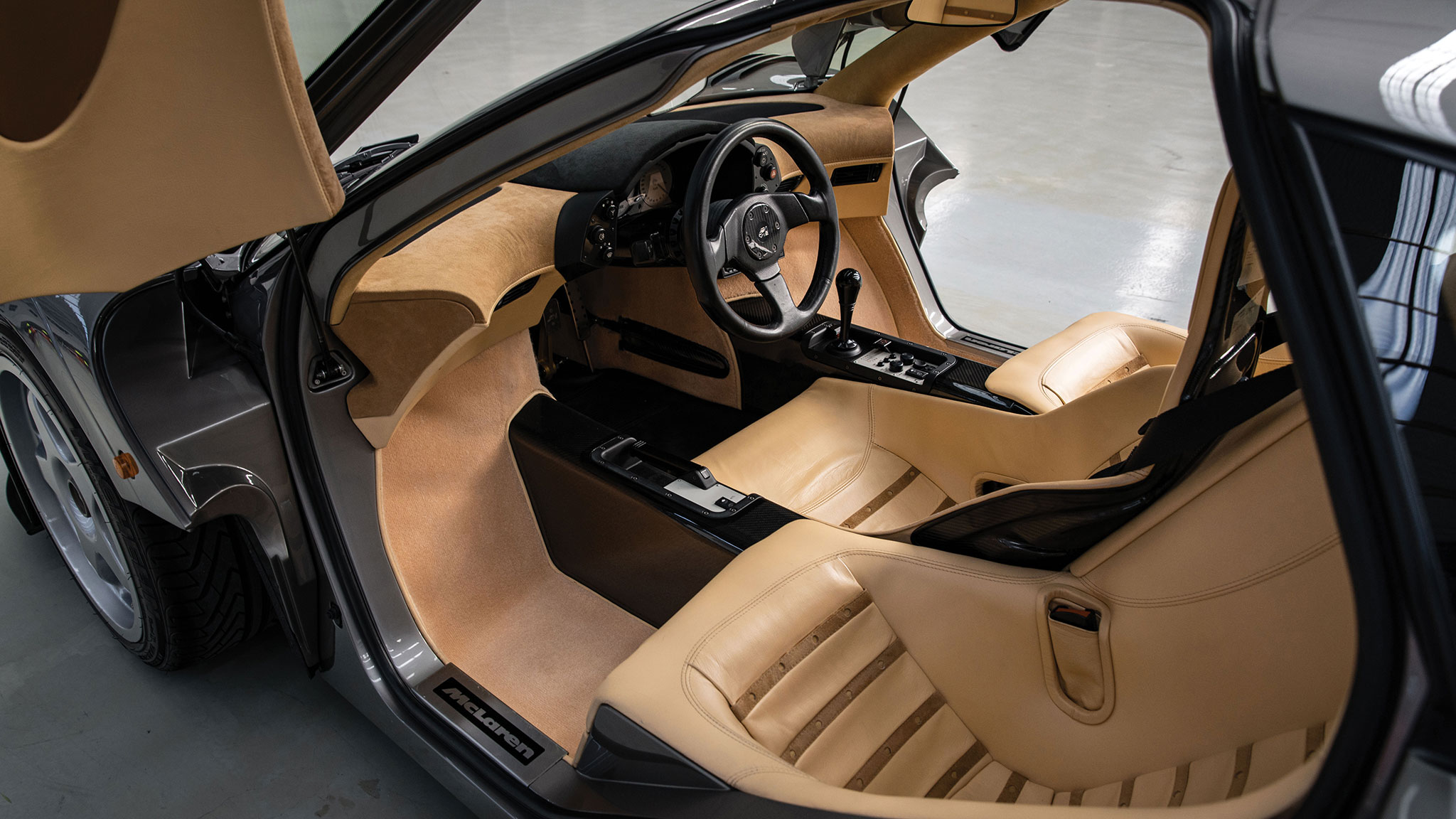 One of the best things this F1 has going for it is that it was actually used. Rather than sitting as a museum piece, it has just over 13,300 miles and has been a part of three McLaren F1 Owner’s Club tours in Italy and France. Its fuel bladder has been replaced several times and the car overall is said to be ready to use and enjoy.

To our knowledge, the most expensive McLaren F1 to have been sold at auction is 1995 chassis 044, which sold at Bonhams’ Quail Lodge auction in 2017 for $15.62 million. We’d guess that privately sold cars have traded hands for even more money; should chassis 018 sell in Monterey this year, it likely will set a new world record for the model at auction, as well as achieving a high sale for the 2019 collector-car auction year. We’ll be in Monterey later this month to tell you all about it. 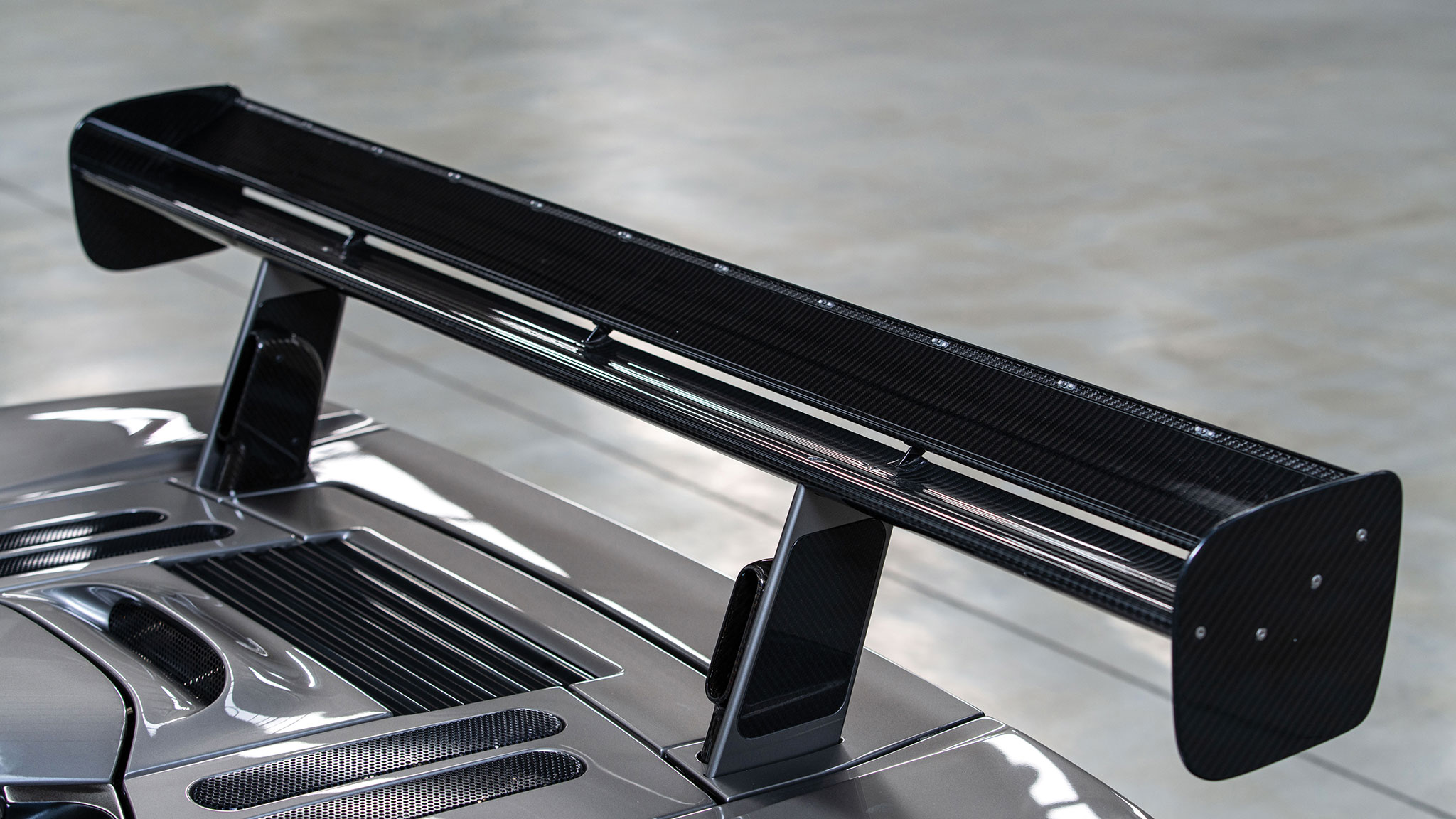 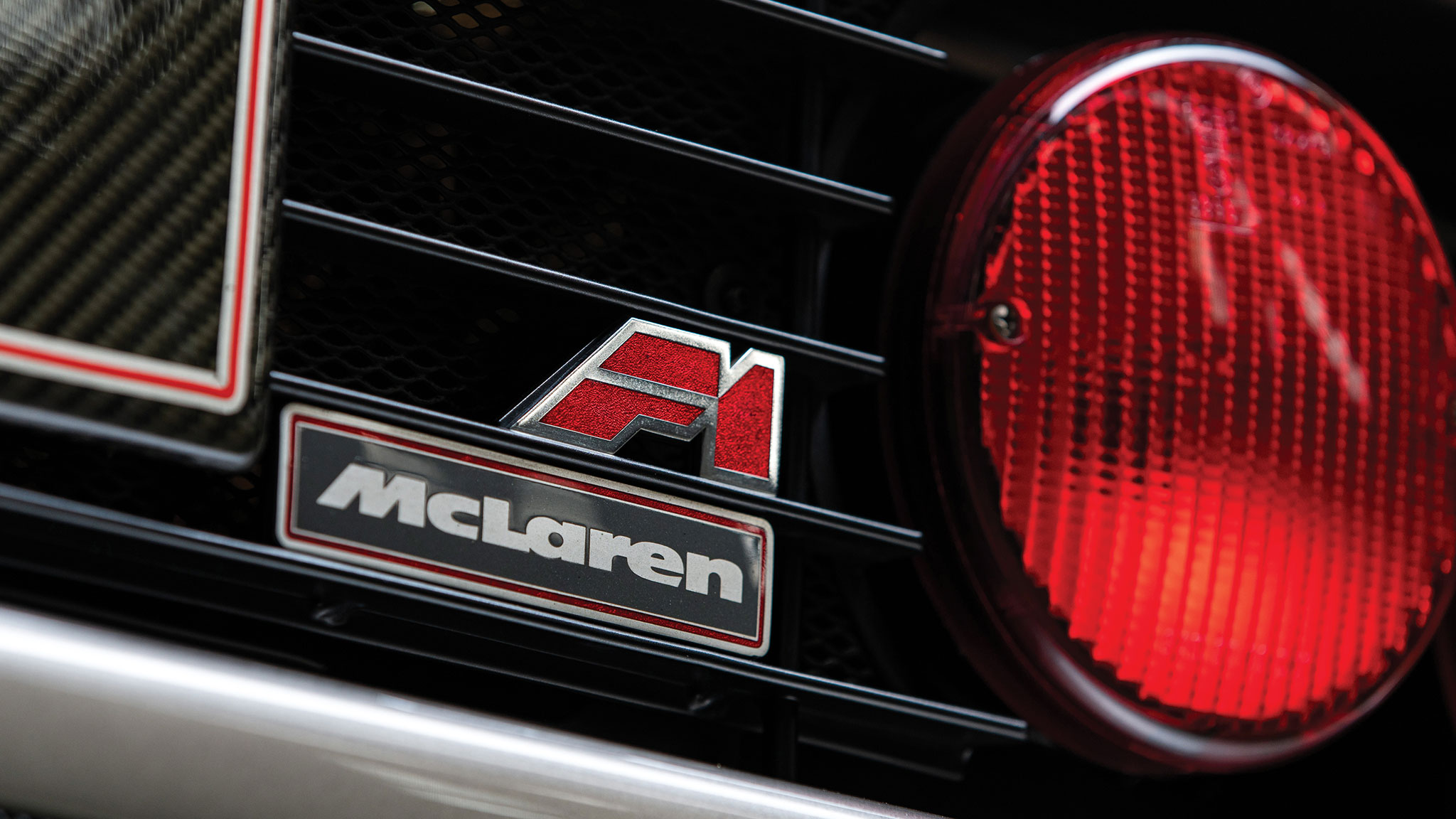 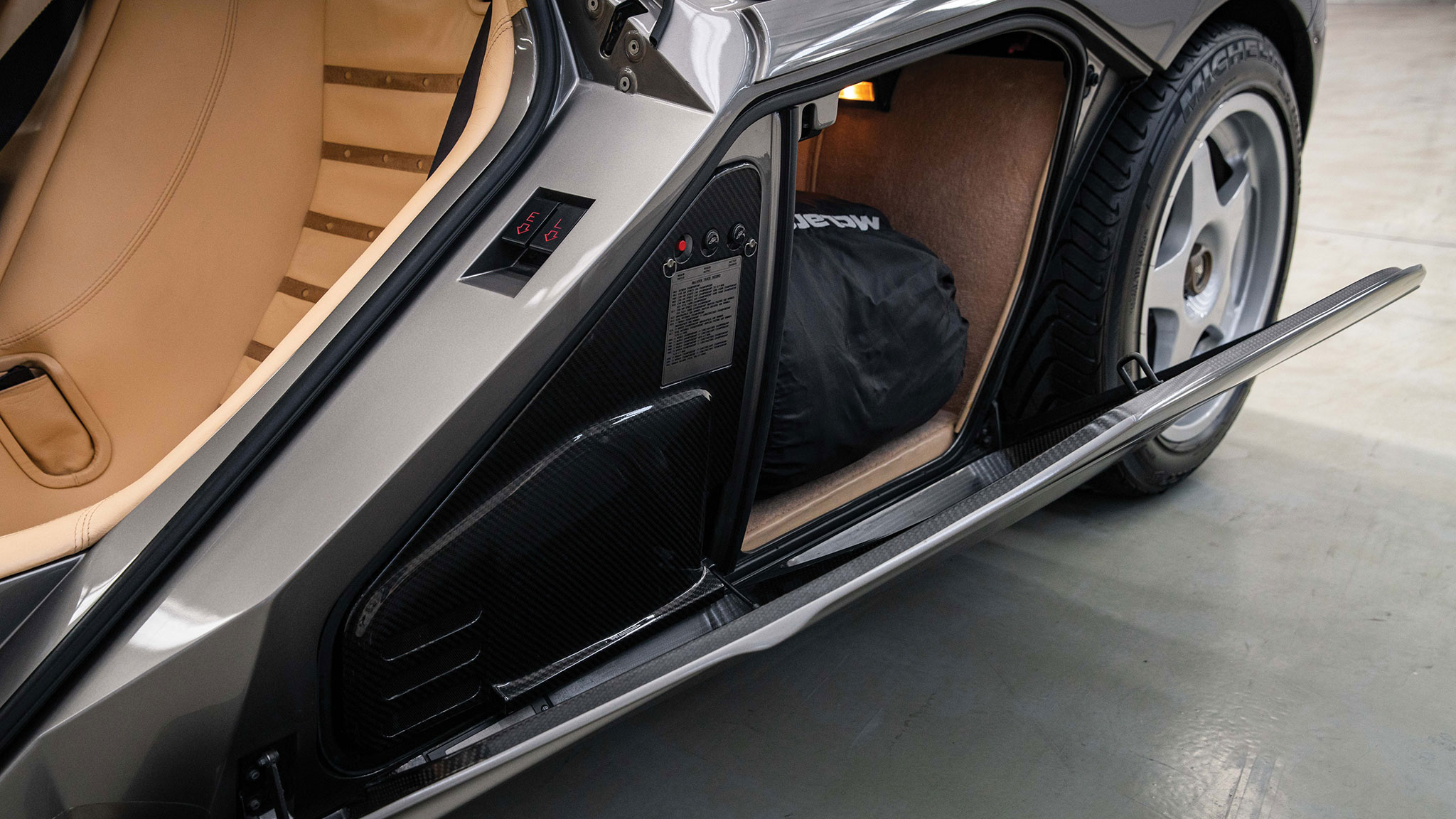 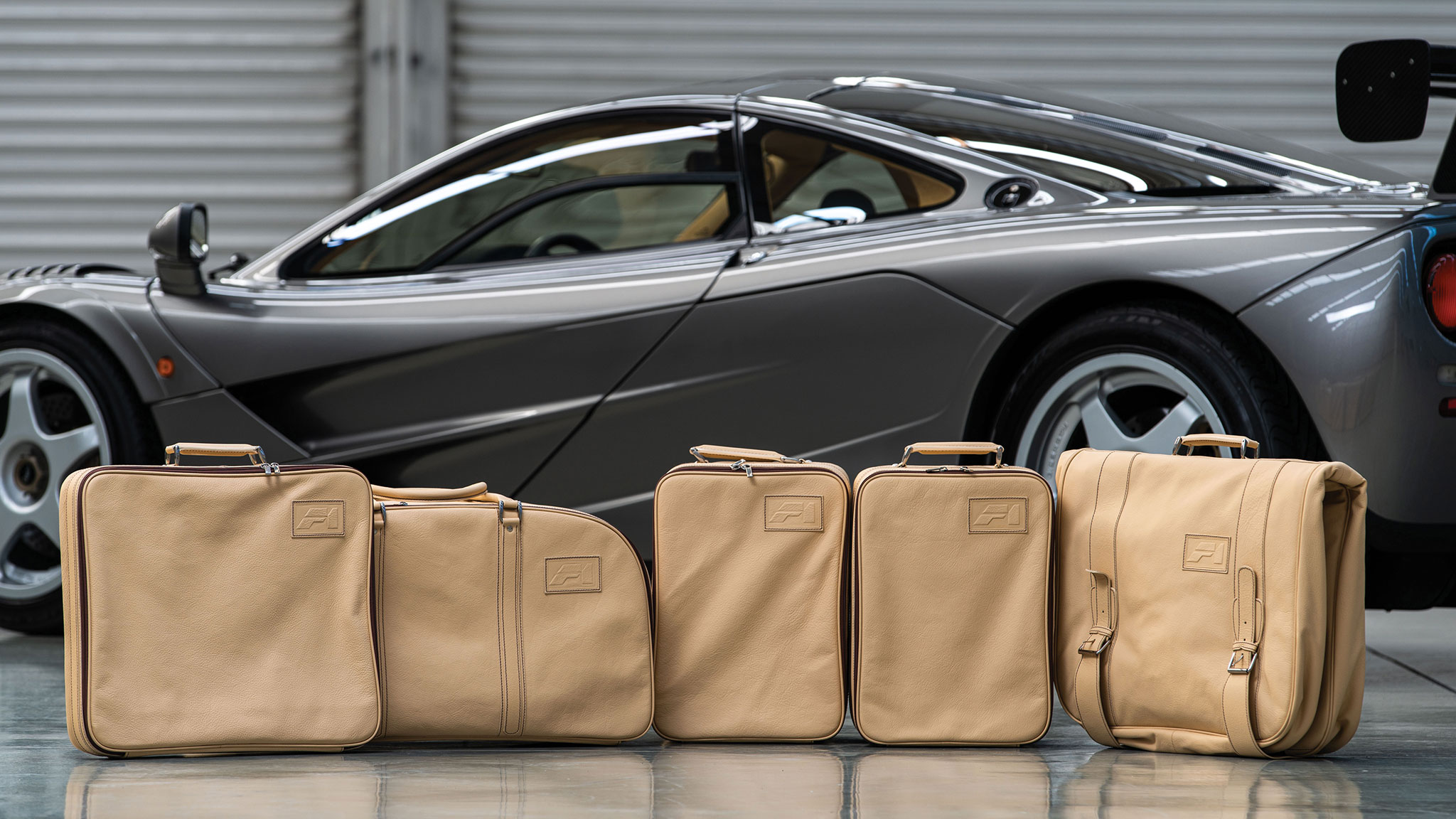 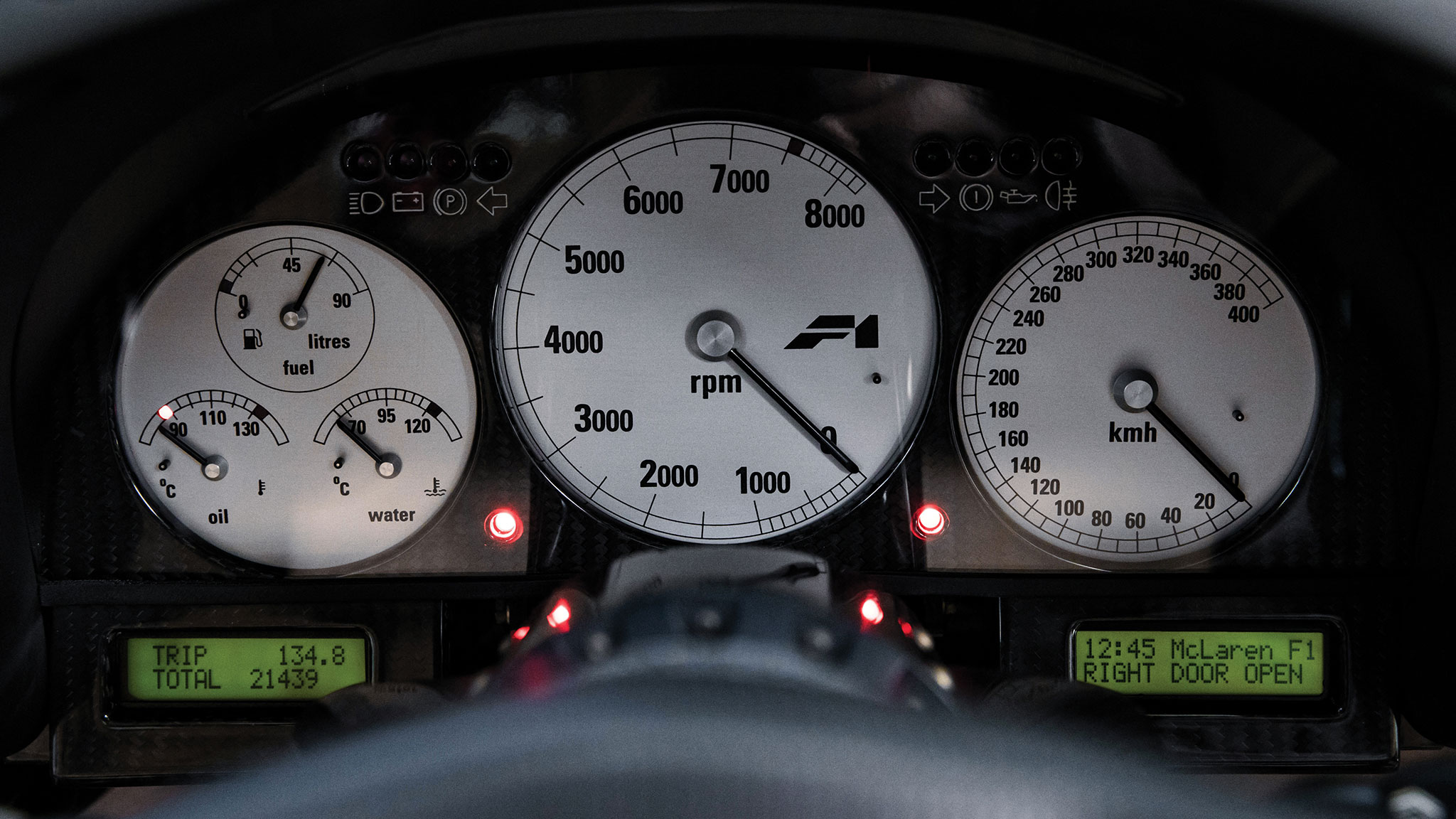 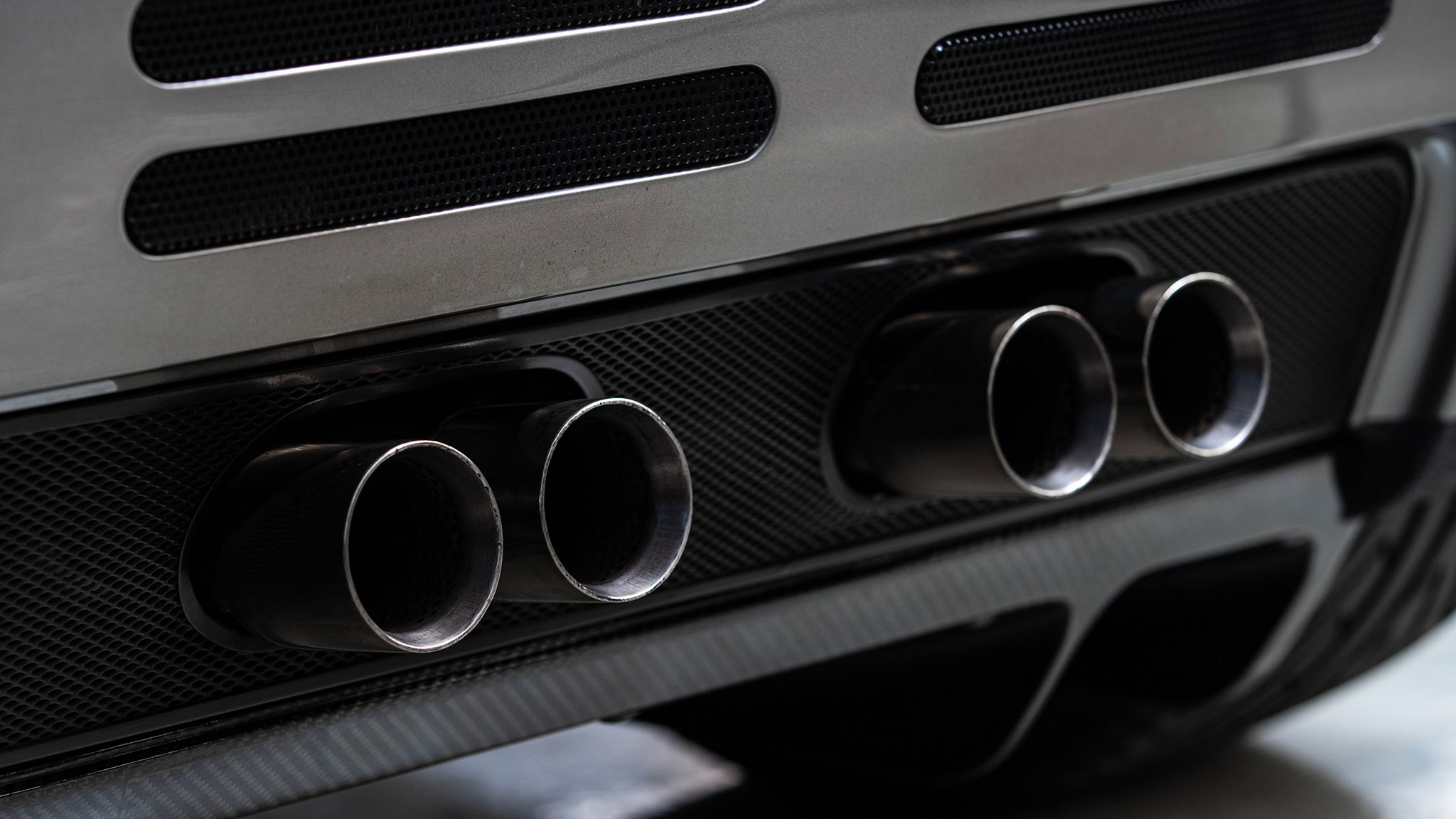 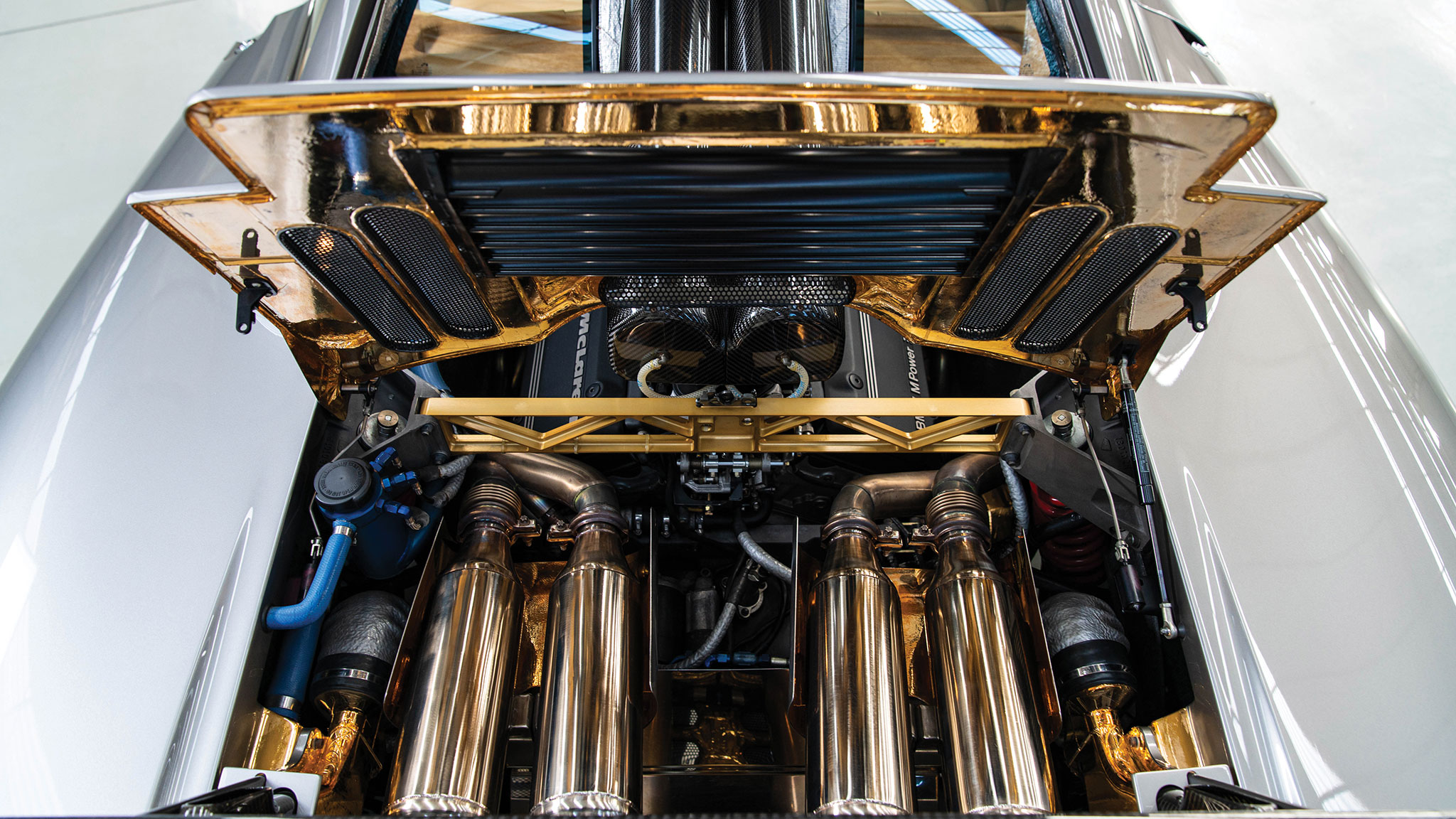 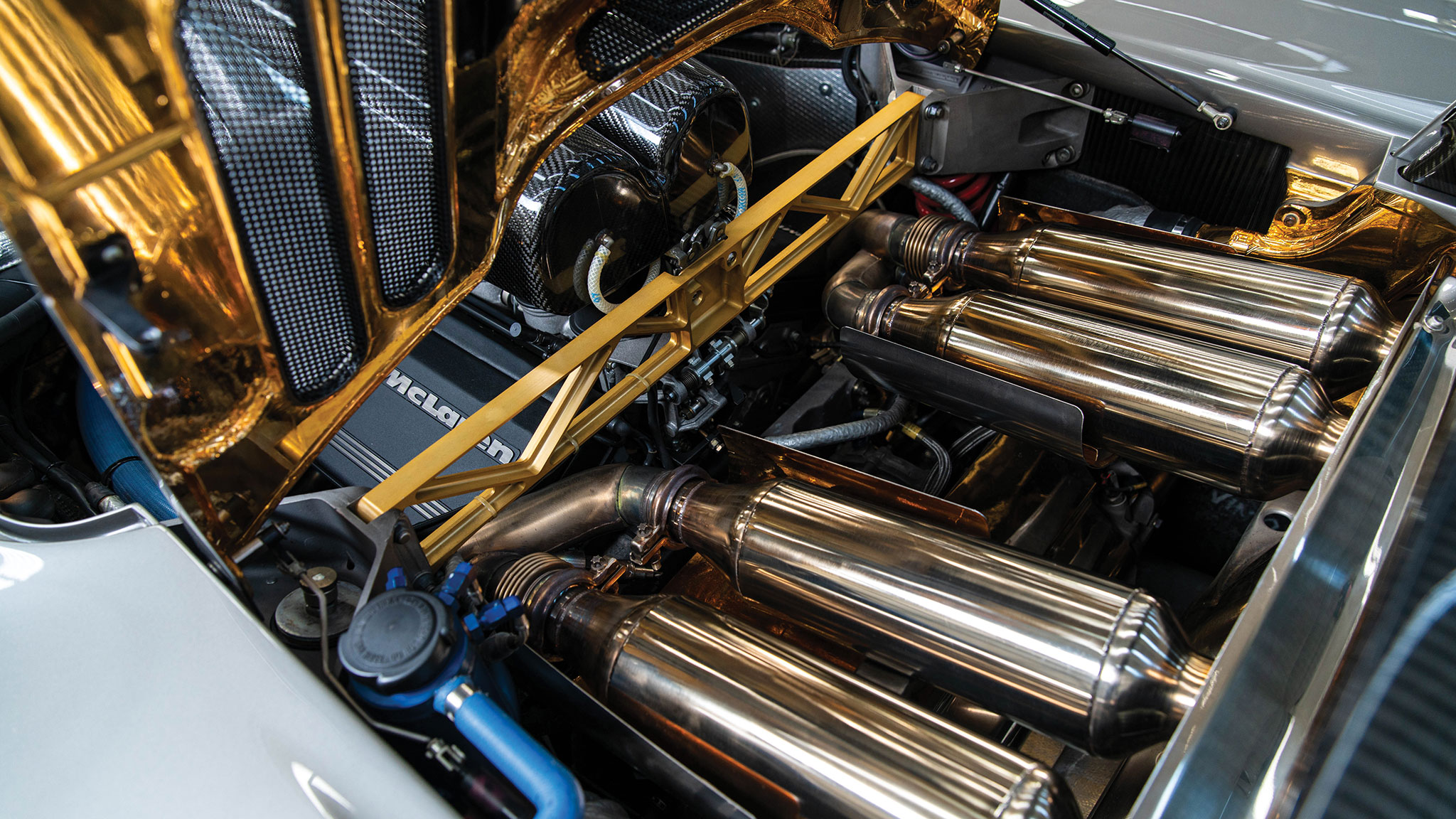 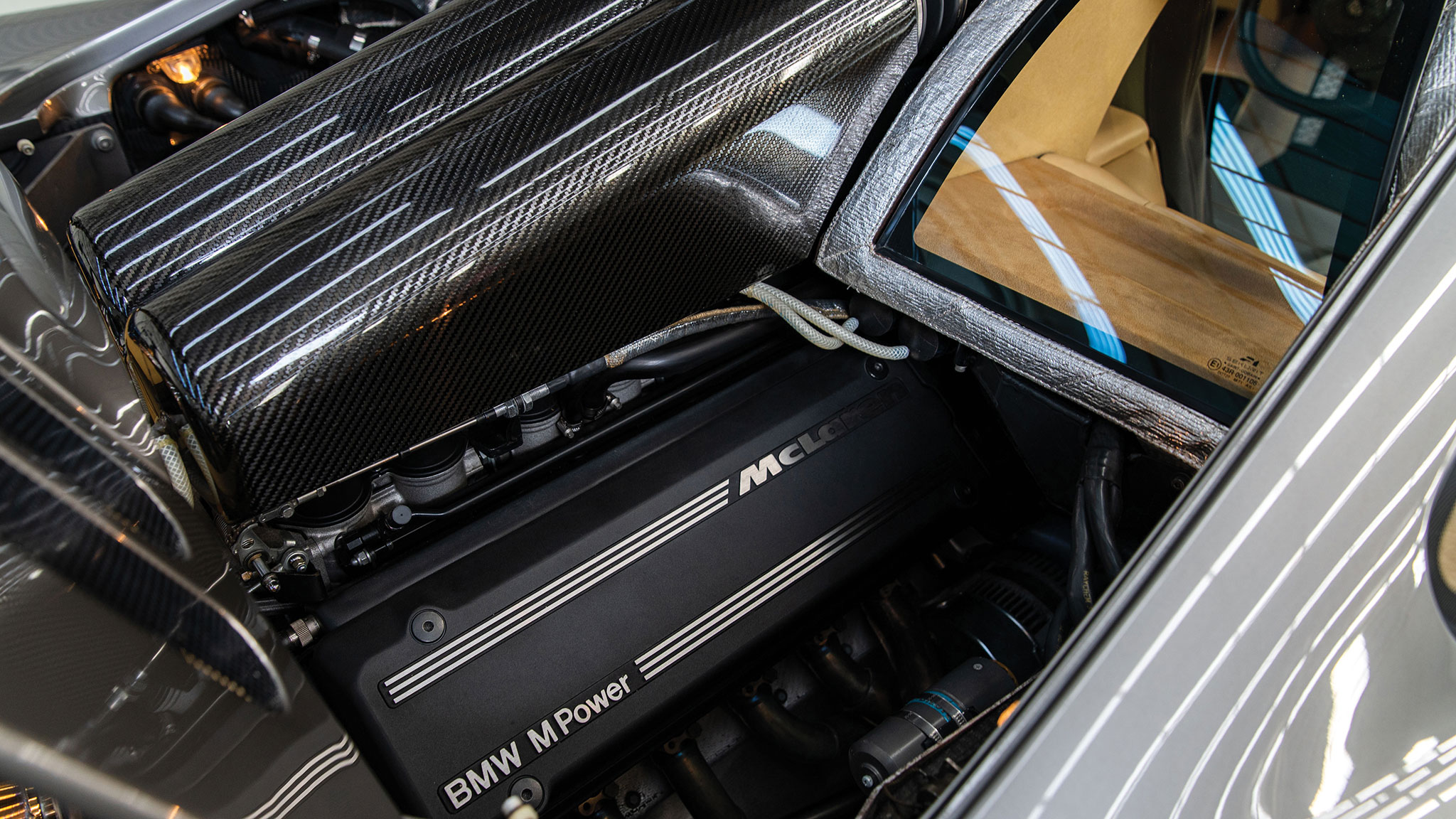 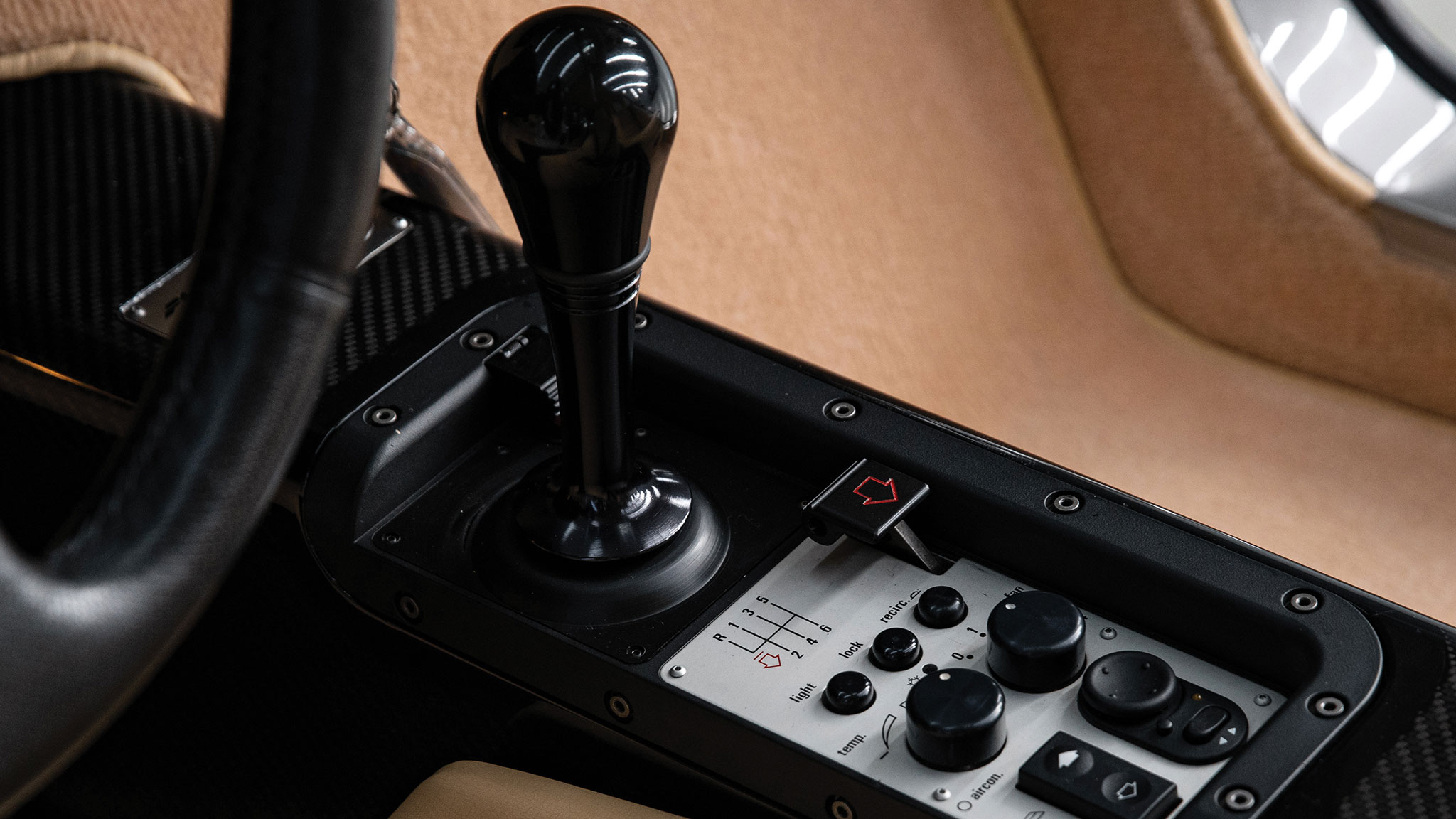 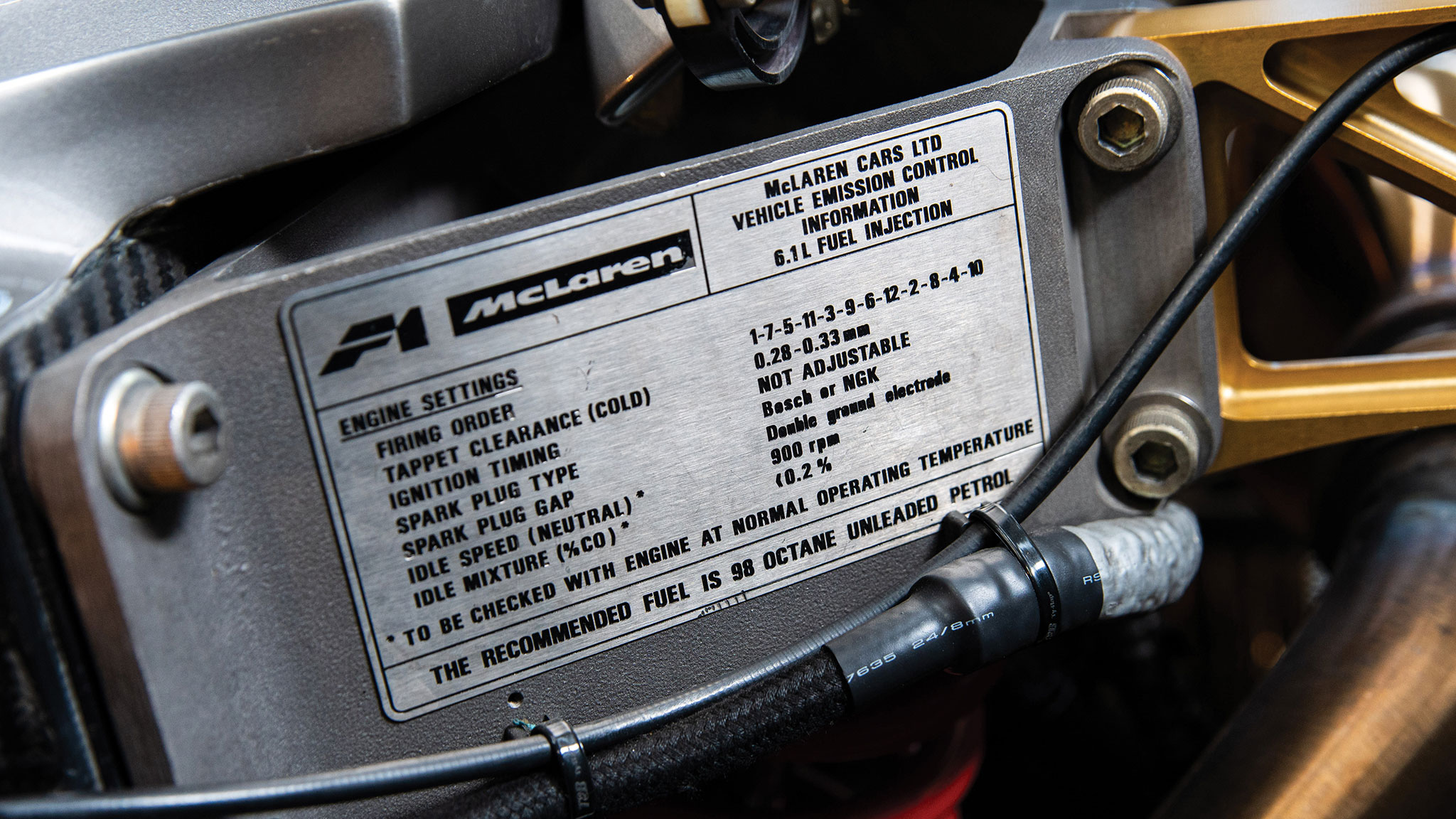 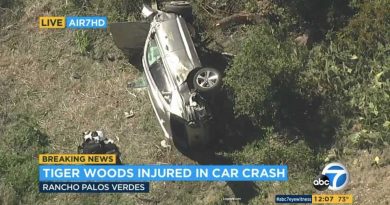 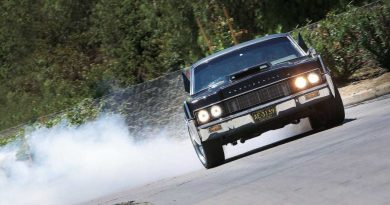 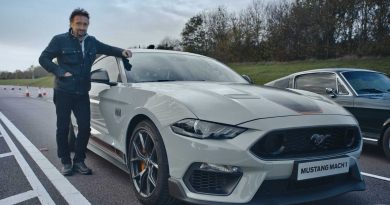