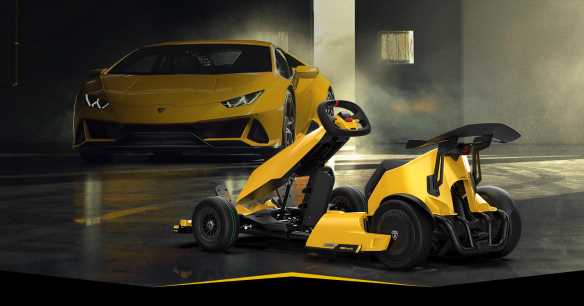 If you’re looking for a single-seat Lamborghini model, the Egoista is probably a good bet. Unfortunately, the “selfish” car is only a concept and you can’t actually buy one for yourself. Fret not, as there’s now an alternative that won’t break the bank, provided you adjust your expectations considerably.

This is the Xiaomi Ninebot Pro Lamborghini Edition, which a special edition version of that all-electric go-kart you see being advertised on social media. Created in partnership with the Italian carmaker to celebrate Xiaomi’s 10-year anniversary, it will only cost you RMB9,999 (RM6,041), which makes it an accessible way of telling your mates you “have a Lamborghini.”

In terms of specification, it is pretty much identical to the existing Ninebot GoKart Pro, with a 432 Wh battery pack that is good for about 25 km of range, or 62 laps around a 400-metre circuit. The battery powers an air-cooled rear electric motor that is capable of generating up to 1.02 g of longitudinal acceleration force. Flat out, the Lamborghini Edition will hit a top speed of 40 km/h, but if you need to be eased into that level of performance, there are four power modes available, starting with Eco that limits the top speed to eight km/h. Stepping up to Sport takes things further to 28 km/h, while Strada increases this to 18 km/h. In Corsa mode, you get full access to the 40 km/h peak.

These modes can be selected via the Lamborghini-inspired drive mode selector on the racing-style and height-adjustable steering wheel, which sits just below a digital speedometer. Xiaomi says the go-kart has a 40:60 front-to-rear weight distribution, and owners can configure the adjustable frame from 51 inches to 75 inches. Only those aged 14 and above, are between 130 and 200 cm, and weigh no more than 85 kg should attempt getting into the 100-kg go-kart.

For easy storage and portability, the entire go-kart measures just 1040 mm long, 852 mm wide and 459 mm when compacted, allowing it to be placed into a boot without much fuss. As the demonstration photo doesn’t explicitly show a Lamborghini, we reckon getting one of these into any of Italian carmaker’s sports cars will be quite the challenge. The go-kart also comes with an accompanying app that allows you to change the go-kart’s power distribution between the rear wheels for a different handling feel. The app also offers four simulated engine sounds – single-cylinder, two-cylinder, V8 and V12 – which are output through four speakers placed around the vehicle. If none of those are enticing, you can play your favourite music via Bluetooth instead.

The Lamborghini Edition stands out from a regular Ninebot GoKart Pro, as it wears the iconic Giallo Orion yellow paint finish with the requisite stickers and badges. There’s also an aerodynamic rear wing at the rear, an “Ice Lake Blue” LED headlamp, a bucket seat, metal pedals and a thermoplastic elastomer (TPE) front lip.

The rear tyres are also made out of TPE to make drifting easier, and you still get a handbrake should you need to force the issue. Last but not least, each unit comes with a special plaque that has the chassis serial number printed on it for that extra sense of exclusivity. Interested?

Porsche Will Probably Need To Build Its Own High-Performance Batteries 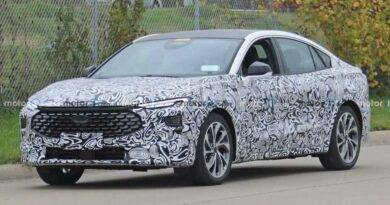 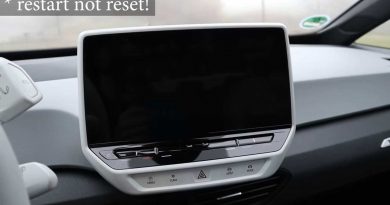 Volkswagen ID.3 Acting Up? This Guy Shows Us Some DIY Fixes