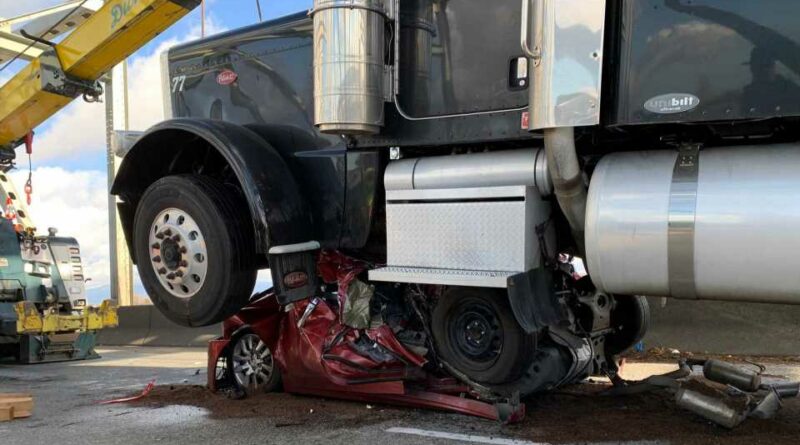 Incredible. No, scratch that. This is beyond incredible. We aren’t talking about the severity of the crash, though it’s not every day you see a car literally folded in half and crushed by a semi-truck. There was a woman in that car, and she’s not dead. In fact, she crawled from the car with hardly any injuries at all. So yeah, what’s beyond incredible? Whatever it is, that’s what we’re dealing with here.

This crash happened the morning of November 16, on Interstate 5 in Mount Vernon, north of Seattle in Washington State. According to The Seattle Times, traffic was slowing down on the Skagit River Bridge when this Nissan Altima was hit from behind by a semi-truck. There was also a semi in front of the car, and the collision caused the rear of the Nissan to fold over. The semi from behind came to a rest on top of the car.

The report says a 46-year-old woman was inside, and looking at the pictures in the Twitter post above would have anyone thinking the worst. Washington State Trooper Rocky Oliphant took the photos and relayed information on Twitter, at first calling it a serious injury accident. But then the semi was lifted from the car, and Oliphant says the woman crawled out under her own power. She reportedly complained of minor pain in her head and ribs, and went to the hospital for further observation. We say it again … beyond incredible.

In his Twitter posts, Oliphant says he’s never seen anything like this in 14 years on the job. In The Seattle Times report, he points out the manner in which the car folded could explain how the driver escaped serious injury. The back served as a buffer, protecting the passenger compartment while also giving the semi something of a ramp to slide on. While the crash certainly wasn’t lucky, he goes on to call the driver the “luckiest unlucky person.”

Straight up, this crash is legit spooky. Obviously we’re thrilled that the driver escaped with just minor injuries, but we keep coming back to one very basic, haunting question: How? Some would say this steps into the spiritual or supernatural realm, and you know what? Looking closely at these images, we wouldn’t disagree.

Stay safe out there everyone. 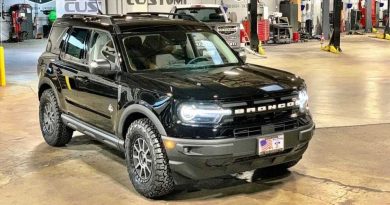 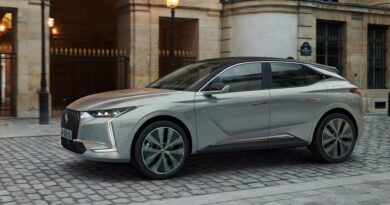