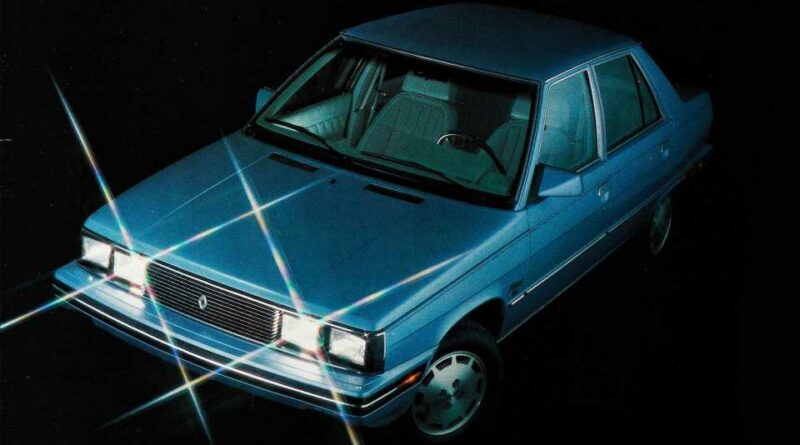 The MotorTrend Car of the Year award stretches back some 70 years, and we’ve taken flak for a few winners, such as the 1974 Ford Mustang II (which we still say was the right car for its time) and the 1991 Chevrolet Caprice (Chevy sent us an LTZ with the police suspension, so it aced the ride-and-handling route). However, few of our winners have drawn as much scorn as our 1983 Car of the Year, the Renault-AMC Alliance.

Honestly, we can’t help but wince when people bring up the Alliance, as one auto exec did recently. Still, going back and reviewing the history, we think our early-’80s forebears made the right choice. Step into the MT time machine, and let’s take a dive into the circumstances behind the Alliance’s 1983 COTY win.

The Times, They Were A-Changin’

Let’s start with a quick overview of what was going on in late ’82 when we did our 1983 Car of the Year testing. First, fuel economy was of outsized importance. Gas prices had doubled since the 1979 fuel crisis, which had caused rationing and blocks-long lines at gas stations. Second, pop culture loved anything European, and particularly anything French.

And third, and most important, the Alliance’s competition was pretty dire.

In 1983, MotorTrend still had separate Car of the Year awards for domestic and imported vehicles, and the Alliance—built in American Motors’ Kenosha, Wisconsin, plant with 72 percent U.S. parts content—qualified as a domestic. The industry hadn’t yet crawled out of the Malaise Era, and the Alliance faced one of the weakest COTY fields in the award’s history. It was competing against just six other cars, and with one possible exception, none was particularly brilliant.

The Contenders for 1983 Car of the Year

General Motors fielded two cars, the Buick Skyhawk in “Euro-style” T-Type form and the Oldsmobile Firenza GT. (These were badge-engineered versions of the Chevrolet Cavalier, which had competed for COTY in 1982 and finished seventh out of 11 in a surprisingly strong field.) Chrysler sent its new E-Class and Dodge 600 ES, stretched versions of the 1981-COTY-winning K-cars. They marked the beginning of the K-body proliferation, which we very soon grew sick and tired of.

Ford had a rather interesting entrant: the 1983 Thunderbird, featuring rounded aerodynamic styling that we called “one of the most radically restyled bodies to come out of Detroit in the last 25 years.” Unfortunately for Ford (and, perhaps, fortunately for AMC and Renault), at the time we performed our Car of the Year testing, the T-Bird was only available with a 114-hp 3.8-liter V-6 engine and an automatic transmission. The V-8, turbo-four, and five-speed manual that would fulfill the Thunderbird’s potential were still several months away. FoMoCo also sent the Mercury Marquis Brougham, newly downsized to the Fox platform and a real snoozer.

Against these competitors, the Renault-AMC Alliance was an intriguing proposition. AMC partnered with Renault in the late 1970s; Renault wanted access to a U.S. dealer network, and AMC needed the cash. Their first joint product was the Alliance, a version of the European-market Renault 9 reworked and restyled to meet U.S. safety standards. In keeping with the innate 1980s coolness of all things French, the car was labeled as a Renault, with the AMC logo banished to a small sticker in the rear window.

Although it was considered a domestic, the Alliance was very European: Its 1.4-liter engine produced just 55 horsepower, but it was fuel injected (Chrysler and Ford’s COTY contenders were carbureted) and promised stellar gas mileage. The Alliance was also a bargain, with a $6,020 base price (about $17K in 2022 dollars) that put it midway between subcompacts like the Chevy Chevette and Ford Escort and compacts like the Cavalier and Tempo. Instead of sending a top-of-the-line model for Car of the Year, AMC sent a midrange Alliance DL with a five-speed manual transmission. Priced at $6,905 (about $20,000 in 2022), it was the bargain of the COTY contenders.

Renault Alliance Cleans Up in Testing

In our instrumented testing, the Alliance rose toward the top, no surprise considering it was the lightest vehicle in the group (the only car less than a ton, in fact) and had the only fully independent suspension. It had the best skidpad grip (0.75 g), the shortest stop from 60 mph (144 feet), and the best time through our 600-foot slalom (6.73 seconds). In our fuel economy loop, it achieved 37.09 mpg, second only to the Skyhawk’s 38.56.

The one place where the Renault had its trunklid handed to it was in our acceleration testing, where it crawled to 60 in an agonizing 14.6 seconds and ambled through the quarter mile in 19.58 seconds at 68.4 mph. Bear in mind that the quickest car in the COTY group was the Dodge 600 ES—94-hp 2.2-liter four-cylinder, five-speed manual—which posted a 12.1-second 0-60 time and an 18.0-second quarter-mile pass.

The Alliance did (relatively) well in our subjective testing. From a visual perspective, we liked how AMC styling chief Dick Teague and his team had integrated federally mandated 5-mph bumpers without ruining the Renault 9’s appearance. Unlike its over-chromed competitors, the Alliance was authentically Euro-chic.

We deemed the handling to be very French. Body lean was so extreme we thought the door handles might scrape the pavement, but the Alliance had adequate grip and poise, and its steering was precise, though power assistance (unnecessary, in our opinion) sapped its feel. The ride was surprisingly comfortable, and in a pre-COTY review, we wrote, “The Alliance feels all the world like an early Peugeot 504 or—dare we say it?—like a Citroën SM. Without the porpoising.”

When we totaled up the scores—we used a convoluted points system back in those days—the Renault was on top. It ranked first in the subjective categories of Styling and Design, Comfort and Convenience, Ride and Drive, Value, and—believe it or not—Quality Control, and it came in second place in the Handling and Fuel Economy categories, behind the Thunderbird and Skyhawk, respectively.

All six judges ranked the Alliance tops in this modest group, and executive editor Jim McCraw summarized what set the car apart from its budget-priced rivals: “It took Chevy almost eight years to get the Chevette somewhere close enough to right, and Ford three years to straighten out the Escort. But the Alliance is as close to perfect as any first-year car I have ever encountered.” Said senior editor Kevin Smith: “Everyone in Detroit is talking ‘European-style’ in form, finish, and feel. AMC and Renault have shown the right way to get it.” Senior editor Bob Nagy noted that while the Thunderbird was the real head-turner, “When it came down to rating this field from the standpoint of overall value, I found the Alliance’s combination of style, comfort, and performance simply unbeatable.”

How Did the Other Cars Do?

How did the other COTY hopefuls stack up? The Buick Skyhawk T-Type took second place. Its best-in-the-group fuel economy gave it a narrow scoring advantage over the futuristic Ford Thunderbird, a great-handling car dragged down by an unimpressive engine. Next in line was the Dodge 600 ES, which did well in instrumented testing and build quality but fell down on comfort, convenience, and styling.

The Dodge narrowly beat the Oldsmobile Firenza GT, which suffered from odd interior décor and worst-of-the-group build quality. The Mercury Marquis Brougham took sixth place, a victim of its poor fuel economy and tedious handling. “Understeer aficionados will find this one a joy,” we wrote. The Marquis barely beat out the last-place Chrysler E-Class, which was judged worst for value and had a voice warning system that annoyed each one of the judges.

It Wasn’t Just Us…

You could make a convincing argument the Renault-AMC Alliance won our 1983 Car of the Year award because it was the best of a bad lot. It’s worth noting we weren’t the only publication to heap praise on the Alliance—the folks at Car and Driver put it on their 1983 10Best list, citing its “blending of compact dimensions, surprising creature comfort, excellent fuel economy, good looks, and very pleasing over-the-road behavior that ought to have the various Japanese importers talking to themselves. If we were some other magazine, this would be our car of the year.”

So, How Did the Alliance End Up Being Remembered Among History’s Worst Cars?

Part of the problem was timing: We cited the Alliance’s slow acceleration as one of its biggest flaws, and that was with the five-speed manual transmission. Automatic Alliances had only three speeds and were even slower: We timed one to 60 in 17.3 seconds, with a 40-60 passing time of 9.1 seconds. We could deal with slow acceleration when fuel economy was paramount, but gas prices dropped steadily in the early ’80s, and by 1986—the year before Chrysler bought AMC and killed off the Alliance—they were, once adjusted for inflation, at pre-1973-OPEC-embargo levels. No surprise, then, that after a strong start in 1983 and ’84, the year the Encore hatchback version arrived, sales of the Renault-AMCs began a steady decline.

A more powerful 1.7-liter engine arrived for 1985, but by then bigger flaws were emerging: Quality and durability were nowhere near as good as we had thought. In fact, they were dreadful. For what it’s worth, we put our COTY test car in our long-term fleet, adding 11,000 miles with no significant issues, but we know automakers don’t pluck random cars off the line for MT COTY—we’re sure our Alliance, like its competitors, was carefully prepped and checked. In late ’82, however, we could only judge what was before us. AMC’s domestic cars were fairly durable, and we couldn’t know just how bad the Renault-AMCs would turn out to be.

It Could Have All Ended Very Differently

What if the Renault-AMC Alliance had competed not as a domestic car but as an import? Our 1983 Import Car of the Year title went to the Mazda 626, which one judge called “the finest Japanese car I’ve ever driven.” The 626 was a well-engineered vehicle with outstanding ergonomics, solid fuel economy, and great driving characteristics—and build quality an order of magnitude better than any of our 1983 domestic contenders. Other top finishers included the Porsche 944, Volvo 760, Mitsubishi Starion, and Toyota Tercel.

This would have been a much tougher group to beat than the domestic sadmobiles the Renault-AMC Alliance competed against. In fact, there was a Renault in the import competition: the Fuego, a sport coupe based on the old Renault 18 platform. It finished eighth in the 11-car field.

Had the Renault-AMC Alliance competed as an import, it probably would not have been the top finisher—but that means the Buick Skyhawk T-Type would have been our 1983 Car of the Year. We’re pretty sure we wouldn’t have been able to live that one down, either. 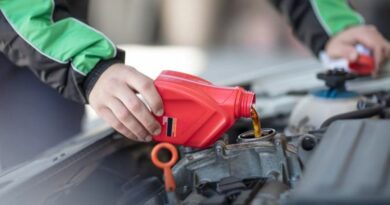 E10 fuel additives can ‘improve combustion’ but do have some ‘limitations’ 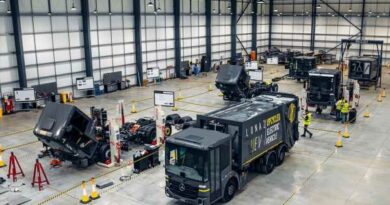 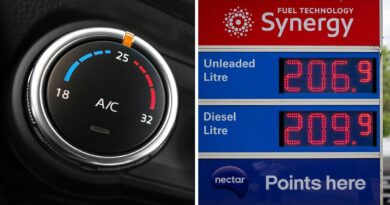