Home » Car Reviews » Which Mercedes-Benz EQ Electric Vehicles Are Coming to America Next? 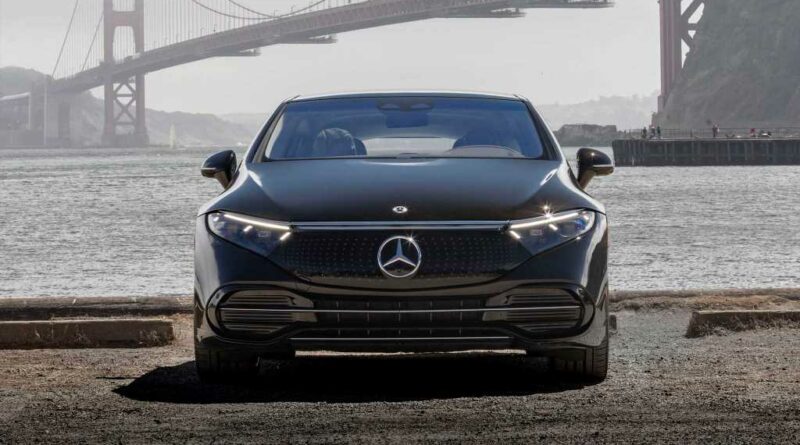 Daimler created the new Mercedes-EQ brand for its lineup of electric vehicles hitting global markets, starting with the 2022 Mercedes-Benz EQS. The rear-wheel-drive EQS450+ and EQS580 all-wheel drive will be in U.S. showrooms by the end of the year.

It is the start of a planned rollout that will only gain steam as Mercedes has said it will soon offer an electric vehicle globally in every segment and sell nothing but EVs by 2030 as part of a $47 billion investment from 2022 to 2030. Not all of the EQ family is destined for North America initially, but here are the vehicles we can expect and when.

The Mercedes-Benz EQS is the flagship of the EQ brand, with a signature look and riding on the EVA2 architecture that will be used for all but the smallest EVs in development. In the U.S. the EQS is only available with the larger 107.8 -kwh  battery—the 90-kwh battery offered in other markets will not be an option here, says Heiko Schmidt, EQ brand manager at Mercedes-Benz USA.

But the U.S. will get the 2022 Mercedes-AMG EQS early next year. The performance car has the same larger battery but has two AMG-specific electric motors and a Race Start mode that briefly increases output to 751 hp and 752 lb-ft of torque from the standard 649 hp and 700 lb-ft. The cooling system was upgraded as well as driving modes with a greater focus on power electronics to get more performance.

The EQS will be upgraded to hands-free Level 3 technology next year in Germany. Level 3 abdicates driving responsibility to the vehicle; the driver need not pay attention but must be prepared to assume control if the vehicle emits a warning to do so. This capability will not be available in the U.S. for a while.

Also coming in the last half of 2022 is the 2023 Mercedes EQS SUV—and yes, that is its formal name. We have not seen the EQS SUV yet, but the Mercedes-Maybach EQS Concept shown in Munich is a good starting point. The EQS SUV is the electric equivalent of a Mercedes GLS, a premium seven-passenger, three-row SUV.

As for an actual Mercedes-Maybach EQS SUV, it would follow in 2023, Schmidt tells MotorTrend in an interview. “I think there is a market for it,” he says. The near-production Maybach Concept, in full ostentatious two-tone form, was shown with faux fur carpet, flower vases, and an integrated cooler, all in a blue and white interior with rose gold accents.

One size smaller than the EQS and next in line is the 2023 Mercedes-Benz EQE sedan (above) which broke cover this fall at the Munich auto show. It will launch as the EQE350 with a single 288-hp motor powering the rear wheels and the smaller 90-kWh battery. It will be available in the second half of 2022.

And there will be a Mercedes-AMG EQS for us in the second half of 2022, Schmidt tells us.

Also on tap is the Mercedes EQE SUV which is a two-row, five-passenger electric SUV that slots in size between a Mercedes GLC and a GLE. It is due in 2023.

Both the EQS SUV and EQE SUV will be built at the Mercedes plant in Tuscaloosa, Alabama.

Mercedes-Benz EQG Powers Up the G-Wagon

The 2023 Mercedes-Benz EQG is evidence the automaker is taking this whole electrification thing seriously. The Concept EQG shown recently at the Munich auto show is near production ready, showing us what to expect in a battery-powered G-wagon.

That includes four electric motors—one for each wheel—and a two-speed gearbox.

Mercedes-Benz EQB Coming, But Not EQA or EQC

The 2023 Mercedes-Benz EQB compact SUV sits on a different platform from the larger EQE and EQS line. While smallish, it can be optioned to seat seven—like its Mercedes-Benz GLB-Class internal combustion engine counterpart, which is attracting young families seeking an affordable premium SUV.

The EQB was developed with Mercedes in China where custom is for important passengers, usually grandparents, to sit in the third row which means it must be comfortable, Schmidt says.

The 2023 Mercedes-Benz EQB is slated for sale in North America in the first half of 2022, after launching in Europe and China. There will be a 255-hp EQB300 and a higher-performance 288-hp EQB350, also with all-wheel drive, with plans for a single-motor FWD version to follow.

Mercedes has said it will launch three electric-only platforms in 2025: MB.EA is for medium to large passenger cars; AMG.EA is for performance vehicles, and VAN.EA is for electric vans and commercial vehicles. There are also plans for eight gigafactories to produce battery cells.

“We want to be the most desirable EV luxury brand in the U.S.,” Psillakis said. 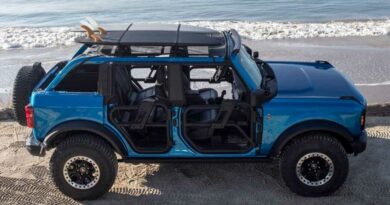 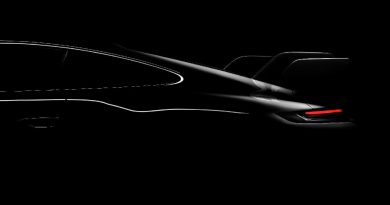