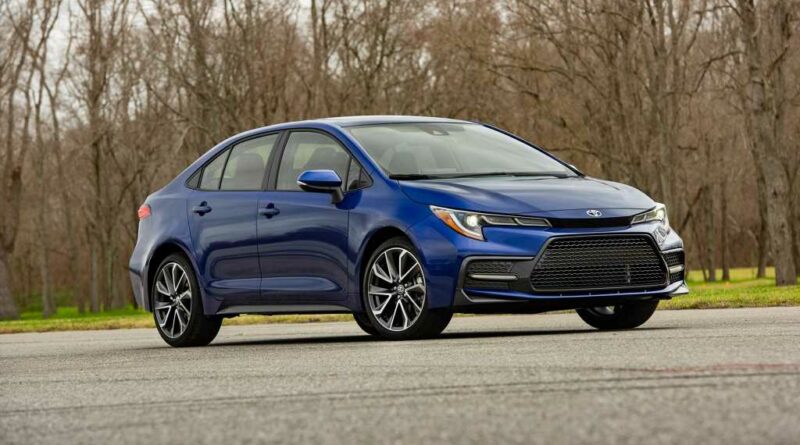 Fully redesigned for the 2020 model year, the Toyota Corolla sedan remains a strong contender in the compact segment it entered way back in 1968. And although Toyota offers a comprehensive array of trim levels, what really matters is what’s under the hood. The 1.8-liter four in the L, LE, and XLE ekes out a paltry 139 hp and complains loudly when pushed even moderately hard. Opting for the SE or XSE variants rewards you with a 169-hp 2.0-liter four that’s much more agreeable and responsive and, in some trim levels, even nets better fuel economy than the 1.8. Finally, if fuel mileage is your main priority, there’s always Corolla Hybrid.

If you’re still torn on which Corolla sedan model is right for you, our trim review can help you decide.

At just over $21,000, the L is the most inexpensive of any Corolla sedan. Even in this basic trim, the Corolla L features LED headlights, a full complement of active and passive safety features, and its 7.0-touchscreen infotainment system now supports Android Auto in addition to Apple CarPlay. That’s 2 inches larger than the base 2021 Honda Civic LX’s screen, which doesn’t support Apple CarPlay or Android Auto (that comes on the next trim). But the Honda returns the favor by offering 2 more inches of legroom (37.4 versus 34.8) in the rear seat, even though the Corolla and Civic ride on the same 106.3-inch wheelbase. The similarly priced Hyundai Elantra is even more spacious at 38.0 inches in the rear.

If only those trim dimensions paid off at the pump. The Hyundai Elantra SE is the mileage champ of the three, wringing out 33/43 mpg city/highway. The Honda Civic is right behind with an EPA rating of 32/42 mpg. The Corolla L can’t crack the magical 40 number and trails with a 30/38 mpg rating.

Riding on 15-inch steel wheels (the Hyundai features alloys; the Civic has 16-inchers) and lacking such amenities as automatic climate control, visor mirrors, and keyless entry, the Corolla L will appeal to only the most value-conscious of buyers. Even then, it’s worth seeing what a few extra dollars will buy.

For less than $500 more, the Corolla LE offers those above amenities missing from the L, but it doesn’t stop there. For instance, the infotainment touchscreen grows from 7.0 to 8.0 inches (the LE Hybrid is shown here). Wheel size also increases an inch, and although the wheels are still steel, the larger rubber is both a visual and performance upgrade. Speaking of rubber, the wipers gain a variable intermittent setting.

Given that the price difference is so small, we think the additional features make a solid case for choosing the Corolla LE over the L. The upgrade is well worth the money.

This trim represents the most well-equipped Corolla powered by the 1.8-liter engine, and its $4,000 leap over the base model reflects that. Here you’ll find more powerful LED headlights, a power sunroof, heated front seats, a leather-trimmed steering wheel, proximity key with push-button start, and the addition of a Sport mode on the transmission to squeeze the most out of the engine.

On the flip side, all this additional equipment puts a small dent in the fuel economy numbers, with the Corolla XLE returning 29/37 mpg city/highway. Given that there are other Corolla models near the same price point with more power and better fuel economy, it’s hard to make the justification for this fancy trim.

Splitting the difference between the LE and XLE in terms of features, the Corolla LE Hybrid begins with the features of the LE and adds more powerful LED headlights, a proximity key with push-button start, and 15-inch alloy wheels. As the name implies, the powertrain is a gas-electric hybrid engine borrowed from the Toyota Prius. What’s nice is that the battery doesn’t impinge on interior room or trunk space. Although it’s down on power, at 121 hp, the Corolla LE Hybrid delivers a stellar 53/52 mpg city/highway. For fuel-conscious buyers, the roughly $3,000 premium over the base model is a solid investment.

New for 2022, the Corolla Hybrid is offered with a Premium Interior package. It adds leatherette seating trim, heated front seats, power adjustment including lumbar for the driver’s seat, and a leather-wrapped steering wheel, all for $1,525.

As the introductory model featuring the more powerful 2.0-liter four, the SE is only one of two models to offer a six-speed manual transmission in the Corolla lineup. At roughly $2,000 more than the L trim, the SE includes many features common to both LE and XLE, including automatic climate control, power heated mirrors, more powerful LED headlights, and a leather-wrapped steering wheel. Exclusive to SE are sporty touches such as smoked taillights, a chrome-tipped exhaust, 18-inch alloy wheels, and front sport seats.

For $1,000 more, the Nightshade adds blacked-out exterior trim. The four-door hatch is also available in Nightshade form. And if you’re interested in the hatch version, know that it’s only available with the more desirable 2.0-liter engine and is actually quite good as long as you aren’t looking for as much interior space as a Civic hatch.

That’s a lot of equipment for a rather small premium, and with the CVT, fuel economy of 31/40 mpg city/highway is second only to the LE Hybrid.

From our First Look to a three-way comparo, we’ve spent more time in the XSE than any other trim. Although the driver’s power seat, heated front seats, and sunroof are welcome additions, it also pushes the price uncomfortably higher by $3,000 over the SE. If those upgrades aren’t important but the XSE’s rear cross-traffic alert and blind-spot monitoring are, take note that the SE (and LE/LE Hybrid) offer them as options.

Designed to cater to the driving enthusiast, the Corolla Apex Edition begins with the respective SE and XSE trim levels described above and adds a stiffer track-tuned suspension. This includes new springs that lower the car by 0.6 inch, new shocks, bumpstops, and more rigid anti-roll bars. In a recent test, we didn’t find the sporting intentions very convincing, as it was simply slower and harsher than the normal XSE. You’ll pay dearly for that punishment, as well, as the XSE Apex comes close to hitting the $30,000 mark.

So Which 2022 Toyota Corolla Model Is Best?

Although the Corolla spans the gamut from bare-bones to wannabe canyon carver, it’s the SE trim that offers the best of both economy and sport. It’s reasonably well equipped, and key exterior bits add a dash of visual flair. Plus, the larger 2.0-liter engine manages to be both more powerful and fuel-efficient than the base 1.8. But if economy is your absolute top priority, go for the LE Hybrid. 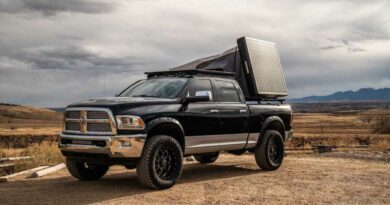 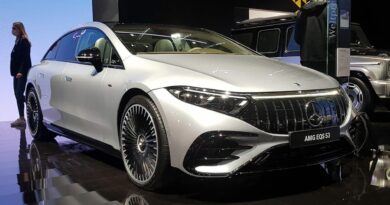 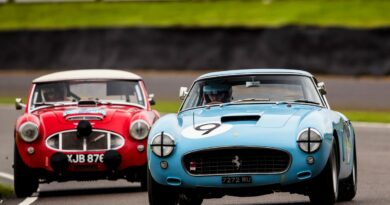