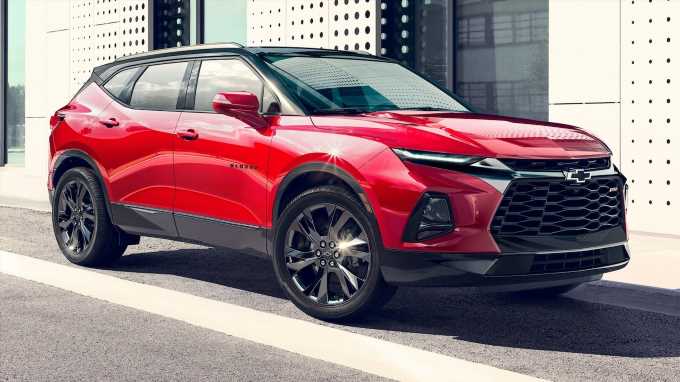 Although the 2022 Chevrolet Blazer midsize SUV shares nothing with the off-roady Blazers of old, we’ve found the new Chevy crossover can still be an engaging and practical ride. Earning the nickname the “Camaro of SUVs” for its bold but familiar styling, the Blazer RS has performance to match its looks. The RS, however, is just one of many 2022 Blazer trims, and it’s available with two engines. So if the Blazer is on your shortlist and you aren’t sure which one to get, keep reading for our trim review.

New for 2022, entry into the Blazer lineup begins at the 2LT level, which is equipped with a 228-hp turbocharged four-cylinder base engine. A 308-hp naturally aspirated 3.6-liter V-6 is also available. The 2021 Blazer’s less efficient naturally aspirated 2.5-liter engine has been retired, as have the L and 1LT trims.

For the 2022 Blazer, buyers can choose between standard FWD or available AWD. Pick AWD, and the Blazer upgrades to a larger 21.7-gallon fuel tank from the 19.4-gallon tank that’s standard for FWD models.

Across the Blazer range, engines are mated to a nine-speed automatic transmission. All Blazers also come with an electric parking brake. Additionally, automatic HID headlamps, LED daytime running lights and LED taillights come standard. All LT trims of the Blazer include 18-inch wheels.

Inside, Blazers are outfitted with an 8.0-inch touchscreen, wireless Apple CarPlay and Android Auto compatibility, a six-speaker audio system, and a 4.2-inch instrument cluster display. Four USB ports and active noise cancellation are standard, as is a dual-zone A/C system with second-row vents.  The Blazer 2LT’s driver gets an eight-way power adjustable seat.

The Blazer’s cabin boasts 30.5 cubic feet of cargo volume behind the second row of seats, which is on the small side for the segment. It’s in line with midsize SUV competitors like the Toyota Venza, which has just under 29 cubic feet of cargo space, while others like the Honda Passport and Volkswagen Atlas Cross Sport each have more than 40 cubic feet.

Towing maxes out at 4,500 pounds with the V-6 and in either FWD or AWD. That’s under the Jeep Grand Cherokee V-6’s 7,200-pound capacity but more comparable to the Honda Passport’s 5,000-pound maximum. The Hyundai Santa Fe and Ford Edge can tow up to 3,500 pounds, and the Nissan Murano is rated for only 1,500 pounds.

Automatic emergency braking, lane keep assist, forward collision alert, and automatic high-beams are standard on the Blazer 2LT. If you want to maximize the Blazer’s visual appeal but have a limited budget, consider the $1,895 Redline Edition cosmetic package (which for the 2LT first requires a $1,845 Convenience and Driver Confidence package). The Redline package adds a black grille, black exterior trim pieces, black Blazer badges with red outlines, and 20-inch wheels instead of the standard 18s. New for 2022, the Blazer is now available with a black-painted roof on LT trims with the Midnight, Sport, or Redline Edition packages and the RS.

The Blazer 3LT is the other LT model, and we spent some time with a 2.0T AWD model not long ago (our test SUV was a 2.0T AWD model). The 3LT comes equipped with a standard power-programmable liftgate (available in a package on the 2LT), remote start, a leather-wrapped steering wheel, perforated leather seating surfaces, heated front row seats, and a six-way power adjustable front passenger seat. Safety tech like lane departure warning with blind-spot monitoring and rear cross-traffic braking become standard at the 3LT level.

If the Blazer interests you but the RS and Premier trims are out of reach, we’d recommended the 2LT with the turbo-four, Redline Edition package, and the safety package that also adds a power liftgate.

The RS is the sportiest and most Camaro-esque of all Blazers, receiving a number of performance enhancements not available anywhere else in the range. It’s available only with the V-6 engine and outfitted with trim-specific tuned suspension dampers and steering ratio for better handling and a more responsive ride. The RS also gets an exclusive AWD system with a torque vectoring rear end for a well-mannered ride regardless of road conditions.

The Blazer RS jumps up to unique 20-inch rims from the 18s and also gets black moldings and a black hexagonal design grille with RS badging. As an RS, the Blazer’s dual-outlet exhaust finishes with rectangular tips instead of circular ones. The power liftgate also adds hands-free functionality.

Move into the cabin, and the instrument cluster display goes from 4.2 inches to an 8.0-inch display, which is standard on the Blazer RS and Premier. The upper two trims also get standard heated steering wheels, ambient lighting, and built-in navigation. Two more USB ports are incorporated into the floor of the console storage bin (for a total of six), while a 120-volt power outlet is added to the rear of the center console. Adaptive cruise control is bundled with a more advanced front automatic emergency braking system on the RS and Premier grades as part of the $1,650 Driver Confidence II package.

Set up in FWD form, the Blazer RS stickers at $41,995, a price point that escalates to $44,895 when you opt for AWD, which is more than what you’ll pay for a similarly outfitted Honda Passport Touring but less than the Volkswagen Atlas Cross Sport SEL R-Line. Neither of those SUVS drives as well as the Blazer RS, nor do they have the same visual panache.

In Premier trim, the Blazer is equipped again with the 2.0-liter turbo I-4 standard and the V-6 available as an option. Out back the rectangular dual exhaust tips are integrated into the Blazer’s rear fascia. Blazer Premiers also receive different grille trim, body-colored moldings with chrome inserts, and silver instead of black roof rails.

The top-of-the-line Blazer Premier with the V-6 and AWD is priced at just over $47,000 (for a 2021 model), which is more than the similarly outfitted Honda Passport Elite’s $45,355 but less than the Volkswagen Atlas Cross Sport SEL Premium R-Line’s $51,615. Here again you’ll find features that are  standard on both the Honda and Volkswagen at this level—such as a sunroof and adaptive cruise control—that are extra on the Blazer.

Which 2022 Chevrolet Blazer Trim Is Best?

As far as midsize SUVs go, there’s no denying the style and strengths of the Chevrolet Blazer in RS trim. It has exceptional grunt for the segment and handles well, striking a balance between ride comfort and driving engagement, plus it comes with a power liftgate and automatic emergency braking. As the so-called Camaro of SUVs, the Blazer RS has a ton of visual attitude to boot and might even be one of our favorite Chevys on the road today. 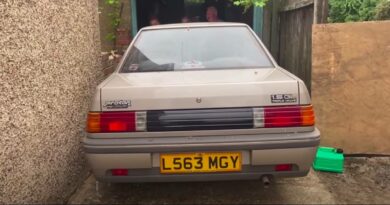 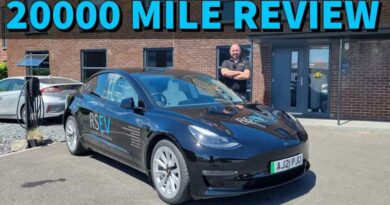 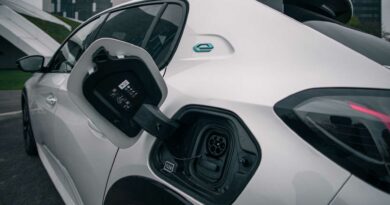