In the Fall of 2021, Chevrolet Performance introduced their most powerful crate engine yet—a 632ci monster big-block that churned out a naturally-aspirated 1,004 horsepower. Hot-rodders cheered and magazines lauded the significant engineering accomplishment.

But in their unassuming brick-walled shop in Chatsworth, California, we have to imagine that Tom Nelson and the crew at Nelson Racing Engines didn’t give more than a subtle shrug at the news.

The team had visions of 1,000-plus-horsepower, road-ready crate engines years before most ever deemed that goal to be in the realm of possibility. Today, after 26 years in business, the NRE team churns out horsepower in glorious, gratuitous gobs.

Their hyper-developed, innovation-fueled monuments to internal combustion are available in multifarious forms of aspiration, engine architectures, and dispositions, ranging from mild-mannered to aggressive, and the big dogs regularly tip the dyno scales with four-digit power outputs beginning with the number 2.

In an era where muscle cars stroll off the showroom floor with 600, 700, and 800 horsepower, the mills coming out of NRE still turn heads in a big, big way. We stopped by Nelson’s cult of combustion to ask the utterly obvious questions of what it takes to build a 2,000-plus-horsepower engine, and how to make such a seemingly volatile combination of big-boost, big cubic inches, and big power, well, live.

HOT ROD: You’ve been building engines for a long time, but when did the transition from engine builder to crate-engine builder occur?

TOM NELSON: We spent probably 20 years building one-off [engines]. We still do a lot of them, but we had 141 combinations that people could pick and choose from. I realized [it’s] doing a better service to the customer to shrink that down. Between being able to better control the quality of parts, knowing the tune-ups, and knowing more about those engines because you’re consistently building them, we can create a better program than building one-off after one-off all the time.

HR: Your engines are pushing power numbers that are radically higher than a typical crate engine. How are you able to achieve those numbers reliably?

TN: When you build a 2,000-horsepower engine, there’s no room for error. Every aspect of the engine and the supporting systems needs to be thought out. The piston needs to be designed correctly, you have to use the correct block, the right connecting rod. Even just holding the [cylinder] heads on, depending on the engine, requires the right gasket, machining, and fasteners. Systematically, the entire engine package has to be designed around that power level.

HR: What have you learned over the years of chasing this sort of horsepower?

TN: We’re going on 26 years of doing this professionally, and we’ve learned a lot. About anyone can put together a 2,000-hp engine; getting it to live is the challenge, and at this level, every single thing is a learning experience.

HR: When you’re measuring horsepower in the thousands, we have to imagine the margin for error is extremely tight. What goes into tuning one of these engines?

TN: We’re using Holley EFI on most of the builds, and Life Racing ECUs on some of our extremely high-end products, such as the Tuatara hypercar. We select all of our components extremely carefully.

Fuel injectors aren’t created equal. You can get a set of injectors with as much as 10% variance. With an injector that’s, say, 2,200cc per hole, that 10% becomes 220cc, and that’s a massive disparity in fuel between cylinders. We buy quantities of injectors then flow-match them to be perfect so they’re firing the same in every [cylinder].

When we develop the engines, we’ll put ten O2 sensors on them—one on every header tube and one in each collector. We can trim fuel to individual cylinders in the tune so every hole is where it needs to be.

HR: Is tuning a one-and-done situation, or is there always room for improvement?

TN: Part of building these engine packages is that we constantly get to improve them. With each build, we dial in the tune-up that much better. For example, look at our 427 twin-turbo LS package that makes 2,000 hp. We’ve tuned that exact combination 50 times! So you’re not just getting a tune-up, you’re getting one that’s been honed 50 times on the engine dyno. I tell everyone to pre-prime the oiling system in the engine because the tune-ups are so good that the minute you crank it, it lights, and we don’t want them starting dry.

HR: You mention head gasket retention as one of the major elements of making a big-boost combination work. How are you doing that beyond what the average builder might attempt?

TN: We do a lot. On LS engines, we’ll buy a block, then machine all the head studs out to half inch. We’ll go from a clamping load of 75 pounds to a clamping load of 105 pounds right there. We also add two head bolts per cylinder, and put in what’s called a flame hoop. We used to use O-rings, but now we do this one-piece machined ring that goes in the block, and it sticks out about .020in. We then machine a receiver groove for the cylinder head to interlock with that flame hoop. I use annealed copper head gaskets with a jet turbine sealant to effectively superbond all surfaces. It’s like a 20-step process the way we do it.

HR: What other advancements are allowing you to create these power numbers that not so long ago would have only been seen in the world of Pro Mod race cars?

TN: R&D and parts selection are so critical. Like the turbocharger itself, we’ve learned so much there. The pressure ratios have to be in order. Sure, you can make 2,000 horsepower with the turbo at a 2:1 pressure ratio, but it’s not going to live in a long-term application because you have so much back pressure.

We have custom camshafts designed that help make these power levels live on the street. Billy [Godbold] at COMP cams and I worked on a custom cam lobe that was Spintron tested to 10,000 rpm and was super stable for a hydraulic roller. I even have special Inconel valves made that we hand-hone to each valve guide.

Even though most of our parts are name-brand this and name-brand that, they are specifically made to our specs.

HR: When some people see the price tag for a turnkey crate engine that’s making power at this level, there’s some sticker shock. What would you say to the folks who think you can make this kind of power out of a junkyard engine for much less money?

TN: I actually think builds like the guys at Sloppy Mechanics do are really cool, and they have their place. They’re pretty successful, honestly. It’s just not in the same league as what we’re doing. All you need is one instance of detonation, and the connecting rods are out of the thing. Game over!

Those builds are cool because you just go grab another junkyard engine. I’m just not into swapping engines all the time.

HR: You handled the engine program on the Shelby Supercars Tuatara project, right? Is there anything that you’ve learned from that program that has trickled down to the domestic-based crate engine line?

TN: Man, there was a massive amount of learning on the Tuatara engines. We’re running those for 2.5 miles, wide-open, at full boost, for 50-seconds at a time. It’s a totally different ballgame than running the quarter-mile. The biggest things we’ve learned are in the tuning and the fuel delivery. The hard parts are second nature to us, we’ve been doing that so long, but the extreme control of the fuel delivery has trickled into our crate engines.

We even have [some of the] safety features built into the engine. If the oil pressure drops, we kill the engine; if the fuel injector duty spikes, we cut spark from the coils; if it gets too hot, we’ll pull the throttle back. The insurance [measures] we build into the electronics are really neat and a bonus for our customers.

HR: You machine a lot of billet parts, such as the Alien intakes. How important are aesthetics when it comes to engine building?

TN: For me, our mission is building functional, mechanical art. I like going fast, but I really look at these as art. I go to great lengths to build functional, unique intake manifolds, and we even patented mirror-image turbos because my mind finds the symmetry beautiful. The way our engines look is unique, and we work for that.

HR: There are a lot of engine builders that gravitate toward a specific architecture, but you seem to have a huge spread of platforms. What does NRE currently build?

Ever wonder what those camshaft specification numbers really mean and how they affect engine performance? On episode 19 of Engine Masters, David Freiburger explains cam lift, duration, lobe separation angle, and installed centerline. Next, we test a low-rpm cam and a high-rpm cam in the same engine to demonstrate the power differences. Sign up for a free trial to MotorTrend+ today and start watching every episode of Engine Masters, plus much more! 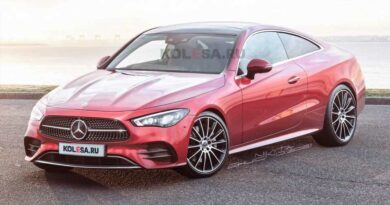 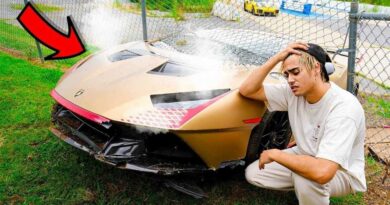 YouTuber's Lamborghini Huracan STO Crashes And It's Easy To See Why 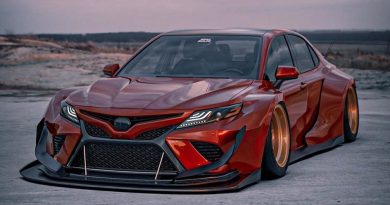