Home » Car Reviews » What in tarnation is happening in this Mad Max-inspired fragrance commercial? 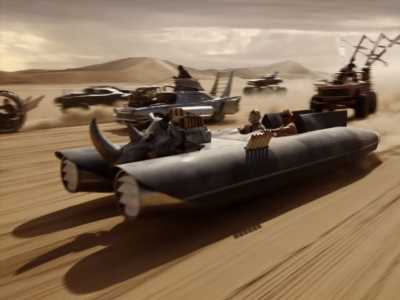 It’s the kind of thing you catch out of the corner of your eye and just have to look up because what you did see was just that bonkers.

So in that sense, “Legend,” the Mad Max: Fury Road-inspired commercial for Invictus (pour homme) and Olympea (pour femm) fragrances by Paco Rabanne, is effective advertising. If nothing else, its 56 surreal seconds prove that, despite all the doomsaying, car culture is apparently still resonant enough to move high-end product.

That fragrance commercials tend towards the bizarre is by this point well-documented. As there’s no way to express a scent through a screen, you’ve got to evoke the lifestyle embodied by the scent. In the case of Invictus, it’s the post apocalyptic lifestyle of a low-rent David Beckham on a hell-cycle, tearing through a clot of almost-identifiable vintage SUVs and sedans en route to…a checkered flag?

Is this some sort of race? Perhaps. But who among us doesn’t routinely imagine going all road warrior on the pathetic twits clogging up the left lane of your expressway on the way to work?

Therein lies the appeal of Invictus by Paco Rabanne.

Someone put a lot of work into this 56-second spot. I’m partial to this rhino car.

Of course, it’s all folly. In the wasteland, there is no victory. Any prize — a gleaming trophy, a beautiful woman, an elixir that makes your battle-scarred and tattooed hide smell like something other than burning steel, playa dust and gasoline — paints a target on your back. It draws the eye of some younger, hungrier would-be Road Warrior with a faster car and less to lose.

This misunderstanding of the futility at the core the world of Mad Max relegates “Legend” to the status of mere tribute to the series (albeit one with surprisingly high production values) rather than a canonical part of the George Millerverse. Also, the fragrance appears to give a user some sort of elemental power, which is not something we ever see in the Mad Max films — not even Beyond Thunderdome. Alas!

As for the scent, it’s said to be “an astonishing encounter between two blocs: the refreshing top notes of grapefruit and the sensual heart notes of guaiac wood and patchouli. A truly magnetic woody-aquatic scent which embodies masculine strength. Invictus, the essence of a champion.”

The two big takeaways from this are that, one, the perfume advertising industry is still fueled by cocaine and bufotenin and two, the big brains green-lighting this stuff really believe all press is good press.

Anyway, you can get Invictus at Macy’s for $70 and ride your skull bike into Valhalla smelling like grapefruit and patchouli, if that’s your thing. 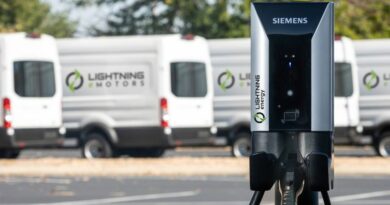 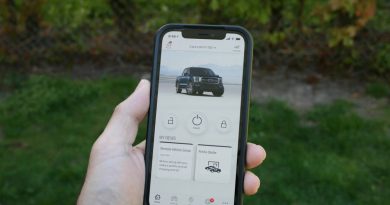