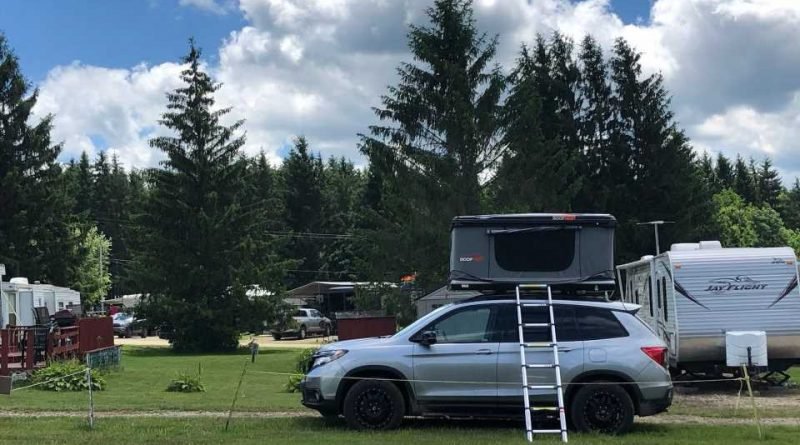 I know because I’ve slept a lot in my cars, for various reasons. And because I spent a long weekend in a car outfitted with a RoofNest tent. The RoofNest ends up being a pricey way to avoid sleeping on the ground—and a good one.

I took a RoofNest Eagle attached to a 2019 Honda Passport and drove as quickly as I could away from Detroit to western New York, to a land filled with pastoral dairy farms, lush green hills, where bands of the Milky Way played overhead at night, where I couldn’t get a single campfire going to save my life without the use of petrochemicals.

But back to the RoofNest. It’s a sliver of a fiberglass sandwich mounted to the roof of your car or truck or SUV—small cars, even, like a Subaru Crosstrek. The RoofNest squad says it bolts right to most roof racks without any special tools or skills—I can’t vouch for that, even though I don’t have many special tools or skills. The assembly weighs up to 150 pounds, and on the Passport Honda fitted with it, it’s capable of sleeping two adults easily, with a thickly padded foam mattress stuffed inside, which was joined by my cold-weather sleeping bag and some big square marshmallows Honda threw in because they ignore my doctor’s harangues.

Opening the RoofNest couldn’t be easier. Unlatch four points and push up, and the RoofNest goes all Jiffy Pop on you. It has a set of stainless-steel struts hinged to fold into channels inside; they piston into place and keep the top fiberglass half of the tent sandwich aloft, while the waterproof-canvas tent panels go taut and stay connected to the lower fiberglass tray.

Unzip and loop some screens in place, and voila, the RoofNest becomes a tidy enclosed platform for sleeping and for viewing the poor bastards fumbling with rain flys and wet or hard patches of dirt. It’s a tiny home you put up in about 10 seconds. It’s also shaped just like a final resting place, so if it’s a coffin for outdoor boffins you really want, few other solutions present themselves. Strapping an actual coffin to the roof doesn’t seem good from an aerodynamic perspective, to say the least.

To close the RoofNest, you’ll want to make a new friend or enlist one you’ve brought for all the workhorse duties. Tug a long loop at the front to close the sandwich, fasten the front latches, then tuck in the tent sides and close the rear latches—on most versions. RoofNest sells a range of rooftop tents, from the teensy and well-named Sandpiper to the majestic Eagle—they’re all bird names, of course. If you travel solo, the Sparrow EYE and Falcon might be a better choice; they swing open from one end only, which is vastly easier to close if you’re alone and don’t want to drown when all the accumulated dew rolls down the fiberglass lid and into your face.

One other recommendation: Bring a separate awning if you want to spend time outside. The RoofNest’s convenience doesn’t mean it’s a great place to hang out when it rains, or when you want to enjoy nature’s glory. In some ways, it’s more a Japanese capsule hotel than a tent replacement. You’ll want a place at ground level to relax.

The RoofNest even lets you leave bedding inside, so if you need to run to civilization—or whatever passes for it, like a Walmart—to get goods, you can simply close it up and drive off. I’m proof that you can drive 400 miles at 80 miles per hour with the front latches open and not cause anything traumatic. Some wind noise and a slight dip in fuel economy aside, everything’s fine, other than the miasma of bug guts sprayed over the front of the tent.

That means you can leave all your stuff inside your vehicle and lock it up for safety from whatever. The RoofNest can make your camping trip a progressive one, without the cumbersome breakdown and set-up process. Want to go from Yosemite to Death Valley? Lock it up and push start. There, I just wrote your owner’s manual.

What’s the alternative? Until this RoofNest road trip, my default bug-out vehicle was a Honda Element with a complete set of camping gear stocked in its rough-and-ready cargo hold. Maybe I’m spoiled, but I don’t ever want to put a tent back into its zip-up case. Maybe I’m getting older, but the thought of a cushy mattress that doesn’t make me turn blue with hypoxia from blowing it up is a good thing. Maybe I’m still nimble enough that a late-night run down the RoofNest-mounted ladder to a convenient nearby tree is better than wild animals tapping at the tent door in the middle of the night, sounding exactly like the Zodiac Killer.

For something between $2,595 and $3,295, I’m more than ready for something a little more permanent. Not to mention some toasted marshmallows. 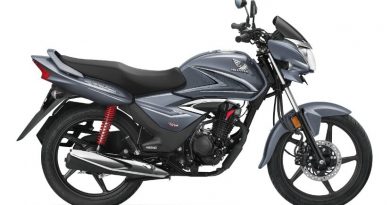 Honda 2Wheelers India Shuts Down All Plants Amidst Coronavirus Pandemic 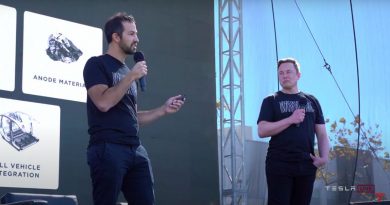 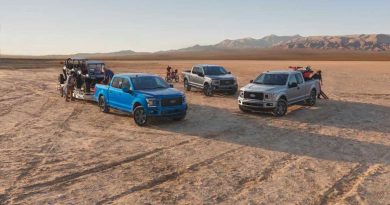 Ducati Multistrada 950 S launch on November 2; bookings open
We and our partners use cookies on this site to improve our service, perform analytics, personalize advertising, measure advertising performance, and remember website preferences.Ok