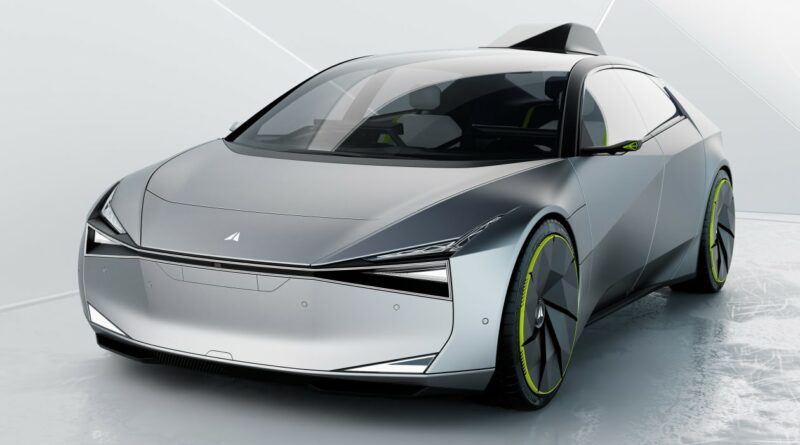 The 4.4-metre-long, three-seat EV can either be driven conventionally or be piloted remotely thanks to an on-board 5G internet connection and has been designed around its AR system providing users content they can consume, according to the firm.

WayRay says the Holograktor has been built to “highlight the maturing of the breakthrough holographic technology.” As a result, the car’s glazing incorporates AR tech, with the window glass showing the augmented reality overlay.

The hardware for the system is housed in a cowling on the car’s roof, called ‘The Shrimp’, containing the holographic system for the rear passenger. Projectors for the front occupants are housed in the dashboard.

A 2+1 seating layout with a throne-style rear seat is key to the concept’s design. At the car’s unveiling WayRay founder Vitaly Ponomarev said “It is the first car in history to be designed around content consumption and interaction, as well as holographic glazing.

“This is a car designed specifically for zoomers, it’s for people who want to play and want to create and consume content.“

The unusual single rear-seat layout was inspired by data showing that more than 80 per cent of Uber trips carry just one person, according to the brand. Ponomarev added that “The idea is you can choose Uber Black, Uber SUV or Uber Holograktor, and if you choose the Holograktor, your ride will be subsidised by sponsored content, so the price will be much lower.

“Every feature and design theme is driven by AR holography, including the Shrimp. The occupant in the back must look out of the windshield, which is why the driver and the passenger in the front seats are spaced out as much as possible.”

When driving the car the AR overlay shows information such as sat-nav instructions, safety notices and other data, while when driven remotely or in its intended role as a ride hailing vehicle, the AR can be used for recreational purposes, including gaming.

The Holograktor can be driven remotely from an AR pod using a data connection, with the car’s steering wheel and controls sliding away into the dash to create more space for occupants. Remote drivers will still have to be licenced and pass a specific test, according to WayRay.

The brand revealed that its AR technology could also have applications in the future for enthusiasts, with an overlay for track driving to potentially help improve performance and enjoyment.

Performance is strong too, with a claimed 3.9-second 0-62mph time from its single electric motor and a range target of more than 600km (over 372 miles).

The angular design sports a triangular theme, slim laser headlights and 22-inch wheels, with the rear doors opening in the opposite direction to the fronts. They also contain the B-pillars, which helps to give easier access to the cabin.

According to Ponomarev the Holograktor is “being evaluated for production feasibility” but the brand has goals of the concept becoming reality:

“My ambition is to release this car four years from now and make it homologated,” he said. “That depends very much on the perception of the market. It could be, though, that we just use it as a white label concept to help other OEMs to make cars like this with our AR technology.”

WayRay already has investment from companies such as Porsche, Hyundai and Alibaba.

Now read our review on the London LEVC Taxi here… 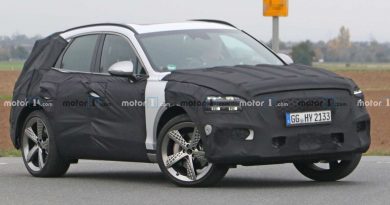 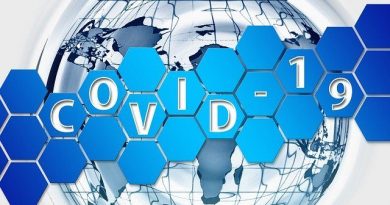 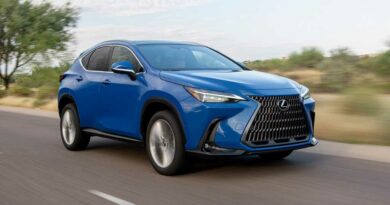