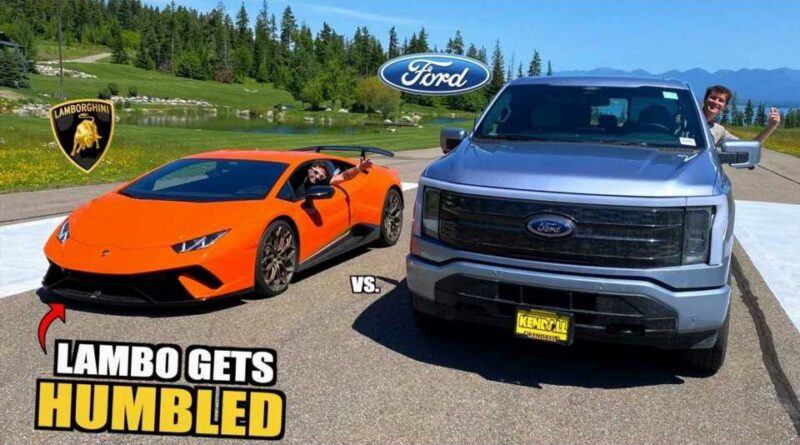 It has been quite some time since we posted a video by young car collectors and YouTube influencers JR Garage. However, it would have been crazy to pass up a video of the new Ford F-150 Lightning electric pickup truck facing off against a Lamborghini Huracan in a drag race.

We’ve seen all sorts of gas versus electric battles, and oftentimes, the EV wins. There are certainly exceptions, as many gas cars at the drag strip are often heavily modified. Moreover, while EV powertrains have more instant torque and typically accelerate more quickly than ICE powertrains, in general, there are other factors at play.

Even if you know a whole lot about EVs, and you know all about the F-150 Lightning’s performance specs, you’re probably questioning whether the electric powertrain will make a full-size truck capable of outrunning an itty bitty supercar.

Ford’s first fully electric pickup truck features a dual-motor all-wheel-drive powertrain that cranks out up to 563 horsepower and 775 pound-feet of torque. You need to opt for the larger Extended Range battery to get the top horsepower.

According to Ford, the F-150 Lightning with the larger battery can scoot from zero to 60 mph in about four and a half seconds. The Standard Range battery results in the same torque, but horsepower drops to 426, which is still impressive, and it results in a 5-second 0-60 time.

The guys at JR Garage set out to “embarrass a supercar owner,” which is funny since they have owned a whole host of such cars over the years. They took their new F-150 Lightning to drag race a Lamborghini Huracan Performante multiple times on their private runway. The Lambo sports a 640 horsepower V10 and has been known to zip to 60 mph in fewer than 3 seconds. However, it doesn’t have quite as much torque as the EV.

It’s time to place your bets on whether the F-150 Lightning has what it takes to beat the Lambo Huracan. Will the supercar grab an early lead thanks to its quicker zero to 60 time? Will the F-150 Lightning be in the lead from start to finish? Let us know your thoughts before you click the Play button. 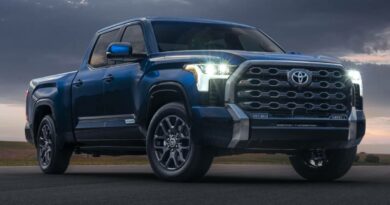 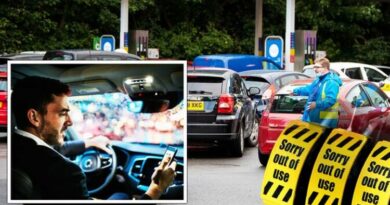 Fuel shortages: Who has diesel near me? Protests continue to affect motorists 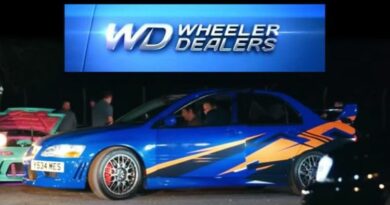