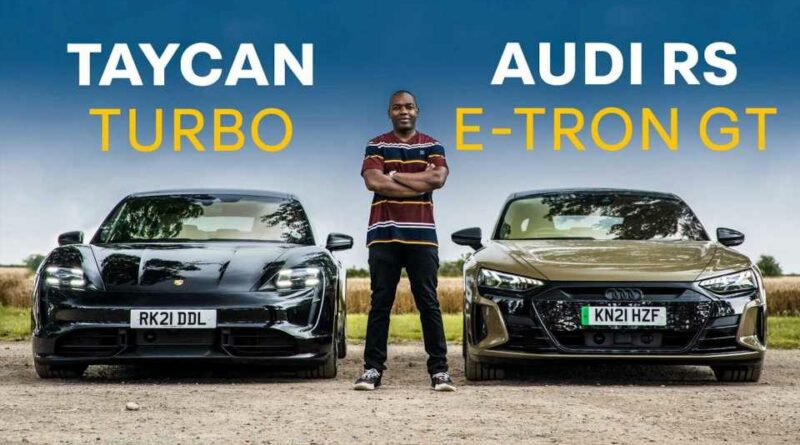 When planning its E-Tron GT model, Audi officials undoubtedly sat down with people from Porsche and settled upon the fact that the GT would not be quicker than the Taycan, even though it very easily could have been. It’s surely more of a marketing decision than anything else, but the fact is there is no Audi equivalent to the Taycan Turbo S and the RS E-Tron GT model is more of a match for the Taycan Turbo model sans the S.

So how do you think the RS E-Tron GT will fare in when compared against the Taycan Turbo? AutoTrader’s Rory Reid decided to find out just how big a performance gap there is between the models. The Audi is still slightly down on power, making 598 horsepower versus the Porsche’s 680 horsepower, but torque is almost the same at 830 Nm (612 pound-feet) versus 850 Nm (626 pound-feet); they sprint to sixty in 3.1 and 3 seconds respectively.

But even though the two vehicles share a platform, motors, batteries and much of their tech, it’s actually quite remarkable how different they are in practice. The Audi has a softer, more comfortable edge and it’s a higher car that is a bit easier to live with, while the Porsche makes few compromises in favor of comfort, feeling just as sporty as any of the manufacturer’s most exciting offerings.

And this difference in character is even more evident once you get behind the wheel and drive them, especially back to back like he did in this video comparo. At the end of the day, choosing either model is a good decision, but as is often the case in this age of platform sharing, it ends up just being a matter of taste and personal preference, because they are both very good. 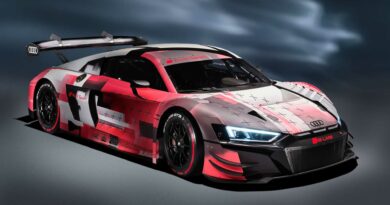 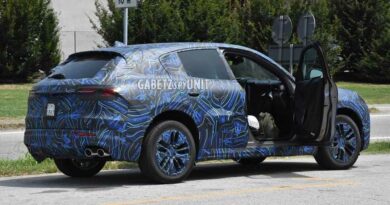 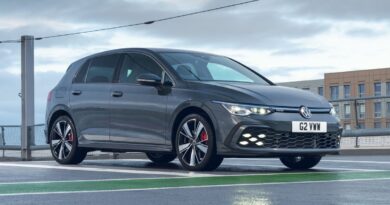 Abt Will Boost Your Hybrid Golf/Leon/Octavia/A3 To 272bhp