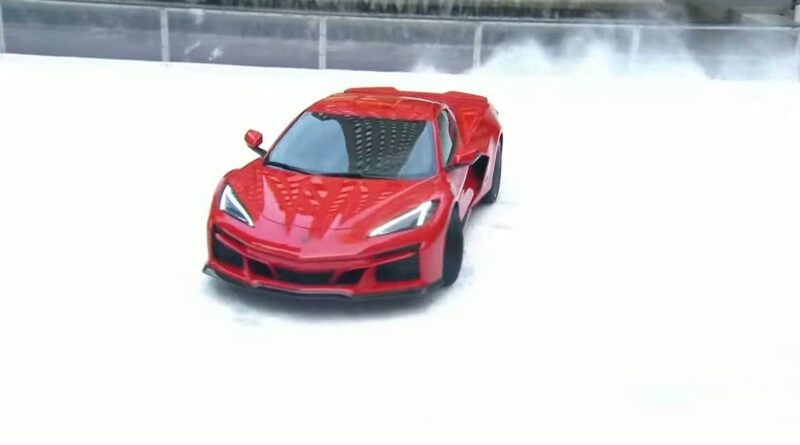 You just knew that Chevrolet would do something with the new Corvette E-Ray, the sports car’s first-ever electrified variant (and first-ever all-wheel-drive variant), in New York City for its big debut. The timing was just too good—the original Corvette burst onto the scene 70 years ago to the day, on January 17, 1963, at the GM Motorama show at NYC’s Waldorf-Astoria hotel. So, as part of the E-Ray’s media rollout, GM arranged for the hybrid sports car to make an appearance on NBC’s Today show, a nationally televised morning program.

It’d need to be at a storied New York City location, and show off that this is no ordinary, rear-wheel-drive Corvette. Seems the Ice Rink at Rockefeller Center would do the trick—but who would, you know, actually do the attention-grabbing tricks with the Corvette? We tracked down the driver of the scorching red Corvette E-Ray that spun in place, live in front of a ton of cameras, to ask how it all went down.

His name is Cody Bulkley, and he’s a Chevrolet performance integration engineer specializing in e-AWD chassis control integration. Translation: He worked on getting the E-Ray’s front electric drive motor to play with the 6.2-liter V-8 powering the rear axle. This week, however, he was on a media blitz for Chevy. Not only did he get to do a drive segment with NBC News, he also was the wheelman during that Today show skating rink session, as well as the more polished Chevrolet-shot video below, in which he pilots a black E-Ray.

Having ridden in the E-Ray prototype on pavement, we were curious how the hybridized Vette performs when nearly stationary—as in, when it’s doing zero-degree turns on ice, a heretofore unknown E-Ray capability. We caught up with Cody by phone as he was flying back to Detroit from New York, to pick his brain over the E-Ray’s new capabilities, and how the development team unlocked those using the through-the-road hybrid layout, in which the electrically powered front axle and engine-driven rear axle aren’t mechanically linked, and software determines when and how power is meted to the front wheels via the electric motor. Oh, and, of course, to talk about the live-TV spin.

One of the first things Cody mentions is that the spin you may have seen making the rounds on social media wasn’t actually captured on live TV. The live portion of the Today show segment had just ended, and though the Vette had been slid across the ice—which had been prepped for more visual oomph with a layer of fake snow, which the E-Ray kicked up from all four tires—as requested by the producers, Cody figured he had a few moments to put on a better show before getting kicked off the ice with a trick he picked up during one of the E-Ray winter development drives that he and the Corvette team dubbed a “cyclone turn.”

Back when the team was on one of its calibration forays in northern Michigan, also in garbage time at the end of a session, Cody did what any of us might do if they found themselves in a new, all-wheel-drive Corvette on an open snow surface: He ripped a few donuts. It was during that brief hoon that he discovered the Corvette could spin in place, essentially not moving in any direction, with all four tires rotating the car on its axis. He says during that initial try, he managed as many as six or so full rotations, having simply defeated the traction and stability controls, punched the gas, and steered into the the direction he wanted to spin. With its separately powered axles and near-centralized center of gravity, the Corvette E-Ray will pirouette in place.

For the Rockefeller ice rink, Cody says he told the team to “get the cameras going, because we’re down here and we’re gonna give this one more go” because “who’s gonna come back and put a car back on the ice rink?” He adds that he  “just had a seat of the pants, gut feel that we need to just send it.”

Having never done more than a few rotations at a time, but figuring that the Corvette’s 70th anniversary deserved something special, he rolled into the throttle before leaving it pinned. The precise count, from one of his team members that looked on, of spins? He says “20 full rotations.” Indeed, from the video, the Corvette “cyclones” for around 30 seconds uninterrupted. Cody adds that the E-Ray started out with 100 percent battery, and the indicated charge had dropped to zero when he brought it to a stop. Remember, the Vette keeps some charge in reserve to maintain front-to-rear torque balance, though not at full power, so there is a limit, however soft, to how long an E-Ray can cyclone itself on a low-traction surface. Per Cody, it went from “100 percent to the bumper [the minimum charge level] in one sustained drift.” As if it needed pointing out, the battery’s duration isn’t much of a limit, anyway; “most people couldn’t do that without getting sick,” Cody says.

To be clear, Chevrolet is continuing to develop the E-Ray’s final calibrations, but there are no plans for a dedicated “Cyclone mode” or drive setting like the “Tank Turn” feature promised by Rivian, or the upcoming GMC Sierra EV’s “Hurricane Turn.” Corvette E-Ray owners will nevertheless be able to pull this same trick off with little more than a few button presses to turn off stability control, a slick surface with plenty of space, and some bravado.

Other fun details about the moment? Both the red E-Ray that danced for the Today Show and the black one that did the same, at night, during a separate, internal GM video shoot, were on the included Michelin all-season tires. Winter tires are going to be optional for E-Ray customers, but Chevrolet wanted to show off what the baseline car could do in snow and ice, and all of the vehicle’s development drives in wintry climates were on those all-seasons, anyway. Oh, and the Corvettes on the Rockefeller Center ice? They needed to be craned down to the rink.

We’re looking forward to trying out the 2024 Corvette E-Ray for ourselves, on both pavement and off it, later this year. As for Cody, you have permission to be jealous of his job. Outside of hooning Corvettes on hallowed New York City ground—er, ice—his day-to-day involves a lot of hooning Corvettes everywhere, from Michigan to the Nürburgring, to everywhere in-between. Discovering the E-Ray’s cyclonic abilities was just another day at the office. 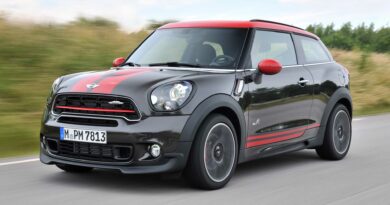 Mini Paceman To Return As All-Electric Crossover For 2024: Report 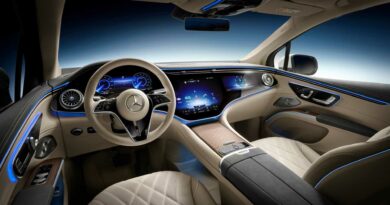 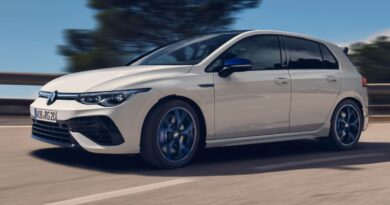