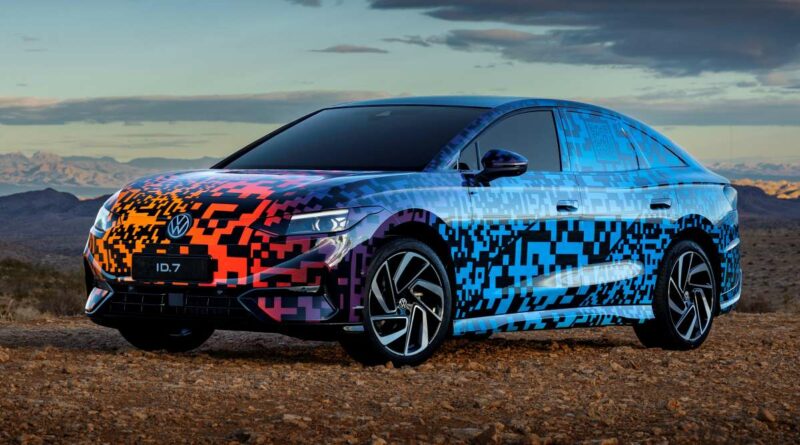 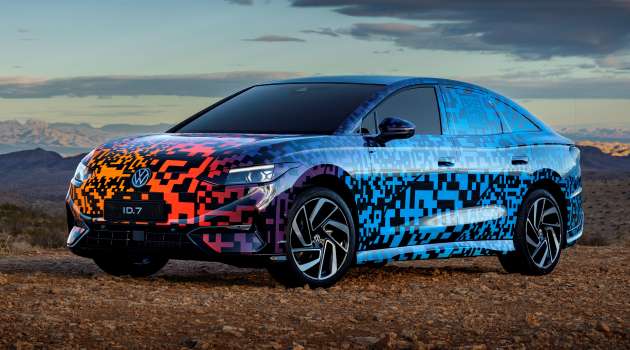 Volkswagen’s next entry in its ID. range of electric vehicles will be the ID.7, which has been revealed prior to the start of this year’s Consumer Electronics Show (CES) in Las Vegas. The ID.7 is the brand’s first fully electric sedan based on the MEB platform and was previously previewed by the ID. Aero concept that premiered in China last June.

For now, we’re being presented with a camouflaged version of the EV that features trippy paintwork (watch it in action in the video below). The German carmaker says it applied 40 layers of paint, of which some are conductive while others have insulating properties.

It added that a total of 22 areas of the car can be controlled separately and are electrified below the top layer of paint (electroluminescence) so that they can be illuminated, with visualised rhythms possible when synced up to music. There are also QR codes that direct those who scan them to the company’s website. 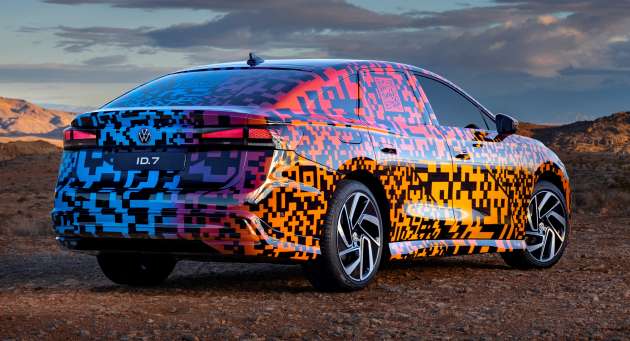 Despite the fancy paint and QR code-inspired camo pattern, it is not too hard to make out what the ID.7 will look like given its similarity to the ID. Aero concept. The general shape is a familiar one, with the notable changes on the production version being the adoption of more conventional door handles and side mirrors.

The CES car also sports a shark fin antenna and its lighting units have been revised, so they aren’t as flashy as what you saw on the concept. This is also true of the wheels, which retain the same design as what was on the concept, albeit paired with slightly thicker rubbers.

As for its size, the ID.7 is revealed to have a wheelbase of 2.97 metres, which is 95 mm longer than the Tesla Model 3 and 20 mm more than the Hyundai Ioniq 6 – both are deemed as comparable rivals. Compared to the current B8 Passat, the ID.7’s wheelbase is 184 mm longer. 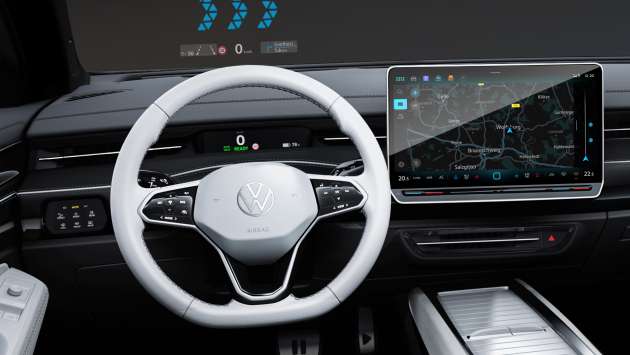 Unlike the ID. Aero, we do get to see what life will be like inside the ID.7. The all-electric sedan sports a simple dashboard layout featuring air vents that are visually extended to appear full-width. These air vents are controlled digitally via the massive 15-inch touchscreen like what you might do in a Porsche Taycan or Panamera.

Additionally, the landscape-format screen also incorporates the climate controls, which is joined by physical touch sliders just beneath to quickly adjust the temperature and media volume level. A small display is seen just ahead of the driver, with further information being presented by a head-up display with augmented reality technology. Like other ID. models, the ID.7 also gets quirky pedals with play and pause icons on the accelerator and brake pedal.

Volkswagen isn’t providing much in the way of powertrain details at the moment, although it estimates the ID.7 to provide up to 700 km of range following the WLTP standard. Expect a mix of single- and dual-motor configurations to be offered when the EV is launched sometime in the second quarter of this year. 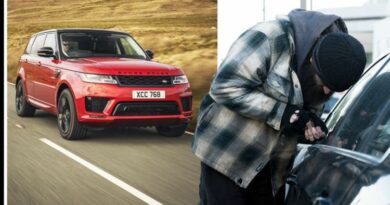 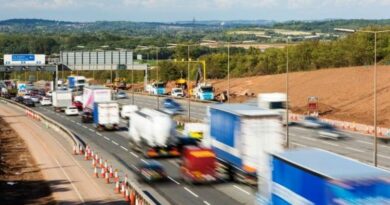 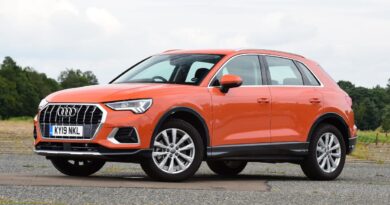