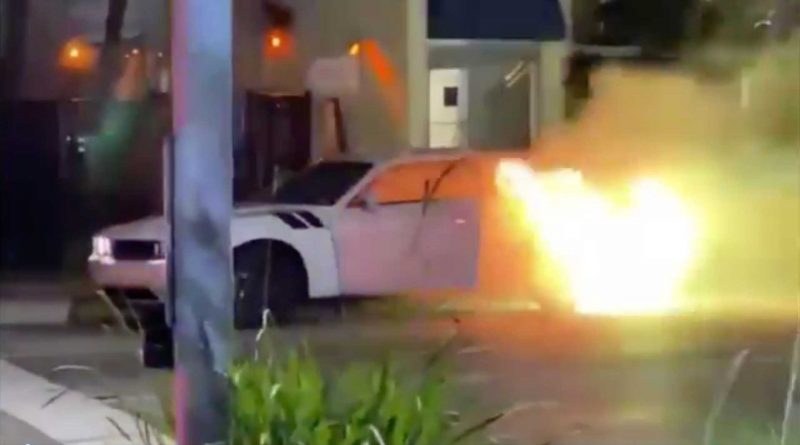 It’s unclear how the fire started.

Countless videos have captured cars, especially performance cars, catching on fire. They do so for a litany of reasons, though typical tomfoolery is often the culprit. That’s why it’s no surprise to find a video that has captured a Dodge Challenger engulfed in flames in Miami as spring break revelers descend on the city. There’s been no shortage of shenanigans in the area, though it’s unclear how the Challenger caught fire in the first place.

It’s easy to point blame at boy-racer antics, but the video doesn’t show the start of the fire. It begins well after the Challenger’s rear end is aflame. The end of the video shows that the car was sitting over a utility hole cover that was removed and busted in two. The Twitter account that caught the Challenger on the video notes that residents heard an explosion in the area that had knocked out power. According to the account, the fire department was called to extinguish a fire at a nearby substation that “may have caused the car fire.”

The video was shot from across the street from the incident, so the video quality isn’t the greatest, though it looks like there’s something pulsating underneath the Challenger’s driver-side rear wheel, including the flames that are licking the rear valance. They appear to be coming from underground, which is what could have caught the Challenger on fire. The video shows the area scorched around the utility hole cover, though it’s difficult to tell if there are burnout marks underneath the ash.

Exploding utility hole covers are a thing that exists if you want to add another worry to your list of unreasonable fears. Having one launch itself into your car’s undercarriage could easily rupture fuel lines or an entire fuel tank. That’d be a frightening experience. Thankfully, it appears no one was injured in the incident. 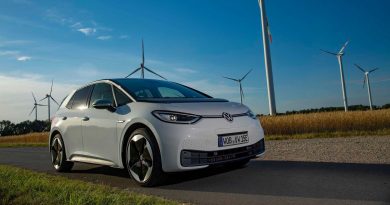 VW ID.3 Will Be Produced And Sold In China Too By SAIC 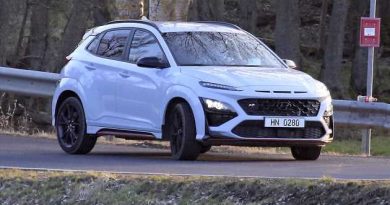