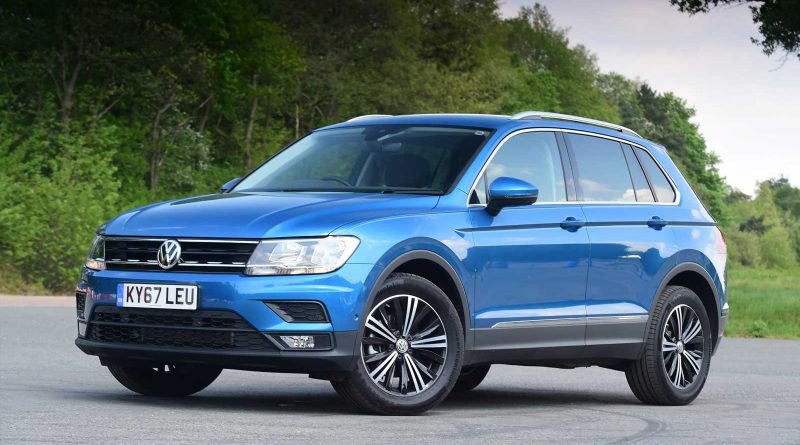 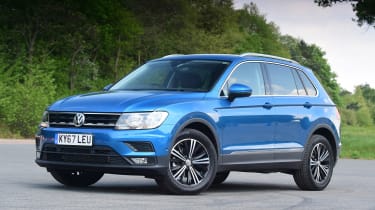 December 2020 marked 12 years since the Volkswagen Tiguan arrived in the UK. Since then, this compact SUV has gone on to achieve great things for its maker. The second generation arrived almost five years ago, and a stretched seven-seat Allspace version joined the range, while facelifted examples of the Mk2 Tiguan are now heading out to their first owners.

From the outset the Tiguan has hit the spot for buyers, with its raised seating position, versatile cabin, impressive build quality, smart design and efficient engines. No wonder well over 200,000 Tiguans have been sold in the UK so far, and over six million globally – so there are plenty to choose from if there’s a Tiguan-sized hole in your life.

The entry-level 1.4 TSI 125 is fine if you’re not in a hurry, but we’d opt for at least a 148bhp 1.4 TSI because the extra muscle doesn’t impact fuel economy. If you’re towing, then go for a four-wheel-drive 4MOTION, ideally with the DSG auto for more relaxed cruising. 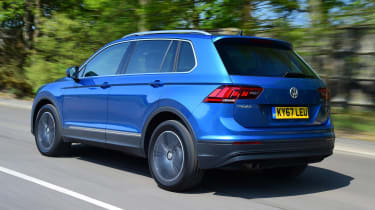 Alternatives to the Volkswagen Tiguan Mk2

The obvious alternatives are the Tiguan’s VW Group stablemates, the SEAT Ateca and Skoda Karoq, as well as the Audi Q3. All come with much the same range of efficient engines and transmissions, excellent build quality and impressive ergonomics, but none offers a seven-seat option.

Premium SUVs worth considering include the Mercedes GLC, BMW X1 and Range Rover Evoque, all of which look smart and have luxurious interiors. If seven seats are key, then look at the Land Rover Discovery Sport. Other affordable alternatives include the Peugeot 3008, Nissan Qashqai and Renault Kadjar, and don’t overlook the Mazda CX-5, which impresses with its cabin quality, driving experience and sharp looks.

Some models come with a steel space-saver spare wheel, while others come with run-flat tyres instead.

The active (pop-up) bonnet can deploy after hitting an animal at low speed; it costs about £400 to have it reset at the dealership.

The autonomous emergency braking feature can be over-sensitive; it’s one of the more common gripes to be found on owner forums.

The S gets 17-inch alloys, but the SE can be had with 19-inch items, which have an adverse effect on the ride quality; look out for this on a test drive.

The Tiguan’s family ties are instantly clear, because build quality is excellent, there’s lots of storage, impressive ergonomics, plenty of seat and steering wheel adjustment, and lots of room for five. The layout is typical of a VW Group car: sensible, but not particularly stylish. 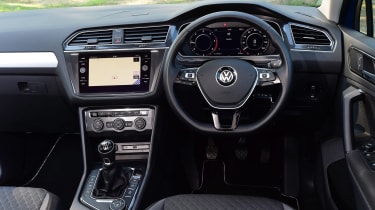 Look out for models with the head-up display and optional TFT instrument cluster. The infotainment systems are user-friendly and the fitment of a sliding rear seat allows the boot space to be varied. Fully forward with the back rests in place, the boot can stow 615 litres, but fold the seats down and this jumps all the way to 1,655 litres.

Check out the latest used prices for the Volkswagen Tiguan on our sister site Buyacar.

Tiguan owners can choose between fixed and variable servicing regimes; the former is set at 12 months or 9,300 miles, the latter allows up to two years and 18,600 miles, depending on how the car is driven.

Services alternate between minor and major, at £184 and £354, regardless of engine. In addition the brake fluid needs to be replaced after three years and then every other year, for £69. The coolant is long-life, so there’s no set schedule for replacement. It’s a similar story for the cambelts that are fitted to all engines, apart from the 2.0-litre petrol. These should be checked after five years and replaced if worn, but there’s no official time or mileage limit. When a cambelt does need to be replaced, VW dealers charge £494 for the work.

Volkswagen has recalled the Tiguan Mk2 16 times so far. The first campaign was launched just as the first cars arrived in the UK, because Tiguans built up to April 2016 featured faulty child locks on the rear doors. The most recent recall was issued in May of this year because the roof spoiler had the potential to detach on 2,495 Tiguans made between May 2016 and June 2019.

In between these recalls, there were 14 other campaigns because of collapsing front seat backs, failing headlights, faulty seatbelt pre-tensioners and airbags, along with overheating starter motors. Other potential problems that had to be remedied by VW centred on brake discs cracking, faulty front suspension, interior lighting short circuits, plus defective towbars, alloy wheels and fuel tanks also being discovered.

The Tiguan Mk2 hasn’t appeared in our Driver Power used car surveys yet, but it did come 51st (out of 75) in this year’s new car poll, following on from 48th last year and 29th in 2018. It’s the cabin space and versatility that owners like the most, along with the infotainment and ventilation. In most other areas the Tiguan is mid-table at best; owners aren’t impressed by the maintenance costs, driving experience or reliability.

As the original Tiguan aged it became more popular, with sales increasing each year, while today the Mk2 is VW’s biggest-selling model globally. The company’s approach with the Tiguan was hardly revolutionary, because the compact SUV segment was already well established by the time it arrived. But what VW did – as always – was offer a well made family car that’s easy to live with, easy to drive and gives its owner the satisfaction of knowing that they have put their money in a safe place. However, some Carbuyer.co.uk owner reviews show that problematic Tiguans do exist, and reliability isn’t a strong point in our Driver Power surveys, so faultless ownership isn’t guaranteed. 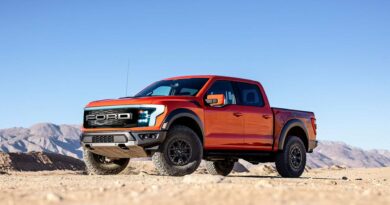 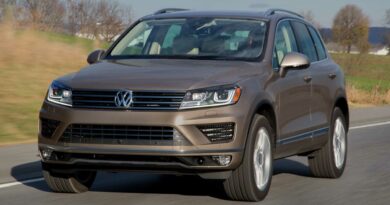 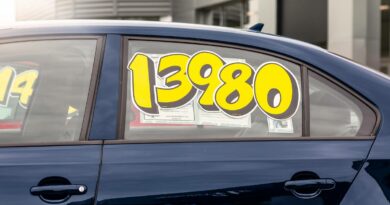 How to Get the Best Offer for Your Trade-In