Home » Car Reviews » Tun Mahathir explores a Polestar 2 brought to him by DRB-Hicom – hopes Proton will produce its own EV – paultan.org 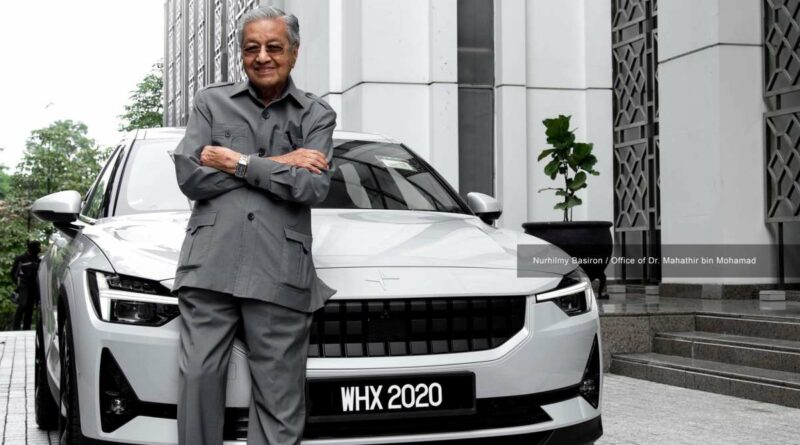 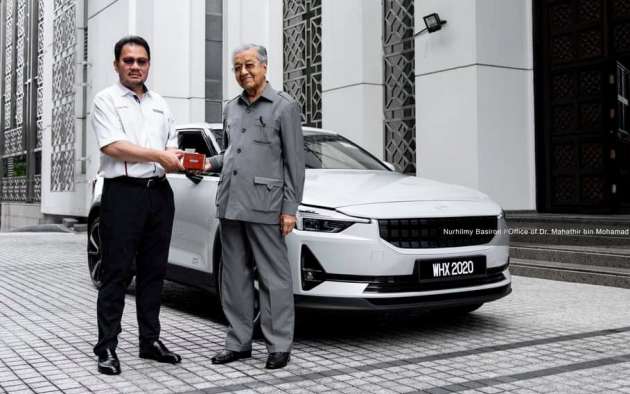 Earlier this morning, Tun Dr Mahathir Mohamad got up close and personal with the Polestar 2, with DRB-Hicom bringing a white unit with the registration plate ‘WHX 2020’ to the former prime minister and founder of Proton.

The Polestar 2 is the second model from the standalone electric offshoot jointly owned by Volvo and its Chinese parent, Geely Holding, which also owns a 49.9% stake in Proton. Currently, the liftback model is available in three variants, with battery capacities of between 69 and 78 kWh and power outputs of between 408 PS (402 hp or 300 kW)/660 Nm and 231 PS (228 hp or 170 kW)/330 Nm depending on whether it is front- or all-wheel drive.

“I understand that with a single charge it can travel for up to 400 km. One full charge is enough to use this car as usual. As for charging, it only requires less than two hours to get to 100%. If charging using electricity at home, it takes about seven hours. However, it is not difficult these days because there are more than 1,000 charging stations all over the country, so there is no problem to charge the vehicle anywhere,” Mahathir wrote in a post on his official Facebook page.

He was also a big fan of the Polestar 2’s design, pointing out the EV’s front trunk (frunk) as well as the minimalistic and futuristic cabin that integrates many vehicle functions into a tablet-style touchscreen infotainment system.

Mahathir also said that EVs are the way forward to reduce pollution and that in most countries, the local government incentivises the purchase of such zero-emissions vehicles. However, he noted that while using an EV doesn’t pollute the air as it emits no exhaust gases, the electricity supply used to charge them comes from power stations that do pollute.

As such, he said EVs have yet to reach the stage where they are truly pollution-free, adding that hydrogen fuel cell cars may be a better alternative, although those come with their own problems that need to be analysed and resolved. For now, he said EVs are the option for cleaner air in cities. Mahathir ended his post by saying that he hoped Proton would be able to advance the development of its EV project so that one day, it would be able to introduce its own EV to the market. 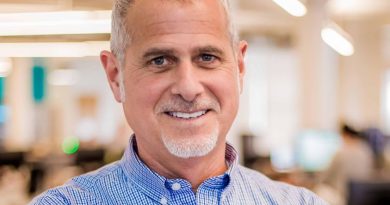 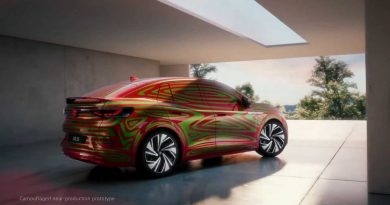