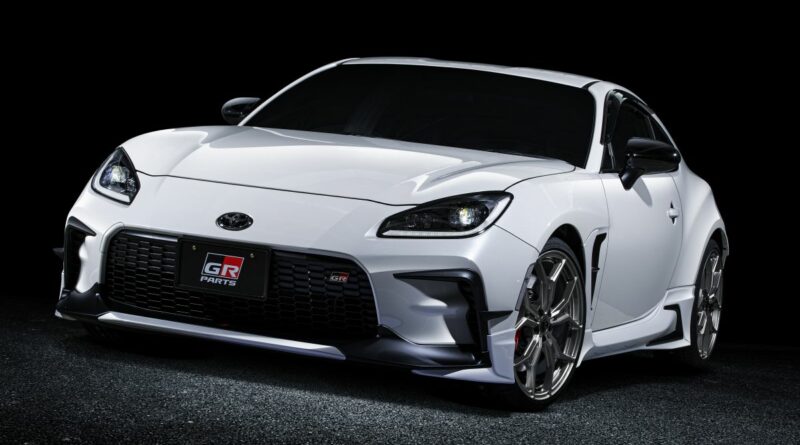 The new Toyota GR 86 has yet to go on sale in Japan, but Toyota Racing Development (TRD) has wasted no time in offering a range of GR Parts for the sports car. Customisation and modification are part and parcel of the 86 experience, after all, so it’s vital to get these things out the door quick.

While the car already looks pretty sporty out of the box, the new bodykit cranks the visual aggression up to 11. The deep front splitter features black “claws” that are joined together by a body-coloured lip; it also extends to the sides to cover up the front tyres and reduce drag, TRD says.

This “claw” motif extends to the side skirts (which are claimed to reduce “wobbling” in the corners) and rear diffuser, giving the car a more unified look. Completing the aesthetic is the ducktail bootlid spoiler, which is said to balance out the downforce generated by the front splitter.

Filling up the diffuser’s deep channels is a sports muffler with large quad tips, engraved with the GR logo. Other bits include front flics, a black appliqué for the front fender vents and door visors with aero fins that, rather optimistically, are claimed to deliver increased steering feel and more linear handling. There’s even an aluminium and carbon fibre fuel filler lid garnish with an old school “Unleaded Fuel Only” engraving.

Most of the stuff here is aesthetic in nature, but you can also get a couple of performance parts, such as a GR suspension kit with a diamond-like carbon (DLC) coating on the damper rod, reducing friction and, thus, improving the ride and handling. Also available is a very serious-looking big brake kit with monobloc callipers and large slotted discs.

Wrapping up the exterior are 19-inch Y-spoke forged aluminium wheels, which feature holes and a truss structure to reduce weight while maintaining optimum rigidity. The lower unsprung mass is said to deliver a more linear steering response and an improved ride, helping to offset the one-inch upsizing.

Inside, the GR 86 can be dressed up with trim panels that mimic the chopped carbon look seen in supercars, along with a suede-covered driver’s side knee pad. You can also get an aramid fibre key cover, replete with an aluminium frame inspired by the wheels’ design.

No changes to the car’s trademark naturally-aspirated flat-four engine, now displacing 2.4 litres and producing 235 PS at 7,000 rpm and 250 Nm of torque at 3,700 rpm. Drive is sent to the rear wheels through the same six-speed manual and automatic gearbox options as the outgoing model, allowing the GR 86 to get from zero to 100 km/h in 6.3 seconds. You can, of course, look forward to the inevitable slew of performance modifications from everyone from HKS to Greddy, if you want more power.

The company has also released a full image gallery of the GR Parts Concept that it showed at the Fuji 86 Style with BRZ 2021 event last month. It shares a similar design philosophy with the parts you can actually buy but in a more exaggerated form, with an even deeper front splitter, bigger front flics, a front grille intake, extended side skirts and diffuser and a massive rear wing, most of which are made from carbon fibre.

Stealing the show, however, are the fender extensions that add a whopping 43 mm to each side, giving the car a mean stance that the standard GR 86 cannot hope to match. The bonnet and front fenders are also vented, the latter alleviating the turbulent air in the wheel wells, producing downforce. 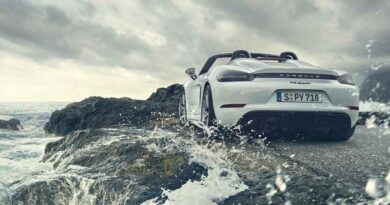 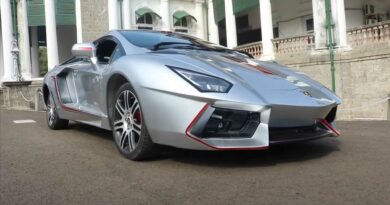 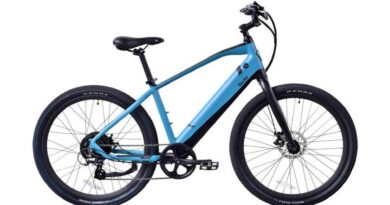