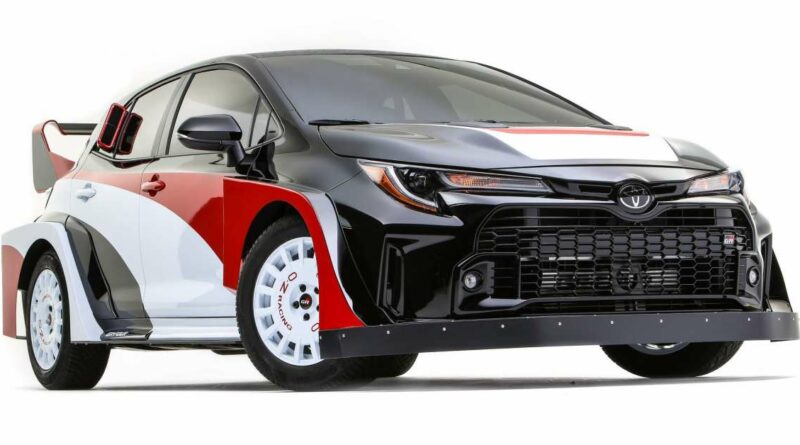 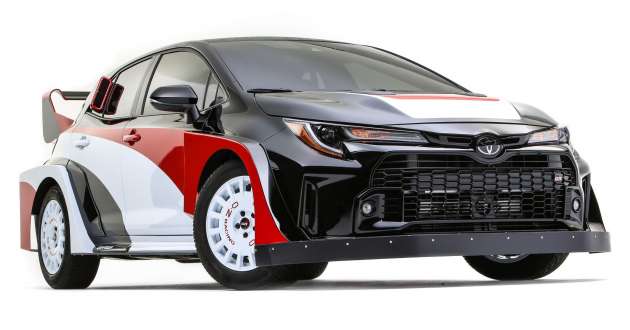 For this year’s SEMA Show, Toyota is providing a glimpse of the GR Corolla’s potential for aftermarket customisation with this, the GR Corolla Rally Concept. Unlike its close sibling, the GR Yaris, the GR Corolla isn’t a homologation special developed so the carmaker could compete in the World Rally Championship (WRC).

Nonetheless, the GR Corolla shares a lot of its running gear with the GR Yaris, and the Rally Concept demonstrates just what would happen if it was made into a full-on rally car. “The GR Corolla Rally Concept shows what happens when we apply a healthy dose of Toyota Gazoo Racing DNA and expand the GR Corolla’s rallying roots,” said Lisa Materazzo, group vice president of Toyota Division Marketing at Toyota Motor North America (TMNA).

Based on a 2023 GR Corolla Circuit Edition, the Toyota Motorsports Garage team looked towards the GR Yaris Rally1 for inspiration, applying many of the WRC race car’s technologies and characteristics to the concept.

The most obvious change is the Rally Concept’s widebody kit that features three-inch fender flares (the car is six inches wider than stock) fabricated from 20-gauge steel as well as integrated carbon composite side skirts. There’s function to go with the form too, as the large openings in the fenders extract air from the wheel openings, while the fenders themselves are designed to provide downforce. 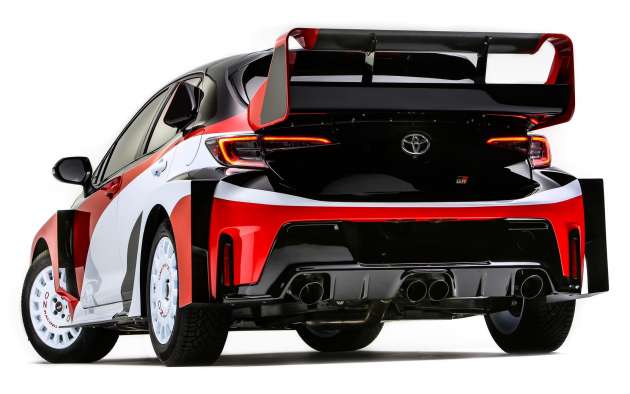 The world of rallying places a lot of stress on drive components, so ensuring there is sufficient airflow to the custom oil and transmission coolers is necessary. These components sit inside the cabin behind the driver and navigator, so the rear quarter windows get vents to channel air to these coolers. The Toyota Gazoo Racing-inspired paintwork by Texas-based Complete Customs completes the exterior, although it could do with some brand sponsorship.

Under the bonnet, the G16E-GTS 1.6 litre turbocharged three-cylinder petrol engine still produces 304 PS (300 hp) and 370 Nm of torque, paired with a six-speed manual transmission and GR-Four all-wheel drive system. However, the air filter has been swapped out for a GR unit and the exhaust system is customised by MagnaFlow, hence the additional outlet in the middle.

Inside, the rear seats have been modified to fit the custom full roll cage and spare tyre. You’ll also find quite a few items from OMP Racing, including the brand’s racing seats and belts and a fire suppression system. To make room for the turning brake handle, the manual shifter has been slightly relocated for better ergonomics, and other rallying-related items include a ZeroNoise intercom system and a vehicle jack.

The GR Corolla is set to enter the ASEAN market soon, with Thailand reportedly set to be the first to welcome the model. The GR Yaris was offered in Malaysia before, so here’s to hoping we get the GR Corolla too. If you need a reference point to make a rally version of the hot hatch, TMNA’s concept is a good start, don’t you think? 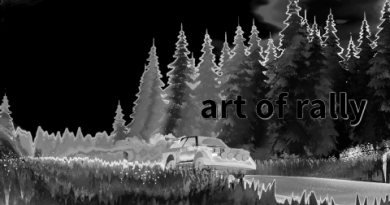 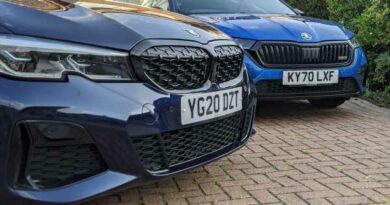