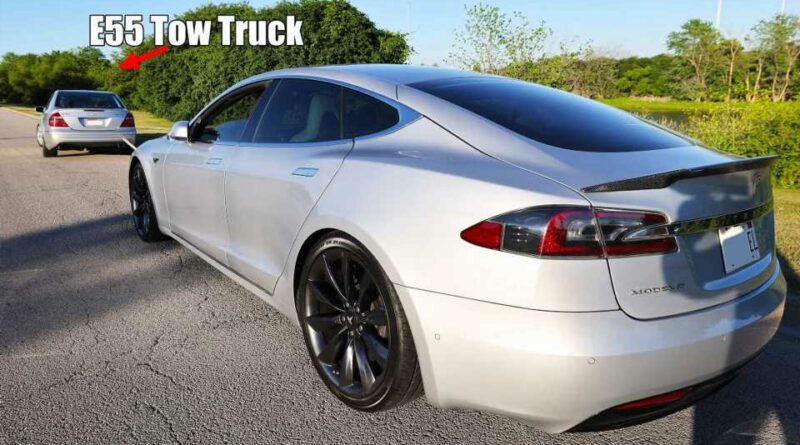 This has been attempted multiple times before, but we’ve not seen it done at highway speeds.

The fact that you can charge an electric vehicle by towing it in gear is common knowledge among those with knowledge of how EVs work – you’re basically just relying on regen to put juice back into the battery, using the motor as a generator. Many have attempted it as more of a gag and more often than not in order to make a YouTube video that will attract a lot of views; this latest attempt is no different.

We’re pretty sure very few people actually charged their EVs in this manner, even when they completely ran out of juice and stopped on the side of the road. Calling a tow truck seems like a safer bet than towing your dead EV behind another vehicle to charge it back up again…

Rich, the guy behind the Warped Perception YouTube channel, known for many crazy perception-warping videos about cars and engines, had his very own Tesla Model S towed behind another vehicle (a Mercedes-Benz E55 AMG, no less) at a constant 70 mph and drew several important conclusions.

Firstly, the vehicle did not display any error messages or any warnings that what was being done to it was harmful to the vehicle or unsafe in any way. It looked like it could take many more miles of what it was being subjected to without issue.

Secondly, while towing the Model S at 70 mph, the battery was being replenished at an accelerated rate. He had the car towed for some 25 miles, putting back electricity into the batter at a rate of 65 kW – not quite Supercharger speeds, not even V1 or V2 Superchargers that could muster up to 150 kW, but still pretty decent.

We don’t encourage you to try anything like this, but based on the evidence presented in this video experiment, it’s not the worst think you could subject your electric vehicle to, although you will need something quite powerful to do the towing. 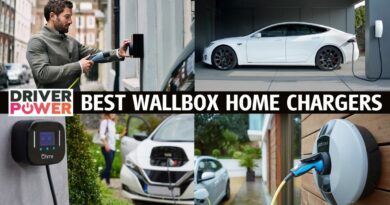 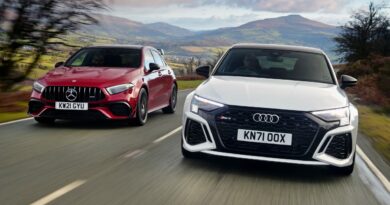 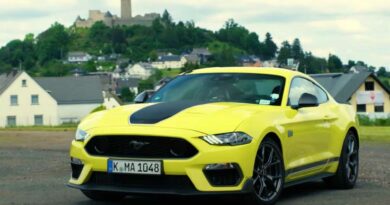