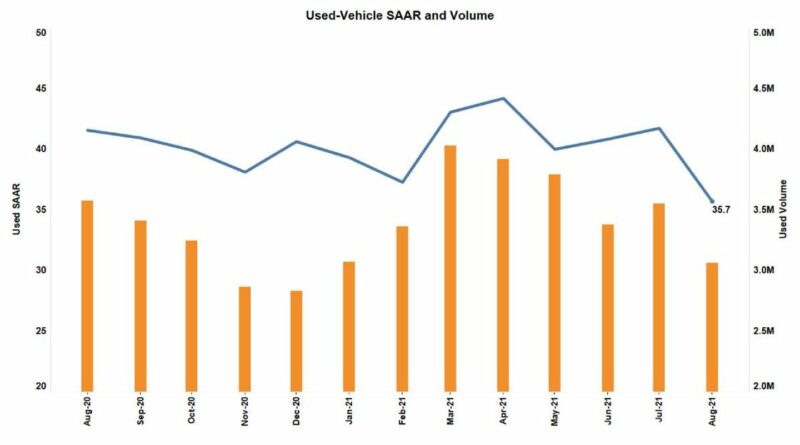 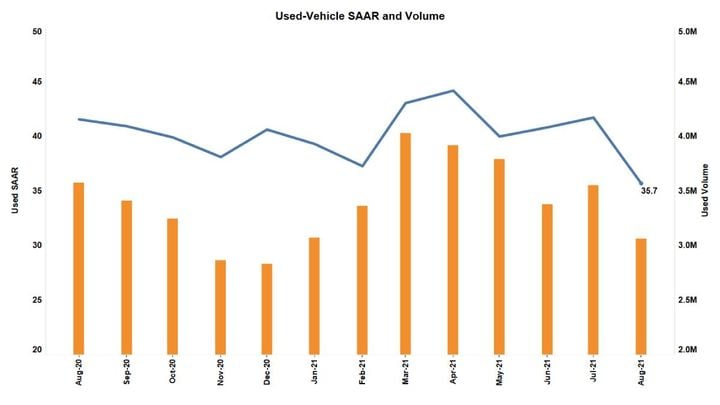 Total used-vehicle sales were down 14% year over year in August, as they were in June and July, according to Cox Automotive estimates released Sept. 16. The seasonally adjusted annual rate (SAAR) of sales declined to 35.7 million, down sizably from 41.6 million last August and also down compared to 41.7 million in July. Total used-vehicle sales volume last month was estimated at 3.1 million, down from 3.5 million in July.

However, as tight vehicle inventory continues to vex the auto industry, U.S. dealer sentiment in the third quarter softened but remains mostly positive and above levels recorded in Q3 2020 and Q3 2019, according to the latest Cox Automotive Dealer Sentiment Index. The used-vehicle sales index fell slightly but remains historically high at 59, the second-best reading in the index’s history and behind only the record set last quarter.

Slowed in part by high prices, retail used-vehicle sales — vehicles sold via a dealership, thus removing private party sales — dropped in August as well, falling to an estimated 1.7 million, down from 1.9 million in July and 1.9 million in August 2020. The August retail sales volume translates to an annual sales pace of 19.5 million, down from 22.0 million last August and down month-over-month from July. 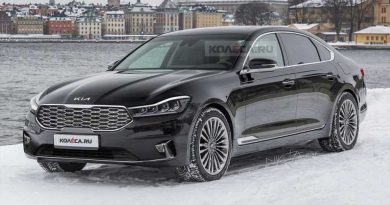