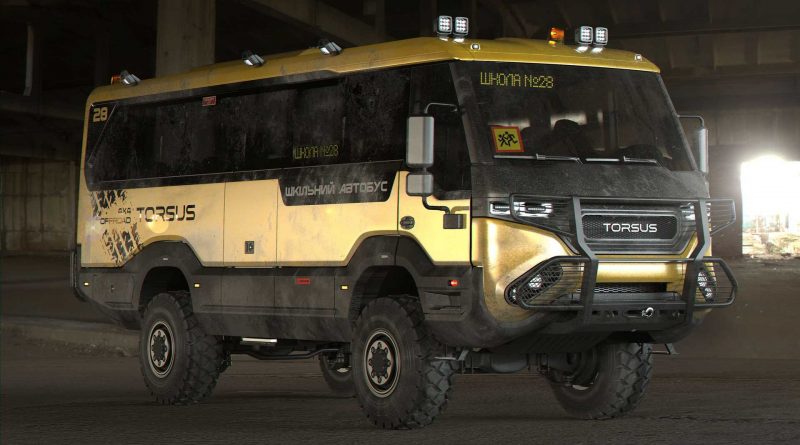 Sorry kids, you’re going to school today no matter what.

We’ve seen the Torsus Praetorian before. It’s our favorite off-road bus, partially because it’s the only dedicated off-road bus we know of aside from bonkers, one-off monster truck builds. It’s been portrayed as a heavy-duty transport to access remote work sites, and it’s also available as an overlanding vehicle. Now, Torsus presents the venerable Praetorian as a school bus, because apparently, some schools are way harder to reach than others.

Torsus says its Praetorian School Bus edition is “intended for the toughest school run routes in the world.” Hopefully, the world never devolves to an apocalyptic state where simply getting to school requires nearly 16 inches of ground clearance and the ability to cross water over two feet deep. Should that happen, the Praetorian is capable of such things and more thanks to its MAN-based chassis, four-wheel drive, and 6.9-liter six-cylinder diesel churning out 240 horsepower (176 kilowatts) with a terrain-swallowing 682 pound-feet (925 Newton-meters) of torque. 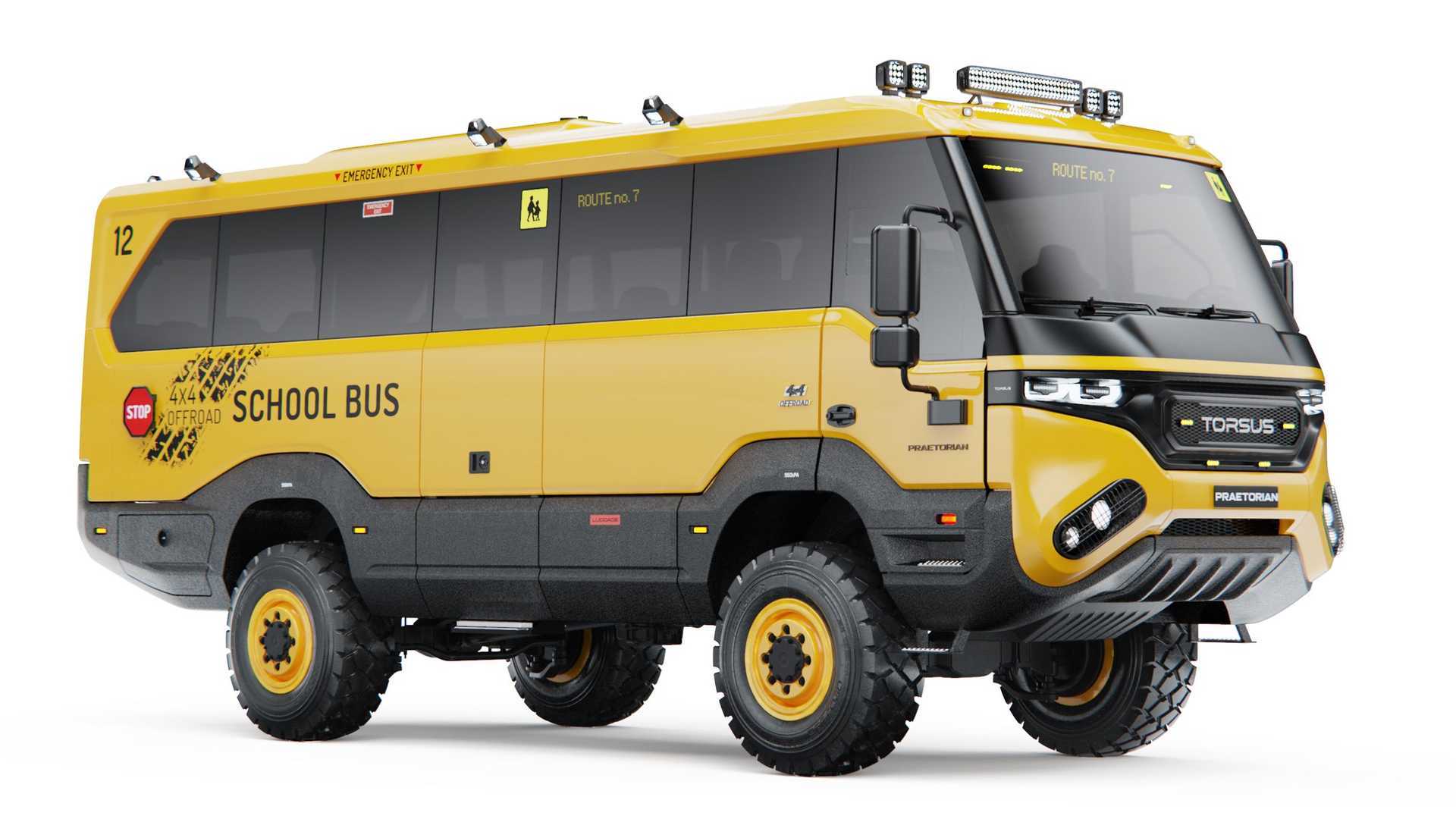 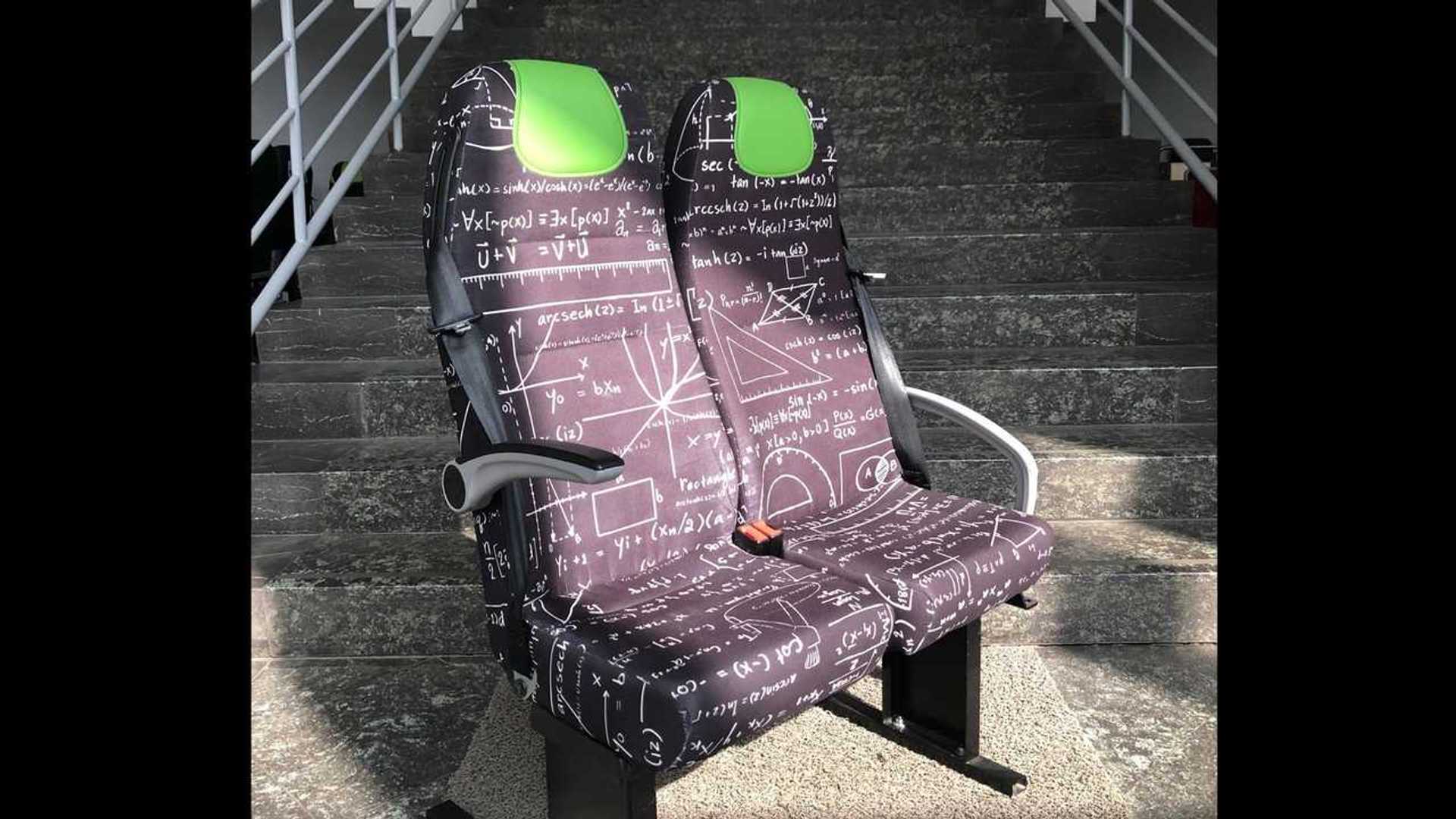 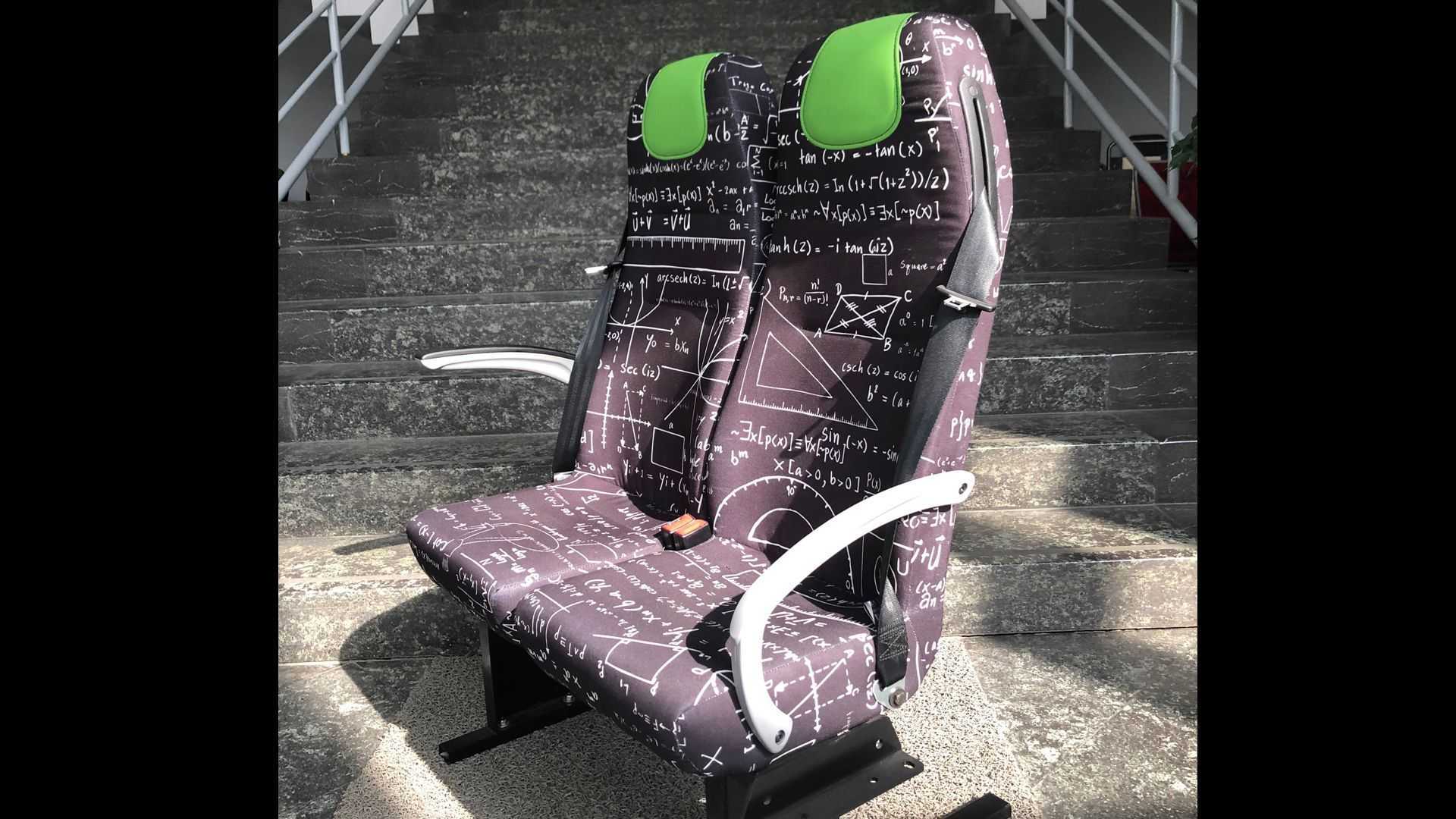 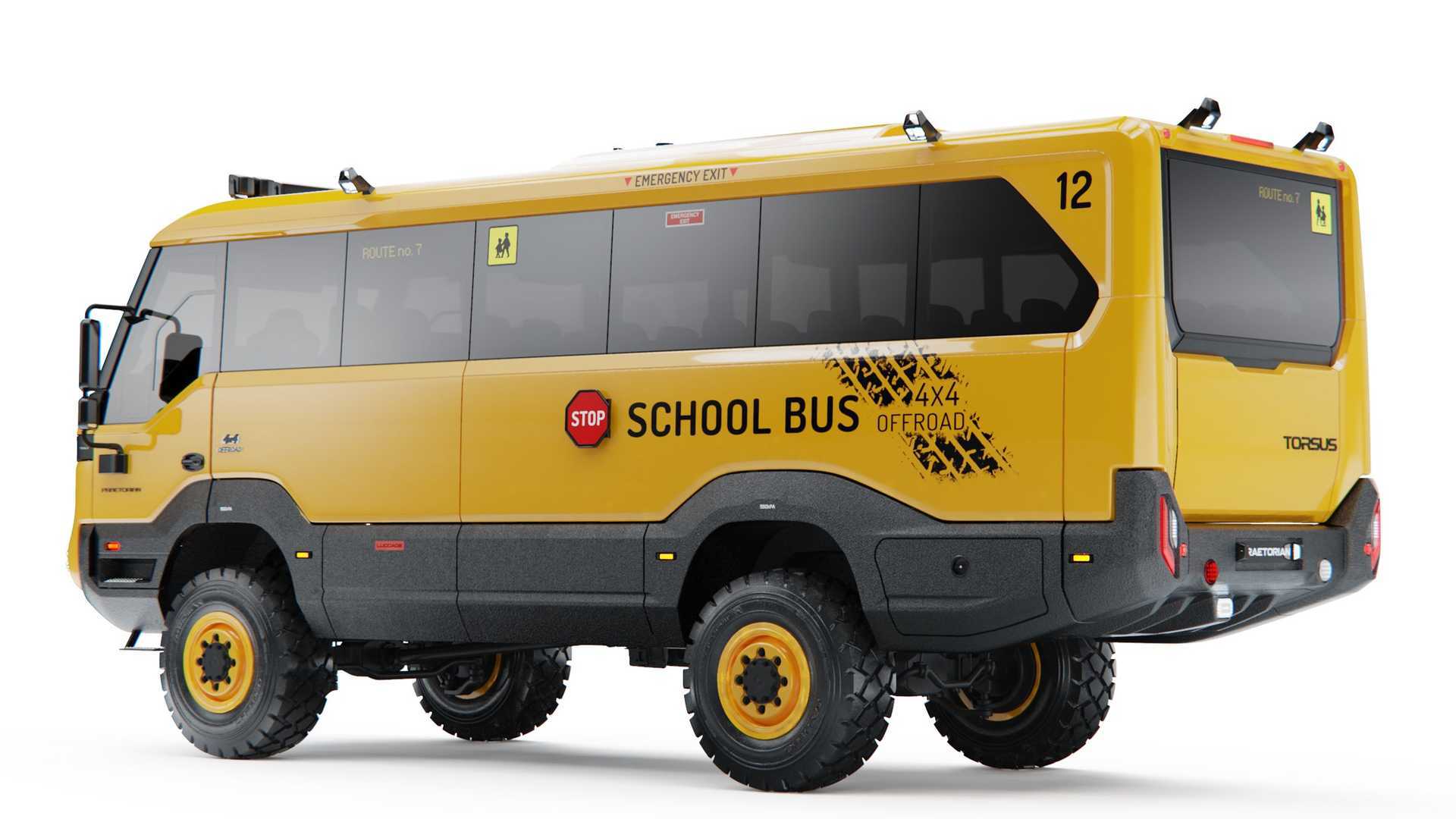 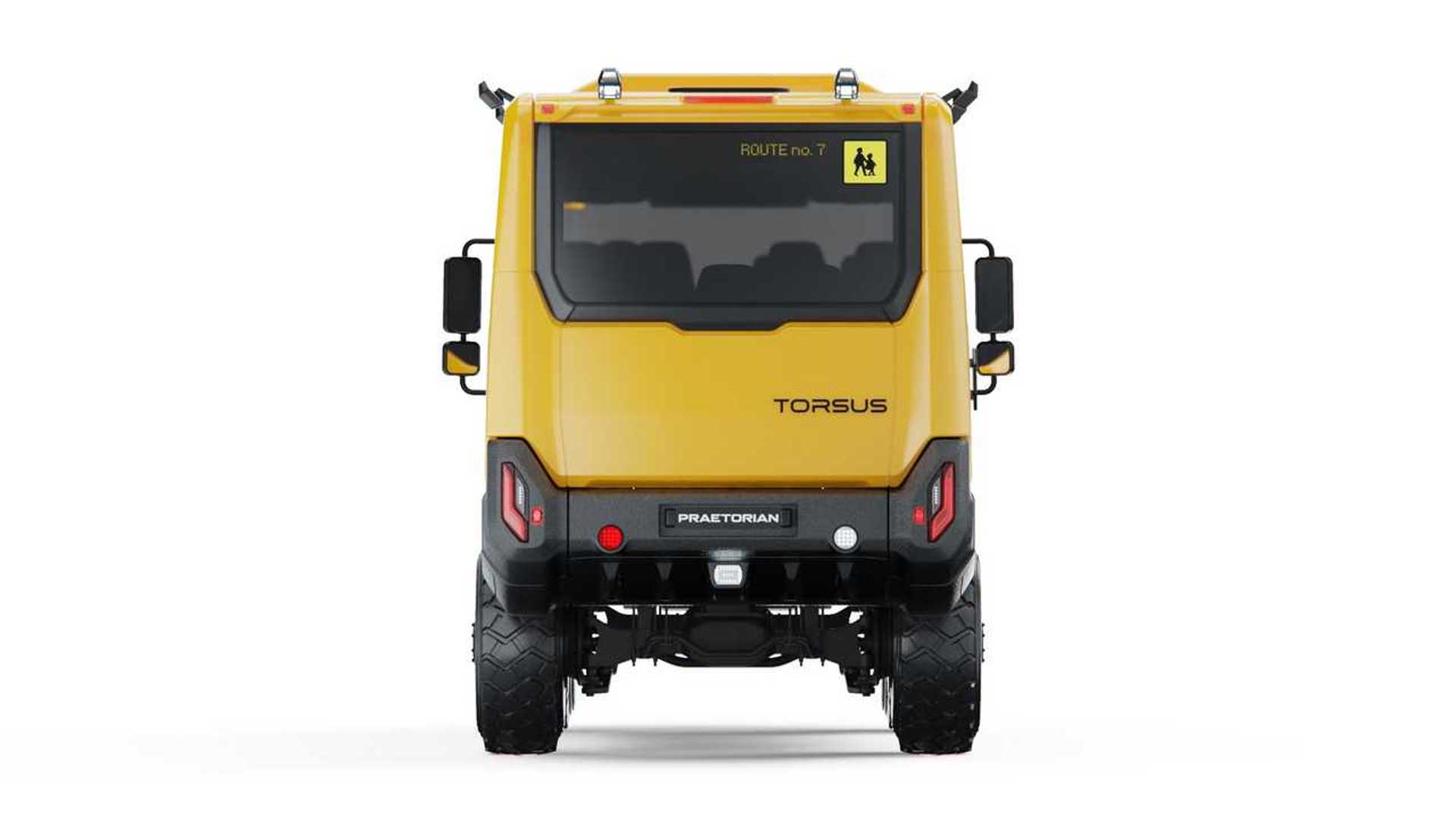 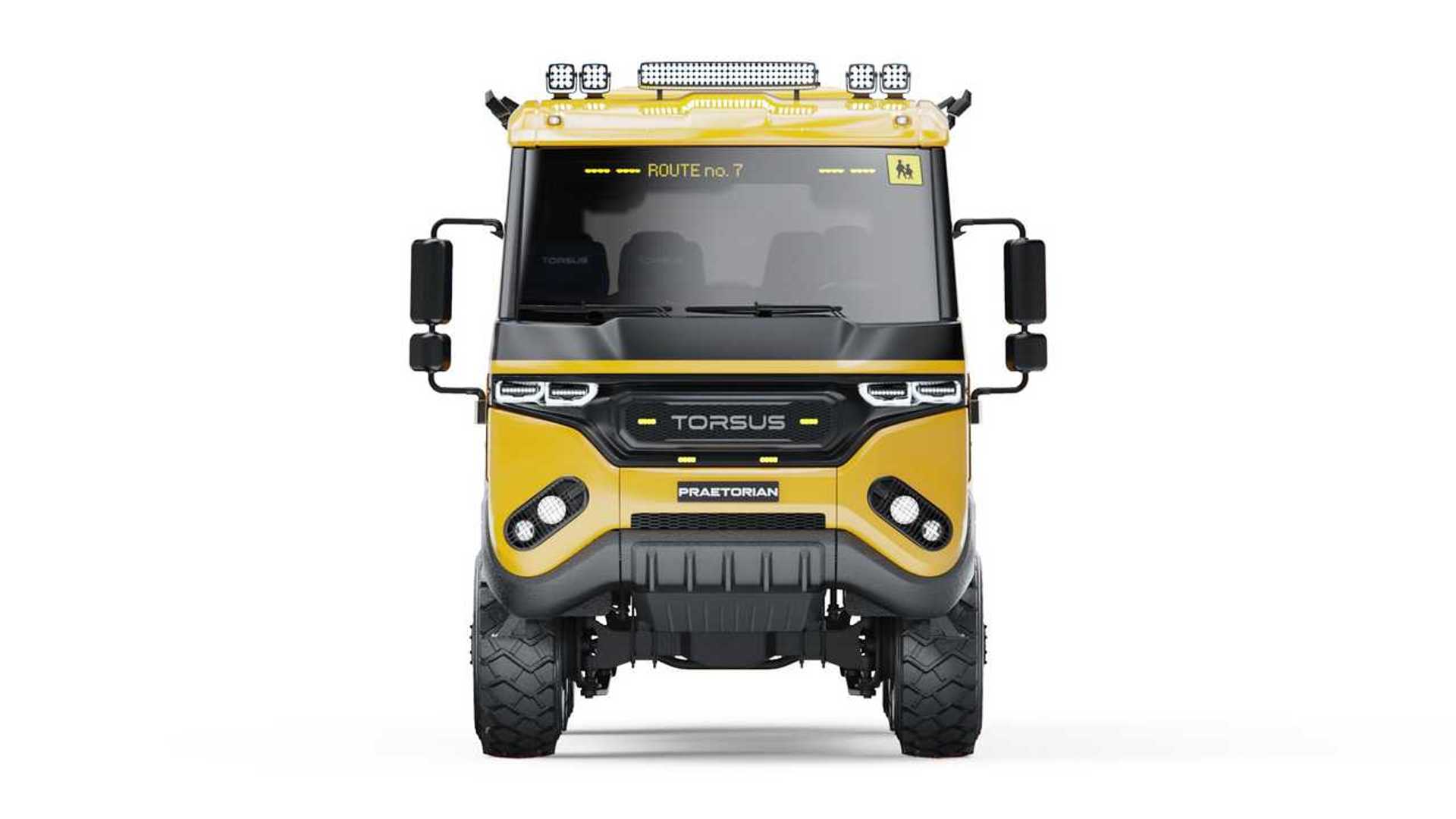 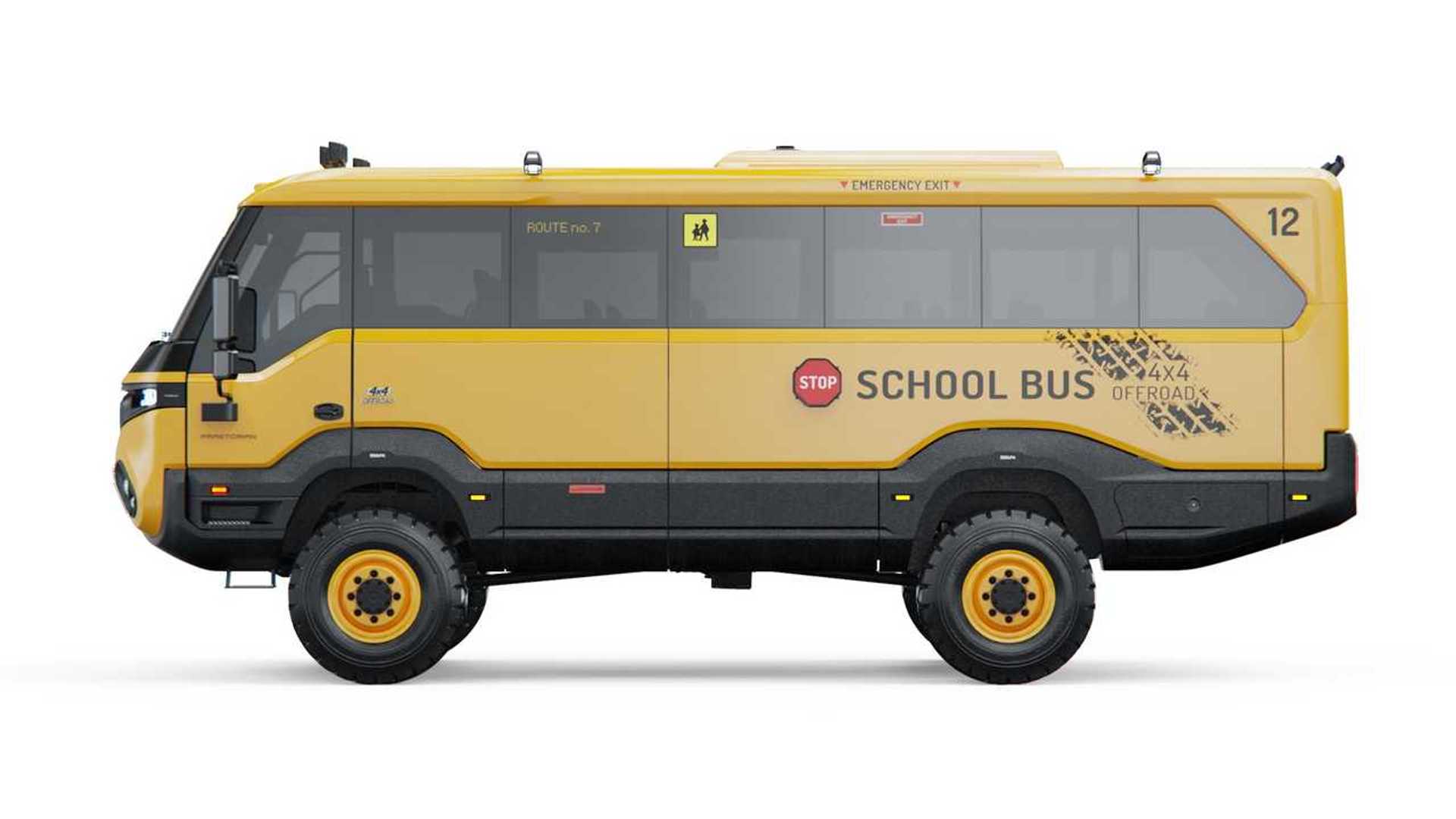 Aside from its proper exterior shade of school bus yellow, Torsus does make some other changes to the Praetorian for school duty. The seats are covered with a polymer protective coating to make them more durable, and the coverings feature a snazzy math/science motif to inspire higher education. Outside, the Praetorian rides on upgraded Michelin off-road tires for better grip in rough terrain. Presumably, the durable new seat coverings might also come into play in such situations, as they should be easier to clean in the event students soil themselves during the ride. Considering the Praetorian can carry 35 kids, things could get very messy.

There is no mention of cost or availability, but Torsus is keen to tell us the Praetorian is an extremely versatile machine for a wide range of applications. That said, we’re not expecting to see these buses on the road anytime soon. But then again, that’s kind of the point. 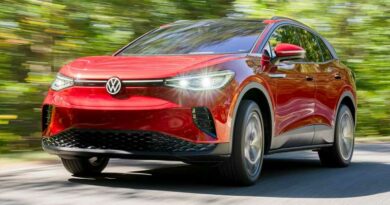 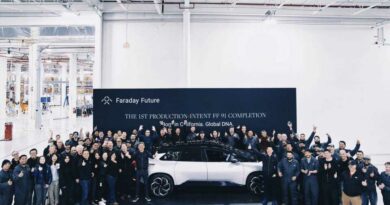 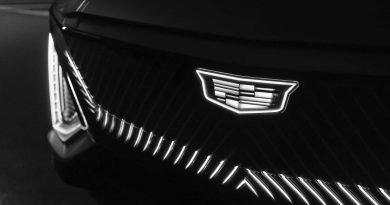