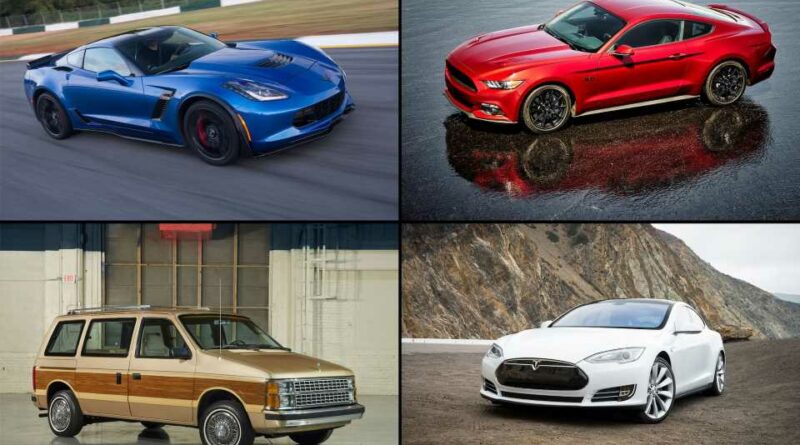 In honor of Independence Day, we’re bringing back this 2015 story on the greatest American cars of all time. Did your favorite make the list?

America may not have invented the automobile. That honor goes to German engineer Karl Benz and his Patent Motorwagen of 1886. But America quickly made the automobile its own. By 1904 the United States led the world in automobile sales and production, and by 1913 80 percent of all the cars made in the world were made right here. American automakers — there were 253 of them active in 1908 alone — were pioneering new technologies and new vehicles at an astonishing rate.

So as we celebrate the Fourth of July, why not celebrate the 10 greatest American cars of all time? You can define greatness is many ways, but these are all automobiles that were hugely influential in terms of their technology, design, engineering, and their impact on society and popular culture. These are machines that changed our world.

There are other cars that are perhaps equally deserving of inclusion on this list. So let the arguments begin. If you think we’ve missed an all-time great, let us know.

Henry Ford’s Model T was produced for 19 years, from 1908 to 1927, and almost 15 million were made, with prices falling from $825 to $260 by 1925 as Ford refined the mass-production process. But the Model T was more than just a car. It put America on wheels and so changed the way Americans worked, the way they lived, and the way they played. Shopping malls, motels, planned suburbs with affordable housing, well-paid manufacturing jobs, and an emerging middle class eager to enjoy the perks of prosperity — this was modern, 20th-century America, and the Model T helped create it all.

Launched in 1932, the Ford Model 18 was the first mass-market car in the world with a V-8 engine, and created a paradigm for American cars that continues to this day. In the 1930s Ford V-8s were prized for their performance—gangster John Dillinger wrote to thank Henry Ford for building “as fast and sturdy a car as you did”—and after World War II they formed the backbone of the nascent hot rod movement, being cheap, plentiful, and easy to modify for extra performance. With ’32 Fords—Deuce Coupes—still regarded as the most desirable of all hot rods, this is a car that’s remained a pop-culture icon for more than 80 years.

Also launched in 1932, the Duesenberg Model SJ was the antithesis of the cheap and cheerful Fords and Chevys most Americans drove through the depths of the Depression. The Duesenberg SJ was, simply, a hand-built, money-no-object supercar, the 1930s equivalent of a Bugatti Chiron. With their twin-cam, four valves per cylinder, supercharged straight-eight engines, Duesenberg SJs were said to be capable of 104 mph in second gear and 140 mph in top; in 1934 a lightweight roadster averaged 135 mph for 24 hours on the Bonneville Salt Flats. Just 36 SJs were built between 1932 and 1935. Gary Cooper and Clark Gable owned the only two short-wheelbase SSJ Duesenbergs ever built.

“The Jeep, the Dakota airplane, and the landing craft were the three tools that won the war,” claimed Dwight D. Eisenhower, Allied Supreme Commander during World War II. More than 700,000 Jeeps had been built by the war’s end, giving Allied troops overwhelming superiority of movement on the ground. Post-war, the tough, nimble, go-anywhere Jeep enjoyed a second, more peaceful career as a recreational vehicle, establishing the nexus between capability, style, and functionality that still underpins 21st-century car buyers’ love affair with crossover vehicles. The Jeep is the car that saved democracy. And it was the seminal SUV.

Rock ‘n’ roll began with a song about a car: Elvis Presley was still driving a gravel truck when 19-year-old Ike Turner walked into a tiny studio owned by Sam Phillips in Memphis in 1951 and recorded “Rocket 88,” a paean to the fastest American sedan you could buy at the time, the Oldsmobile 88 powered by the 135-hp Rocket V-8 engine. Launched in 1949, the Rocket-powered 88 was America’s first muscle car, proving almost unbeatable in stock car racing through 1951. The record “Rocket 88” was an unexpected hit, and the royalties enabled Phillips to start Sun Records, the label that gave musicians such as B.B. King, Jerry Lee Lewis, Johnny Cash, and, of course, Elvis their starts.

Making its debut in 1953, the Corvette is 10 years older than Porsche’s 911, and every bit as iconic. Like the Rolling Stones, the Corvette has had a patchy track record—the asthmatic 165-hp C3 of the mid-’70s is the equivalent of disco-era Mick and Keef phoning it in. But when it’s been good, the Corvette has been breathtaking. The beautiful Bill Mitchell-designed C2 Sting Rays, particularly the fuel-injected 327s with four-speed manual transmissions, were arguably better cars than the contemporary Jaguar E-Type, while today’s mid-engine C8 is a true high-performance sports car with leading-edge technology and performance equaling that of rivals costing two or three times the price.

The Ford Mustang not only created a new automotive genre—the ponycar—but was also one of the first cars designed for a specific demographic. When Ford’s Lee Iacocca realized the first wave of baby boomers were coming of driving age, and that they would want to drive something very different from the big, soft land yachts their parents loved, product planner Hal Sperlich proposed wrapping mundane Falcon mechanicals in sporty sheetmetal. The Mustang proved an overnight sensation, with more than 1 million sold in the first 18 months of production. But performance that truly matched the style wasn’t really unlocked until the Shelby GT350 appeared in 1965, establishing the formula that has kept the Mustang alive for more than 50 years.

Henry Ford II thought he had a deal. Nine months of negotiation were over, and on July 4, 1963, he was planning to be in Maranello, Italy, signing a $10 million deal with Enzo Ferrari that would give Ford Motor Company a half share in the storied Italian sports car maker. A Ferrari-Ford sports car was already being planned, with an Italian V-12 engine in an American chassis. But the deal never happened—Enzo Ferrari pulled out at the last minute. An enraged Henry then authorized the development of the Ford GT40, with the express goal of humiliating Enzo’s blood-red racers in the Le Mans 24 Hour race. Which it did, convincingly, in 1966. The icon inspired two generations of successors, including the latest Ford GT powered by a twin-turbocharged V-6.

Others had toyed with the concept, notably VW’s Microbus of the ’60s and Lancia’s 1978 Megagamma, but it was Lee Iacocca and Hal Sperlich—the same team who’d made the Mustang happen at Ford 20 years earlier—who at Chrysler in 1983 revealed the perfect combination of size, seating, and drivability that came to define a new segment-busting family vehicle, the minivan. Within a decade almost every mainstream automaker offered a minivan in the U.S., making traditional station wagons obsolete. The segment has declined in recent years, but the basic formula established by Chrysler remains the definitive one: front drive, sliding side doors, and a highly flexible seating package for seven or eight passengers.

The mere fact the Tesla Model S exists at all is a testament to innovation and entrepreneurship, the very qualities that made the American automobile industry the largest, richest, and most powerful in the world. We’ve not yet become a nation of bankers or burger-flippers. America can still make things. Great things. But what marks the Tesla Model S as one of the all-time great American cars is that it has single-handedly changed the tenor of the conversation about electric vehicles. The Model S made electric cars cool for auto enthusiasts. How? It’s good-looking and quick. Very, very quick. In Plaid guise, we clocked the Model S at just 2.07 seconds to 60 mph. That’s monumentally impressive—the quickest production vehicle we’ve ever tested, and an American-made EV at that. 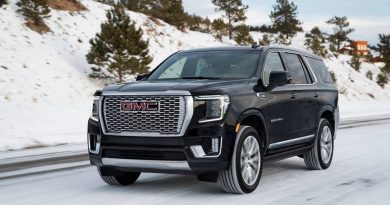 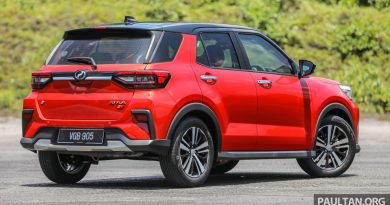 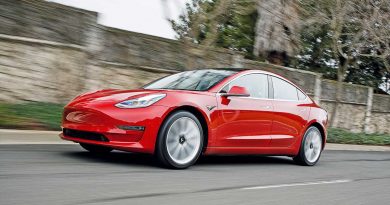