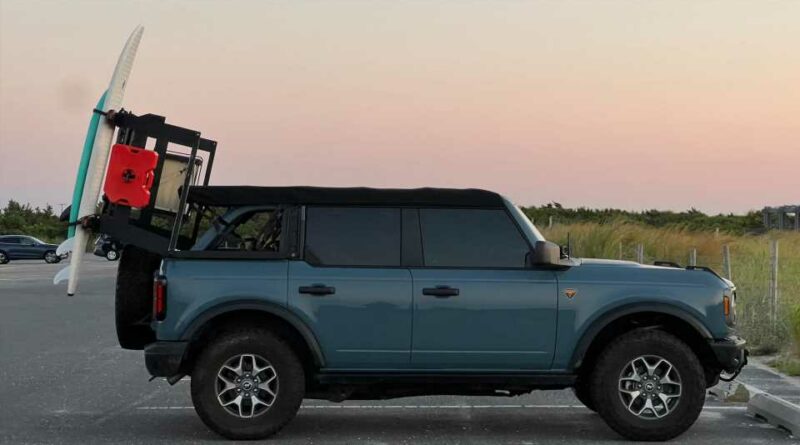 We know what you’re thinking: If you have something long to carry in your Ford Bronco four-door, you can just put the middle seats down. While that’s a great solution, what if those seats are occupied by your friends or children? They don’t exactly fold flat comfortably and getting them to ride in another vehicle isn’t always feasible. While some cargo racks do exist for the Bronco, getting stuff loaded on to them can be a hassle and a practice of balance while trying to climb up using the doors and steps all while holding your gear. Many times, these racks also force you to either use them without the soft top or just do without the rack. Fortunately, Tim Rossiter has created a solution that not only works with the soft top, but also tilts back to make loading even easier through his new company, 22 Winty.

While it does sound like something a fly-by-night overseas company would call itself on eBay or Amazon, Tim Rossiter did explain that the name—22 Winty—is related to his family. “My father’s name, my middle name, and my son’s name are all Winton and I shorten it to ‘Winty,'” Rossiter explained, “22 is just a number I’ve always liked and also happened to be the year we started making the racks.” Thus, the name has stuck since he created it.

While you might not realize it, you will already likely be familiar with his work. Prior to creating these racks and his new company, Rossiter worked as an engineer in the entertainment industry related to physical special effects for things like, say, a salmon cannon for a talk show or a large train set with fireworks that go off, and many other pieces for movie and television sets that require a high-degree of functionality, repeatability, and—most critical of all—safety.

Needless to say, with years of experience in creating these pieces that needed to work, be ready for multiple takes, and wouldn’t hurt anyone is someone you want engineering a piece like your roof rack. Especially on as innovative as the tilting roof rack for the new Ford Bronco.

A Rack That Not Only Works With Your Soft Top

The first thing you’ll notice about the 22 Winty roof rack is that it works with the soft top, both while it’s deployed or folded away. This includes working with the soft tops rear quarter windows, and you’re able to deploy it even if the rack is already installed. That’s because the rack tilts by removing the two front knobs of the four knobs used to install it on its bracket, and it rests on the spare tire while you’re opening or closing the top. This also allows you to have easy access to the gear that’s normally stowed on the roof and not the easiest to reach.

Rossiter also explains that the top is intended more for urban adventurers and not for rock crawlers or anyone who needs heavy storage like overlanders. The rack is tested to work with 80 lbs of cargo and up to 80 mph with no issues. It’s also been used on washboard roads around Mojave National Park, driving trails on Mosquito Pass in Colorado, and has over 5,000 miles of real world driving between New York, the Great Smoky Mountains, and Los Angeles.

The other bit of good news is that you don’t need to modify the body to make the rack work on your Bronco. It all attaches to existing hardware on the Bronco that’s also used to attach the hardtop as well as the rear fender’s bolt holes. 22 Winty also supplies plastic pillar protectors that attach windows to the C-pillar with 3M VHB tape. The tape peels off cleanly and the pillar protectors prevent any frictional damage caused by dirt between the rack and your brand-new Bronco.

The only bit of bad news is that the 22 Winty tilting roof rack is only tested on a four-door soft top with up to a 35 inch spare tire. He’s currently looking for a two-door and a hard top version of both to test these racks on to ensure that they do fit. He’s also developing additional parts and accessories, especially for those who are not carrying a spare tire on the rear cargo door.

One example that Rossiter has already developed is a front cargo bar that mounts to existing hardware on the windshield to strap even longer stuff like his canoe (which he notes still only weighs about 60 to 80 lbs), but currently, he’s only offering the rear rack. “I’ve gotten a request from a guy who’s daughter is a pole vaulter with 14 foot poles,” he said, but he expects that most owners are looking for easier ways to carry stuff like skis, snowboards, surf boards, and related gear or even an easy way to carry some lumber.

Other than that, he’s not really looking to develop a heavier duty version of the 22 Winty cargo rack. “I have considered this,” explained Rossiter, “however, there are engineering limitations to making a heavy-duty rack that’s still lightweight, sleek, and easy to use. For those looking for that type of use, there are solutions already available.”

He’s also added that people have not only approached him to potentially make this rack available for other models outside the Ford Bronco, but also creating a tubular version that would be “the same concept and shape, just a different look.” For now, he’s not committing to anything beyond this version of the 22 Winty tilting cargo rack. The most important part for Rossiter, at this point, is getting more racks out to customer’s Broncos. “I’m making the first batch myself since there has been such a great response,” he said, “but I plan to outsource as soon as possible. I want to get them out there.” 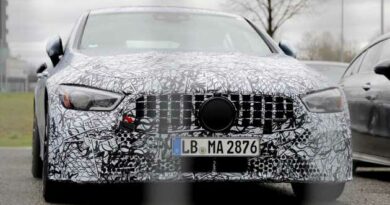 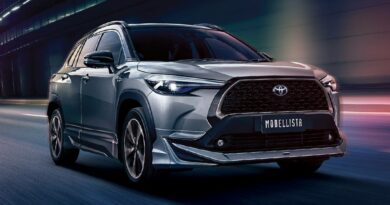 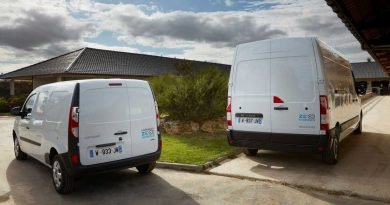