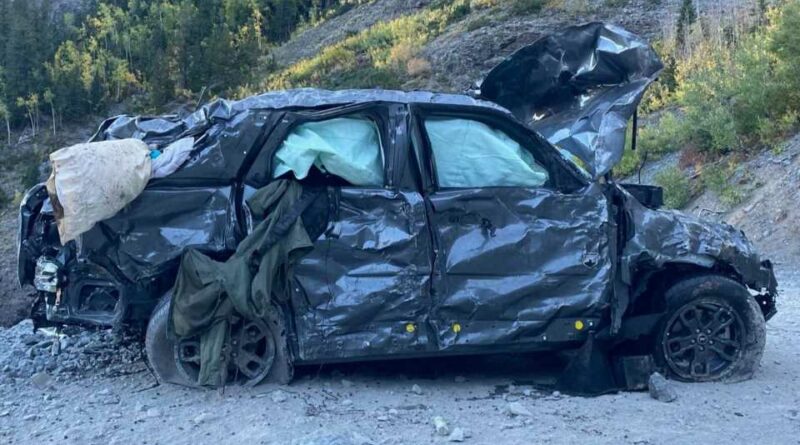 Harrowing images from the San Miguel County Sheriff in Colorado show the aftermath of a Ford Bronco Sport rolling about 400 feet (121.9 meters) down a mountain. The incident happened on the morning of Sunday, September 26 at a trail called Black Bear Pass.

The 23-year-old female driver was ejected and suffered serious injuries. Her dog, a one-year-old golden doodle named Chewy, was also ejected but had only minor injuries. A passenger who was not in the vehicle at the time was not hurt. 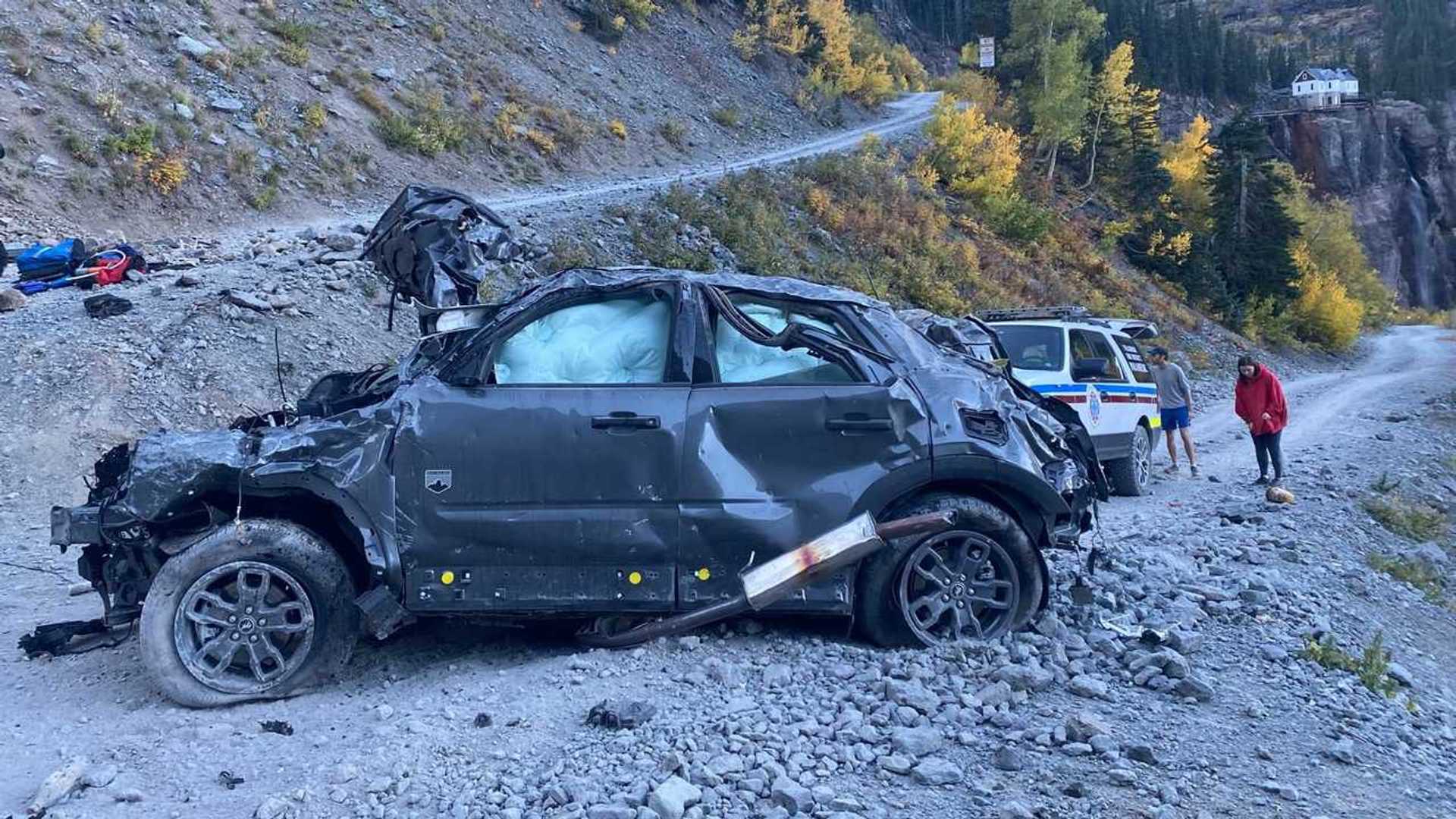 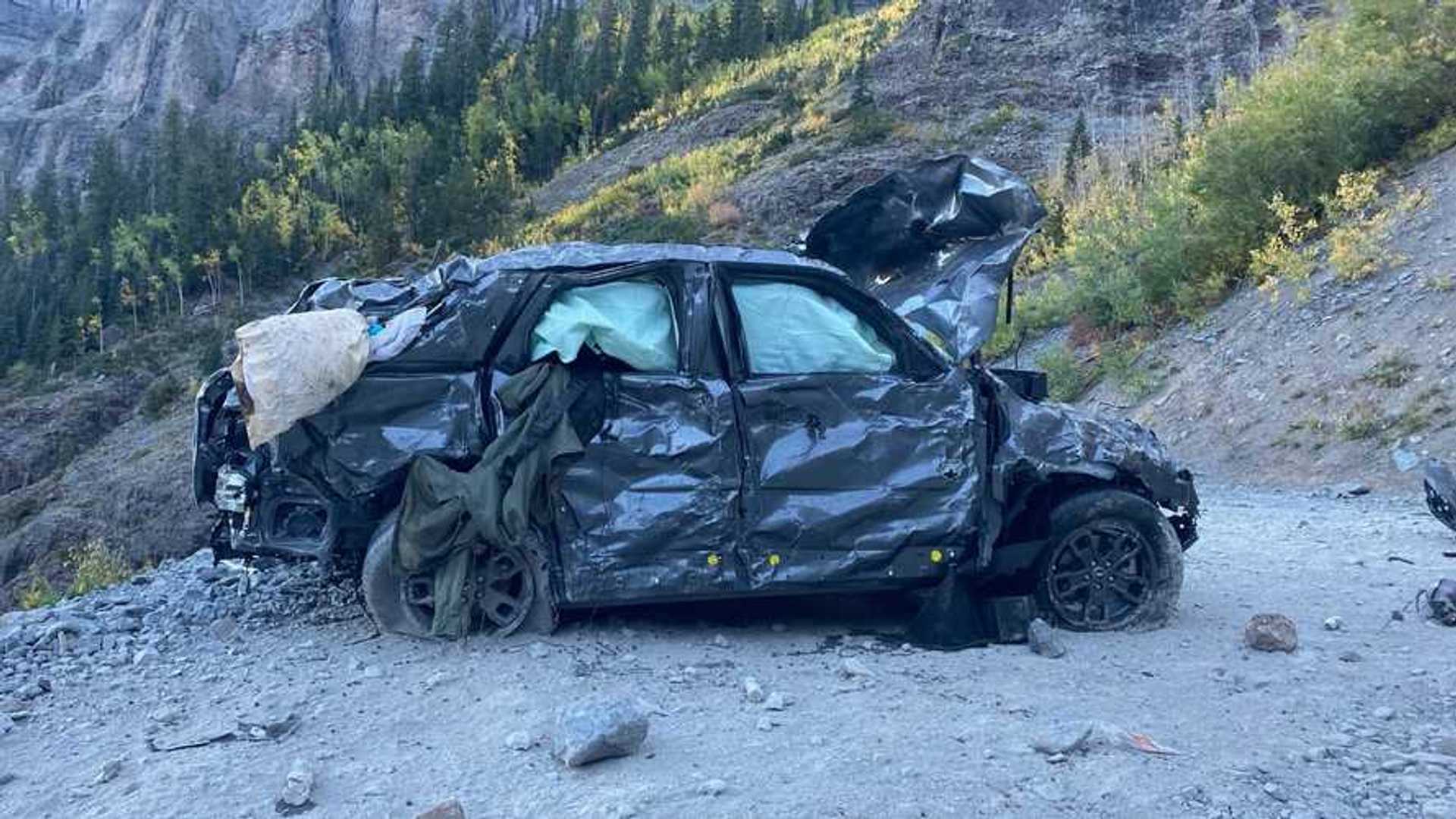 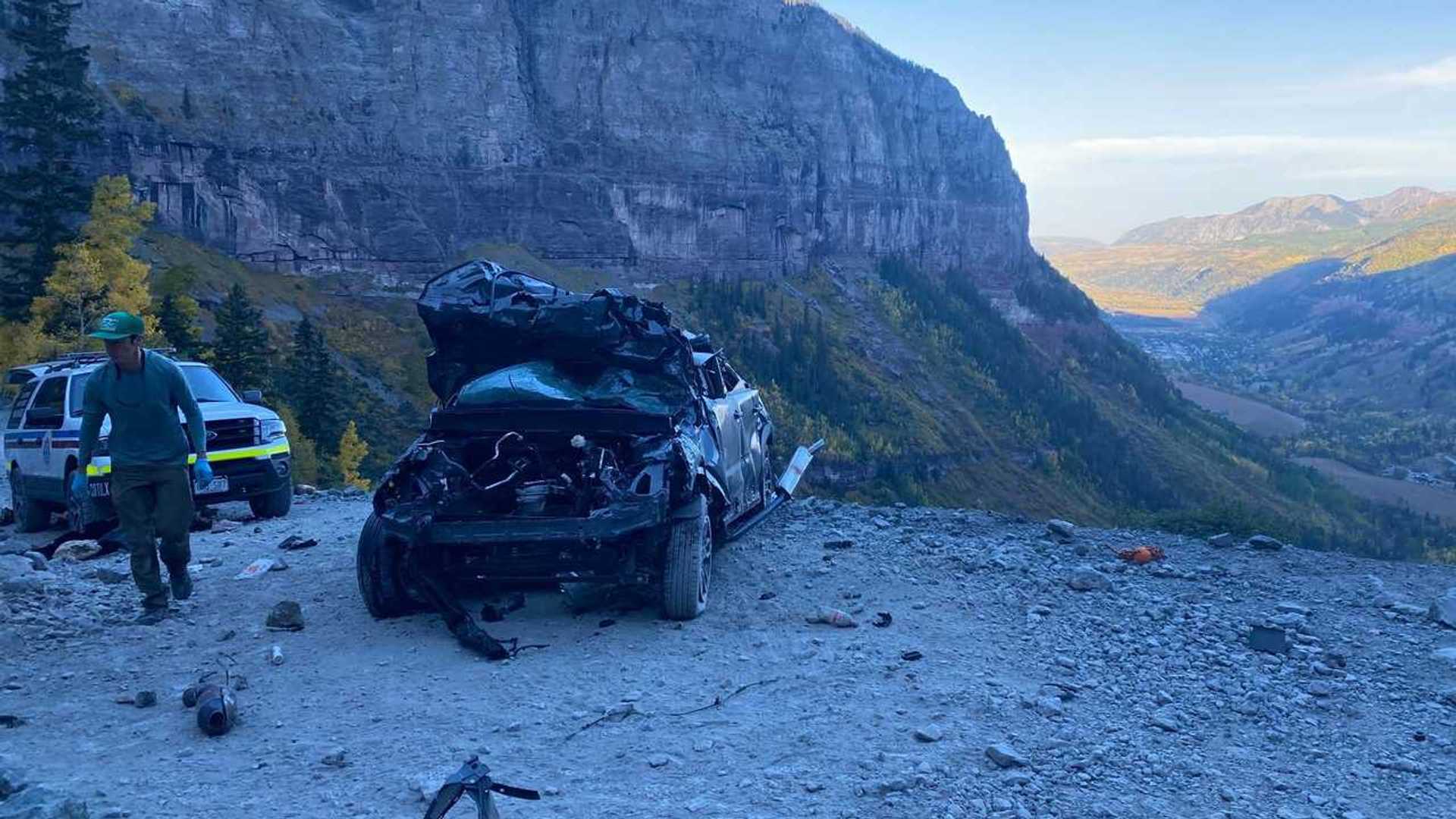 The driver was reportedly from out of state and entered the one-way Black Bear Pass going the wrong direction, according to the sheriff’s department. Neither person with the vehicle is said to have seen the sign indicating they were going the wrong way.

They made it up a few switchbacks before deciding to turn around, and the passenger exited the Bronco Sport to help the driver navigate the maneuver. Unfortunately, that was when the crossover rolled down the mountain. According to the sheriff’s department, the incident was even violent enough to eject the Bronco Sport’s engine. The vehicle’s exterior structure, though, remained intact during the tumble.

“Black Bear Pass is an extremely dangerous road and should only be driven by experienced off-road drivers in appropriate off-road vehicles. Legally, a 16-year-old who got his driver’s license a few hours prior, may attempt to drive the pass in his grandmother’s 1980’s [sic] sedan. That doesn’t mean it’s safe to do so.”

Some on the Bronco6x Facebook group suggest the Bronco Sport’s name and the way it’s marketed may give inexperienced owners a false sense of security about being able to handle off-road trails. After all, this model is based on the same platform as the Ford Escape and is not an all-out off-road warrior like its big brother, the standard Bronco. That said, in this case we have no clue about the driver’s off-road experience, and to her credit, she tried to turn back.

We have seen one other example of a Bronco Sport rolling over while off-roading, but the outcome was very different. It only fell about 30 feet (9.14 meters). After getting upright and a little engine maintenance, that Bronco Sport was amazingly able to drive away.

If you’re a Bronco or Bronco Sport owner who wants training on how to use your vehicle off-road, Ford offers the Bronco Off-Roadeo driving academy. The program is launching schools in Horseshoe Bay, Texas; Mt. Potosi, Nevada; Moab, Utah; and a future location in the Northeastern US. The lessons include skills like rock crawling and trail riding. 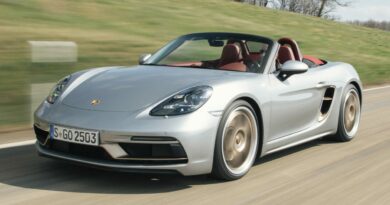 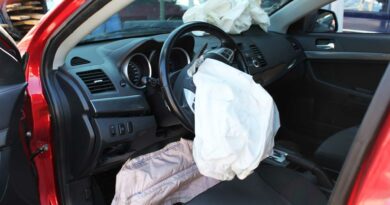 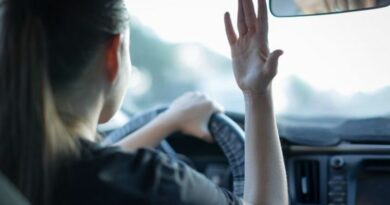