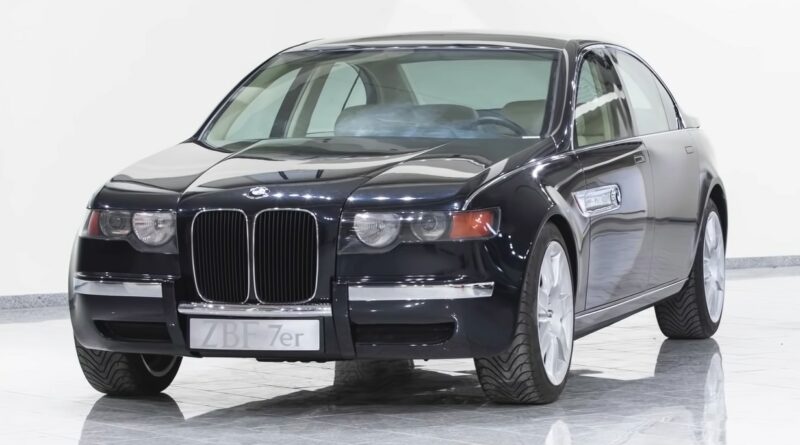 BMW has recently been digging into the annals of its Group Classic division to reveal some of the Bavarian company’s concepts that never were. We’ve already seen the wild X5 LeMans and a V-12 powered M8 prototype from the ’90s, but more recently they’ve gone and dug up the ZBF-7er. It was a concept that was supposed to foreshadow the future of luxury, and in many ways it did—but that’s not the first thing you’ll notice about it.

No, the first thing any casual observer will see is one of the most controversial subjects in the automotive design world right now: that grille. We’re not going to sugarcoat it, the elongated kidney grille looks incongruous, even if it slightly smaller than the one found on the new 4 Series, M3, and iX. The fact that this design is more than 20 years old doesn’t help anything, either. Bold? Yes. Beautiful? No comment.

The rest of the ZBF-7er, however, is genuinely forward-looking. The side-view mirrors, for example, are externally mounted cameras—something that’s only recently gone mainstream in Europe (U.S. regulators won’t allow such tech here). It’s also a much larger car than the 7 Series of the mid-’90s, and it’s no secret that cars have been getting bigger, heavier, and more complicated with every generation.

Its massive body panels were beaten into form by hand, there’s a primitive version of iDrive in the back for rear-seat passenger entertainment, and rides on custom 20-inch wheels. The tread pattern for the bespoke tires was designed by Joji Nagashima—the same man who designed the entire car—and the rubber was sculpted by hand.

All in all, it’s an interesting concept with plenty of forward thinking luxuries we enjoy today. We just wish BMW had forgotten about the grille once they resigned it to the museum. 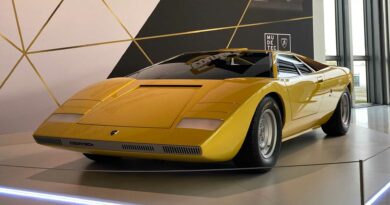 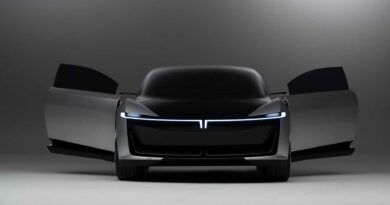 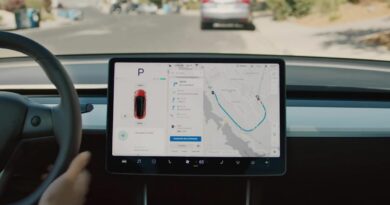 Tesla probed by NHTSA for Autopilot crashes into first-responder vehicles; 765,000 cars could be affected – paultan.org