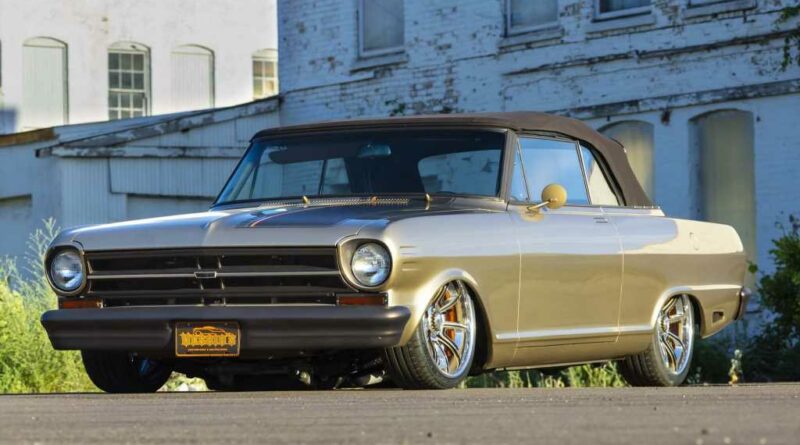 If anything differentiates hot rodders from every other type of car enthusiast, it’s their need to change things. The very definition of the term “hot rod” is a car modified for performance and appearance. In some cases, the modifications are permanent. In other cases, the mods are continual, as a hot rod is treated to an ongoing series of tweaks. Jeff Bjustrom’s Nova doesn’t fit either of those descriptions. His is an amazing example of a car built into an award-winning showstopper, then recently rebuilt with enough major changes to transform it into something new.

This 1963 Chevy Nova SS convertible’s wild ride would have been impossible to predict when Jeff walked into Vescio’s Customizing & Restorations back in 2012. Jeff was there that day to talk to builder Bo Vescio about a simple job. He was looking for a shop to restore the Honda trail bike that his wife Kim had owned since she was 12 years old. He walked out of the shop with a bigger agenda. Jeff had always been interested in cars, but hadn’t been immersed into hot rod culture—until then. Seeing Vescio’s shop and the projects being built there ended up modifying his entire life. “I was hooked,” he realized.

The search for the right raw material for his own Vescio-built project car began—and ended—on the internet. Jeff missed out on buying a 1966 Chevelle and a 1965 Olds Cutlass, but was successful in landing a Chevy Nova SS convertible from 1963. That was the last year that Chevy offered the Nova as a convertible and the first year it was available with the Super Sport package—available only on the convertibles and hardtops. The SS option consisted of bucket seats, a floor shifter, gauges, wheels covers, and identifying exterior badging and trim.

Bo Vescio and his team finished Jeff’s Nova, known as the “Juice Deuce,” in time for the 2013 Detroit Autorama, where the judges gave it First Place in the Mild Custom Convertible class. The following year, Chevy High Performance magazine published a full feature on the chocolate brown Nova in its May issue, featuring Eric McClellan’s photography.

By 2019, Jeff had worked with Vescio’s Customizing on another rod, a radically-styled 1930 Ford Model A pickup that was a Street Rodder magazine Top 100 award winner, but was talking to Bo about ways to change the appearance and personality of the Nova.

During the initial build, the body was treated to some mild custom modifications, including Kindig-it Design flush door handles, a smoothed and painted bumpers, trim and emblem removal, Hagan Street Rod Necessities flat fuel door, a horizontal bar grille, smoothed headlight bezels, and exhaust openings in the lower rear quarters. All these mods remain unchanged except for the exhaust openings which have been frenched, and the grille, now replaced by a cleaner custom piece handbuilt by Marshall “Wiz” Starrett at Vescio’s Customizing. The Vescio’s team also perfected the body lines and gaps.

Two of the biggest contributors to the car’s outward personality are the paint color and the tire and wheel combo, both of which have been altered during the rebuild. When Bo pitched the idea for Nova’s first dark brown paint job, Jeff was skeptical. He decided to trust Bo’s judgement and the unconventional Hot Chocolate Metallic color provided the Nova with an edge that contributed to all the attention it earned. The finish was enhanced with some matte pinstriping applied by Lenny Schwartz at Krazy Kolors.

This time around, Hot Chocolate has been replaced by Champagne. Jeff and Bo agreed on this 2015 Kia color for the Nova, once again shot by Bo Vescio. The contrasting graphics on the hood, cowl, and deck were added by Blackfire Creative.

The earlier version of the Nova rolled on 18-inch Rushforth Rated X 10-spoke wheels and low-profile 225-series Hankook Ventus V12 tires. The current look is a variation on that, provided by 18×8 and 19×9-inch Schott Throttle D.Concave wheels and Michelin Pilot Sport 4S rubber. Wilwood 11-inch rotors and four-piston calipers plumbed to a Wilwood master cylinder slow down the Schotts.

The other big change is hidden under the hood. In its hot chocolate days, the Nova’s heartbeat was provided by a mild Chevy 350 small-block crowned with an Edelbrock intake manifold and four-barrel carburetor underneath a Billet Specialties air cleaner. A Saginaw four-speed transmission sent torque to a narrowed 9-inch rearend with 3.55:1 gears and a Posi-traction differential.

The Champagne transformation got a transplant in the form of a fresh-from-the-crate 430-horsepower LS3 engine, dressed up with custom coil covers built by Vescio’s Customizing. The custom exhaust system was also built in-house, with 2 1/2-inch pipes corked with Flowmaster mufflers. The LS3 is backed up by a 4L60 automatic transmission and 3.73-geared 9-inch with a Posi.

When the Nova was ready for upholstery, it traveled to Rogers, Minnesota, where Premier Upholstery covered the stock seats and custom door panels in tan leather with dark stingray skin inserts. Gauges from Classic Instruments are french into the custom dash, and the Billet Specialties Stiletto steering wheel caps an ididit column. The only visual differences to the interior from the photos from 2014 Chevy High Performance magazine photos are the new custom console housing a short shifter (replacing the previous Hurst) and the elimination of the third pedal—both results of the transmission transplant. The console also housed the Pioneer head unit, part of the audio system that includes Infinity speakers and a Boss amp.

“Two of the biggest contributors to a car’s outward personality are the paint color and the tire and wheel combo, both of which have been altered during the rebuild. “

In 2019, Jeff Bjustrom’s transformed 1963 Nova was back on the show scene, displayed in the Whistler Electronics booth at the 2019 SEMA Show. We spotted it at the Minnesota Street Rod Association’s Back to the ’50s show in the summer of 2021. But the “Juice Deuce” wasn’t built to pose at car shows. It was built—and rebuit—to be driven and enjoyed, and Jeff has been fulfilling that goal by adding miles every chance he gets. Bo Vescio and the Vescio’s Customizing crew is currently working on a ’52 Chevy that was once Kim’s father’s daily driver. You should be seeing that car on the show circuit in 2022, before it too goes back on the road.

Watch! 1963 Nova Is Built for the Street and Track

Back in 2015, then-Super Chevy editor Evan Perkins sat down with Chuck Church Jr. of Church Boys Racing, who brought this killer 1963 Nova out to the Super Chevy Suspension and Handling Challenge, where it was put to the test in the skidpad, slalom, and road course. 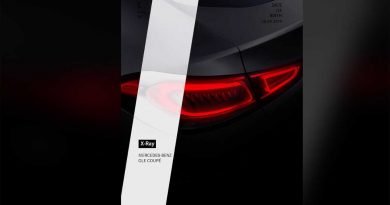 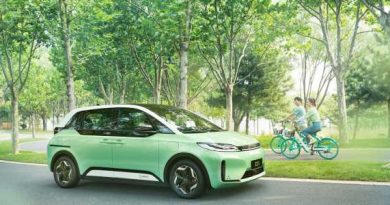 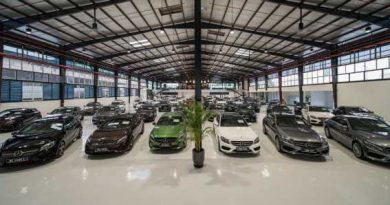