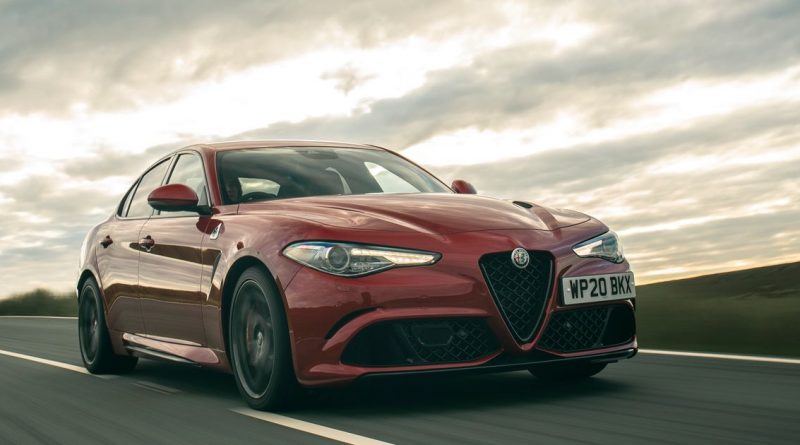 The super saloon only just trails the fast estate as the coolest form of fast transport. These kinds of cars are now grossly outnumbered by performance SUVs, but thankfully, there are still some great choices out there.

Your lot is even better out in the USA, but for this list, we’re sticking to cars you can buy in our native United Kindom.

Here are our picks:

We’re going to kick things off on a controversial note by picking something some wouldn’t even consider a ‘super saloon’. Yes, the Bentley Flying Spur is billed as a luxury car first and foremost, but when the chauffeur has been left at home and sir would like to tear the local country road a new one, this leather-lined brute delivers.

Thanks to trick three-chamber air suspension, electronic anti-roll bars, rear-wheel steering and an all-wheel drive system which heavily biases the rear wheels, the Bentley is a true rival to the Mercedes-AMG S63. For the full shock and awe experience, the 626bhp 6.0-litre W12 is the one to have, but you’re probably better off with the still silly vast V8 Spur, which is cheaper and should be noticeably sharper due to the weight drop.

You’re probably expecting to see a BMW M5 here, but we’re going to have to disappoint you. 616bhp is dramatic and all, but opportunities to use all of that output are few and far between IRL. It’d be nice to imagine a world in which top-of-the-line super saloons capped out at about 500bhp, although in a way, we don’t have to thanks to cars like the M550i.

Thanks to 523bhp it’s still enormously powerful, with all-wheel drive traction off the line helping it achieve a 3.8-second 0-62mph time. It’s softer than the M5 making it better at the super saloon balancing act between comfort and speed, yet still fantastically capable. Its V8 makes a better noise, too.

Omitting one 600bhp (ish) mid-sized saloon missile and including another seems like massive double standards, but we can justify ourselves here. The next ‘tier’ down from this is the straight-six E53, which isn’t anything like as exciting as the BMW M550i. So if you want a fast Mercedes E-Class, it simply has to be the E63.

Also, the E63 just edges the M5. The noise from its 4.0-litre twin-turbo V8 is filthier, it rides a little better, and – to our eyes at least – it looks nicer too. Plus, you can have it as an estate, if you’d like.

The C63 did what we thought no AMG’d C-Class ever could: beat the BMW M3. Granted, the F80 M3 has its issues, but that shouldn’t detract from Affalterbach’s achievement. It went one better (or two, technically) than the BMW in the engine department, with a thumping V8 against the Bavarian’s odd-sounding straight-six.

It’s also a friendlier car to drive fast, but not at the expense of sharpness. This is a precision tool in a way Mercedes-AMGs products simply weren’t until very recently, and the only real weak spot is the gearbox. It’s due to be replaced soon, and reportedly with a car powered by an inline-four. Get one while you still can.

A few years ago, the thought of an Alfa Romeo topping a list like this would seem absurd. For a long time it didn’t make any saloon cars, and the last four-door it did make was the obese 159. What a turnaround – Alfa now makes the best super saloon you can buy new in 2021.

The Giulia Quadrifoglio‘s 503bhp twin-turbocharged V6 is an absolute belter, and while no one will admit it, the unit can almost certainly be traced back to Ferrari’s turbo V8. Speaking of Maranello, the Giulia Q’s chief engineer, Philippe Krief, worked on the 458 Speciale.

This really shows in the way the car drives, with ultra-fast, razor-sharp steering and a focused chassis that demands the pilot pay it the utmost attention.

There are some omissions here, so to save us being shouted at in the comments, we’d like to explain why. The M5 we’ve already gone over, and while we’d love to have its M8 Gran Coupe sibling on this list, its ride issues and obscene pricetag count it out. While we’re on the subject of M cars, it’s worth pointing out no one’s driven the new M3 at the time of writing.

For a niche alternative to some of the BMWs mentioned here, there are various products from Alpina which might tickle your fancy. From Audi, there’s the S8, which is a fantastic sleeper, but not exactly thrilling in the corners. We’re fans of the Mercedes-AMG S63, meanwhile, but if we’re going AMG, we’d make it one of the smaller ones listed above. On the subject of Merc, we haven’t forgotten the GT 4 Door – it’s tremendous in many ways, but it’s more of a hatchback/liftback than a saloon. 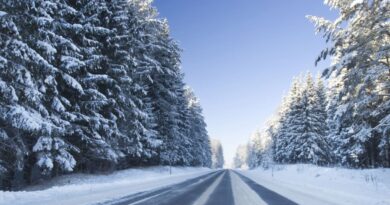 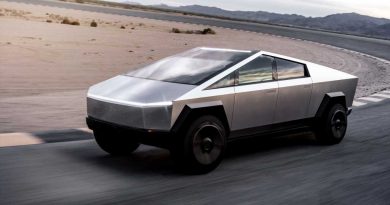 Tesla Cybertruck is HERE! Photos, Info on the Wildest Pickup Ever Revealed Tonight 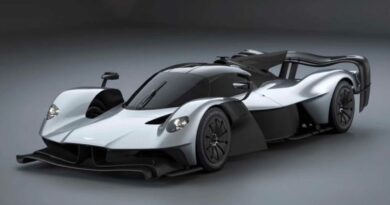