Home » Car Reviews » The Coolest Car That No Longer Exists: the 1954 Corvette Corvair! 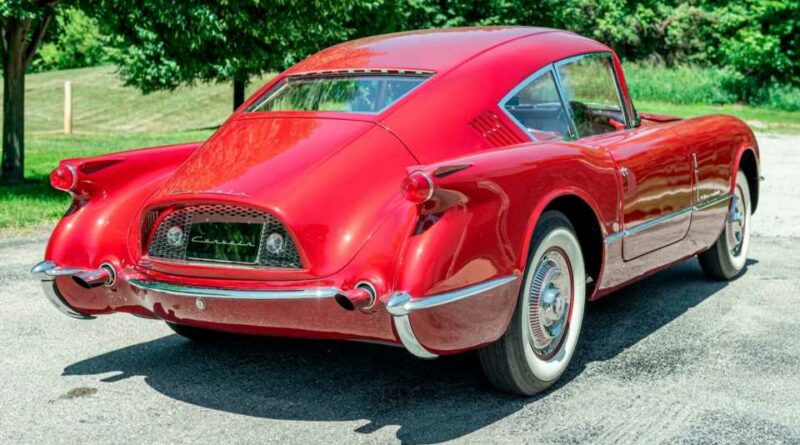 The idea of concept cars (or the concept of idea cars?) has been around a long time. A concept car is a great way to gauge people’s reaction to new and sometimes revolutionary car designs, which was even truer before the advent of the internet. And, after all, it’s a lot cheaper to build a few than to commit to a full production year of a car that may turn out to be a dud.

What Happens to Concept Cars When They Are Done Being Shown-Off?

Sadly, most concept cars are lost. Why? Well, since most don’t carry real VIN numbers, they can’t be sold or even driven on the roads. So, once their jobs are done the manufactures have to either pay to store them or just send them to the crusher after being stripped of any useful bits. Some manage to survive due to sneaky employees, and some notable ones have been put into the historic collections of manufacturers, but typically they just cease to exist. Such was the case with the original 1954 Corvette Corvair concept cars. It seems that five (a number open to debate) were built by GM to show off the fastback body style, and the first one was unveiled at the 1954 Motorama Show held at the Waldorf-Astoria in New York. GM loved to do variations of their new Corvette, including a convertible, a sporty fastback, and a sweet two-door station wagon. Most just faded away, although the station wagon ultimately morphed into a full-size ride called the Nomad. The fastback body style shown here carried on, but was produced as an entirely different car than the one with four seats, rear-mounted engine, and futuristic design that you see here, called the Corvair (a portmanteau of “Corvette” and “Bel Air”).

This particular 1954 Corvette was hand built to replicate the Motorama Corvair coupe, and was constructed by Brett Henderson of Blue Flame Restorations, with every effort taken to faithfully replicate the concept car. It’s fitted with an original 1956 rearend and a set of AC Delco shocks, as well as original 1954 front suspension and steering parts. Front disc brakes help it stop more assuredly, while the 265ci (4.3-liter) V-8 engine is fed by a Holley four-barrel carburetor and is backed by a 700R four-speed automatic transmission linked to a two-speed Powerglide shifter. The 15-inch steel wheels are wrapped with a period-correct set of Firestone whitewall tires, lending it even more period-correct originality. Finished in a fresh coat of Crystal Red, the interior uses custom-designed Al Knoch bucket seats, custom window glass, gauges from a 1956 installed in the factory 1954 dashboard, and more. Entered into the 2015 Amelia Island Concours d’Elegance, the car was also named a personal favorite by legendary custom car builder George Barris at the Corvette Funfest, also in 2015.

Why Didn’t GM Ever Produce the Corvette Corvair?

When the 1953 Corvette was released to the public, its styling and fiberglass construction were groundbreaking, but just 300 were sold. It looked amazing, but compared to the sports cars coming out of Europe, competitive performance was sadly missing from the mix, partly due to the Blue Flame inline-six-cylinder engine and two-speed Powerglide automatic transmission. With no manual transmission to compete with German, Italian, and British offerings, the Corvette wasn’t a viable choice for many. As such, sales were lackluster, and Chevrolet was considering killing off the Corvette.

Enter Zora Arkus-Duntov (remember him and his Ardun flathead Ford OHV engine kit?). Zora knew a few things about performance and had grand ideas about adding V-8 engines and manual transmissions to the Corvette so it could better-compete in the sports car segment. However, his rescue of the Corvette didn’t happen fast enough to save the Corvette Corvair design, and the concept cars were sent into oblivion. The red one replicated here vanished right after the Motorama show, and a Seafoam Green version (some say it was in fact the same car, repainted) was shown around the country before pulling the same disappearing act.

This faithful recreation of the iconic 1954 Motorama Corvair is being sold at Dana Mecum’s 35th Original Spring Classic Auction in Indianapolis, May 13-21. To find out more about this vehicle, or become a bidder at the 2022 Mecum Auctions event in Indy, head to its listing as Lot S271. The Corvair is scheduled to head to the auction block Saturday, May 21; be sure to sign up to MotorTrend+ for a free trial to catch all the action from Indy! 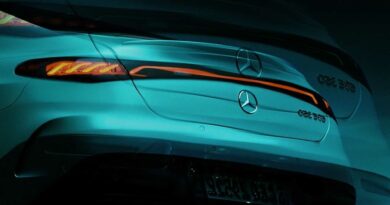 Mercedes-Benz EQE Shows Some Metal Ahead Of Debut 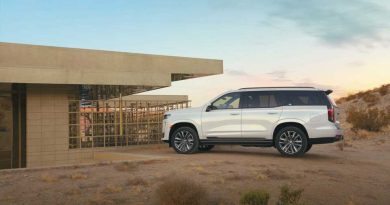 The Best Used Green Cars: Efficient Choices for Every Buyer