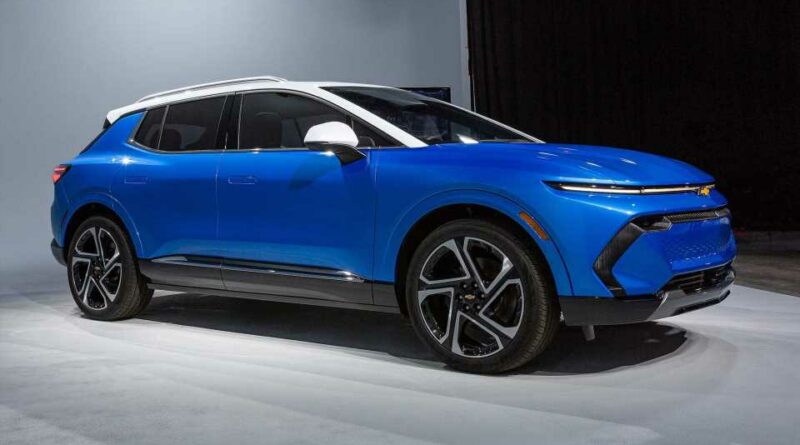 The 2024 Chevrolet Equinox EV is gunning to silence complaints that electric cars are too expensive. When it goes on sale in the fall of 2023, the Equinox EV will offer compact SUV interior space, up to 300 miles of range, and optional all-wheel-drive, and a starting price around $30,000. Chevy isn’t yet talking about pricing in any more detail than that, but it’s a big enough claim to qualify as a metaphorical mic drop. That base price will make the Equinox EV thousands of dollars cheaper than rivals such as the Ford Mustang Mach-E (base price $44,995 for 2022), the Hyundai Ioniq 5 ($41,245), the Kia EV6 ($42,695), the Volkswagen ID.4 ($38,790), and the Tesla Model Y ($69,440), and only marginally more expensive than Chevy’s aging Bolt EV hatchback.

Chevy’s price advantage is fueled by GM’s industrial might and the fact that—for better and for worse—the company knows a thing or two about parts-sharing. The Equinox EV is built on the BEV3 architecture that also underpins the 2023 Cadillac Lyriq and the 2024 Chevrolet Blazer EV. It is powered by the company’s Ultium batteries and motors, which drive everything from the 2022 GMC Hummer EV to the Cruise Origin self-driving shuttle, and will also share components such as the steering wheel, seat frames, and the infotainment screen with the Blazer EV and the 2024 Chevrolet Silverado EV. This plan allows GM to reap economies of scale quicker as consumer adoption of EVs ramp up.

Undercutting the competition isn’t exactly a new strategy for a Chevrolet EV. For as long as people have been grousing that electric cars are too expensive, Chevy has been quietly rebutting the argument. In 2013, the Spark EV city car launched with a sticker price below $20,000 after a federal tax credit. The aforementioned Chevrolet Bolt EV arrived in 2016 with significantly more interior space and range for less than $30,000 after government spiffs. And today, while almost every other car has become more expensive, the 2023 Bolt EV has seen its base price slashed to just $26,595.

You can take those cars as proof that the reason EVs haven’t taken over our roads yet isn’t based on price alone. The problem is that, up until now, affordable electric cars have been too small, or have lacked the range, or have left out key features, or have looked too dweeby (sorry, but just look at the Bolt) to capture the attention of most new-car buyers. The key question then is, does the 2024 Chevrolet Equinox EV avoid repeating those mistakes?

A Range of Ranges and Power

The Equinox’s low starting price will buy a front-wheel-drive 1LT trim good for 210 hp, 242 lb-ft of torque, and an estimated 250 miles of range. Upgrading to a larger battery pack will boost the range to about 300 miles, while all-wheel-drive versions, which are only offered with the big battery, should deliver 280 miles per charge. The all-wheel-drive model’s additional motor also lifts total output to 290 hp and 346 lb-ft of torque. Comparing similar models, the Ford Mustang Mach-E makes at least 56 more horsepower than the Equinox EV, but presumably at a serious price premium.

At DC fast-charging stations, the Equinox EV adds 70 miles of range in less than 10 minutes while accepting up to 150 kilowatts of power. That’s an improvement over the Bolt EV and Bolt EUV, which max out at 55 kilowatts, but it falls short of the 250-kilowatt peak of the Hyundai Ioniq 5 and Kia EV6. At home, the standard 11.5-kilowatt Level 2 charging will add 34 miles for every hour plugged in while the top-trim 3RS model can be upgraded to 19.2-kilowatt capability, which raises the rate to 51 miles per hour.

If you compare the base Equinox EV to a Bolt EV on price and powertrain specs alone, you might think of the newer car as a step backwards. The Bolt EV currently offers 262 miles of range for about $3,500 less than the Equinox’s promised starting price. But in range and dollars, the Equinox EV reflects the price of fashion. The base model rolls on 19-inch wheels, and 20- and 21-inch wheels are available. And while beauty is in the eye of the internet commentariat, the Equinox’s proportions at least are less phone-booth-like than the tall and narrow Bolt’s. The Equinox EV is longer and wider than the gas-powered crossover that it shares a name with, yet the EV’s lower roofline means the electric Equinox has less cargo space with the rear seats folded. There’s no front trunk in this EV, either. Matt Purdy, global chief engineer of electric vehicles at GM, says that any frunk would have been quite small, as the inverter mounts directly on top of the motor in GM’s Ultium parts kit. He says that, when asked in clinics about this additional cargo space, most customers say they aren’t willing to pay what Chevy would have to charge to trim out the under-hood compartment.

The thin light bar connecting the front turn signals is included on all but the base model. Along with the tail lamps, these front lights put on a show as you approach with the key or report the battery’s status as the vehicle charges. The two-tone paint job seen in the photos is optional. LT trims can be had with white roofs, while the sportier RS trims can be painted with a black roof. RS models also include a flat-bottom steering wheel and the choice of a black interior with red stitching or an Adrenaline Red interior.

An 11.0-inch digital instrument cluster comes standard along with an 11.0-inch infotainment screen that can be upgraded to a 17.7-inch unit in select trims. Super Cruise, GM’s impressive hands-free driver assistance system that works on more than 400,000 miles of pre-mapped U.S. and Canadian highways, is optional. Other upgrades include a head-up display, Bose stereo, rearview camera mirror, 360-degree camera, and heated rear seats.

Can Chevy Hold the Line on Pricing?

While it will launch in fall 2023 with a limited-edition RS trim, Chevy is promising that it will produce a variety of of trim levels at a range of price points in the first year of production. That’s an important point to make, because while a low price point earns headlines, electric vehicles will only win over most buyers when they beat gas alternatives on price while offering similar or better ownership experience. If Chevy is serious about keeping the price in check on the Equinox EV, this could be one of the first EVs to trigger a tidal wave of change. 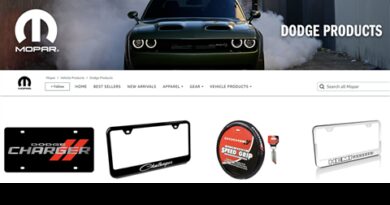 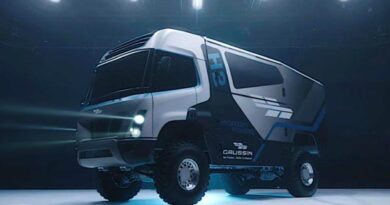 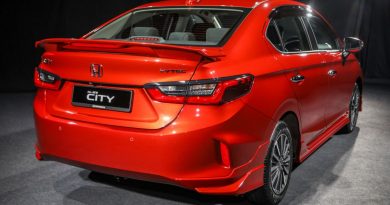