Subaru is not a player in the midsize, full-size, or heavy-duty pickup truck segments. It doesn’t currently offer anything with a bed—today. It wasn’t always that way, though. Once upon a time, there was the Subaru Brat. It was a funky Subaru Leone-based truck that Subaru ultimately pulled the plug on in 1987. Fast forward a couple of years, and Subaru brought the spirit of the Brat back in the form of the Baja compact pickup. Except, instead of the Leone, the Baja used the Subaru Legacy Outback wagon as a base.

Although the rhyming Bs of the Brat and the Baja may be confusing, these Subaru trucks share next to nothing in common. The Brat and the Baja did, however, share a groovy, rebellious spirit that blurred the line between car and truck. It wasn’t the only one of its kind, as other options such as the Chevrolet El Camino, Dodge Rampage, Ford Ranchero, and Volkswagen Caddy, all relied on a similar concept. That said, the Brat was arguably among the most memorable, if only for its kooky bed-mounted seats.

The Subaru Baja lacked such chairs in its bed, and instead, its rear seats lived within the cabin. To create the Baja, Subaru stretched the Outback by 6.0 inches and lopped off the wagon’s rear cargo area to create an open bed.

Introduced for 2003, the all-wheel-drive Subaru Baja was powered by the brand’s 2.5-liter horizontally-opposed four-cylinder engine, which pushed out 165 hp and 166 lb-ft of torque and was backed by either a four-speed automatic or five-speed manual transmission. The more powerful Baja Turbo was added for model year 2004. As its name implies, Subaru fitted a turbocharger to the model to increase the four-cylinder engine’s output to 210 hp and 235 lb-ft of torque. It even had a hood scoop to feed air to its top-mounted intercooler.

If the Brat stood out for its bed-mounted seats, then the Baja stood out for its so-called “Switchback” bed and cabin divider. In essence, it was a passthrough between the cabin and bed that allowed the Baja to haul items up to 7.5 feet long (when equipped with the bed extender). Additionally, the bars that connected the cab and bed provided additional support for the truck’s trick passthrough. Despite such ingenuity, the Baja struggled to find interested buyers (sales totaled around 30,000 units throughout the model’s short lifespan). Subaru called it quits on the Baja after the 2006 model year.

What went wrong with the Baja? Maybe it was the advertising or all that plastic cladding. Or maybe it was just ahead of its time, and we’re only now slowly coming to appreciate the idea of a tiny truck with car-like characteristics. After all, Hyundai has the Baja-like Santa Cruz coming, while Ford has a similar truck due that’s expected to bear the name Maverick. Maybe it’s time Subaru brings back the Baja. 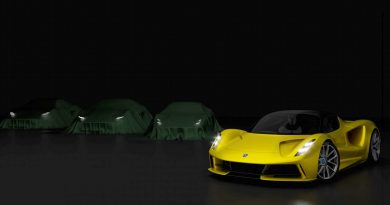 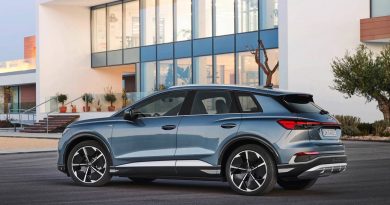 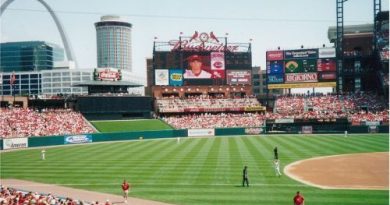 Cardinals Rent 41 Cars to Travel to Chicago for Game