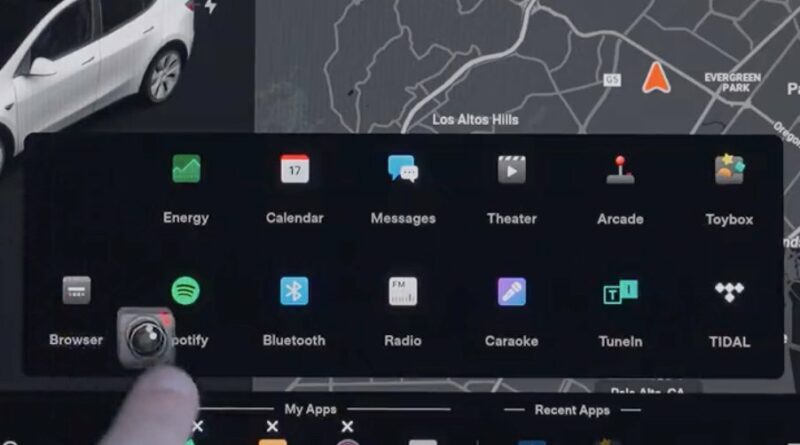 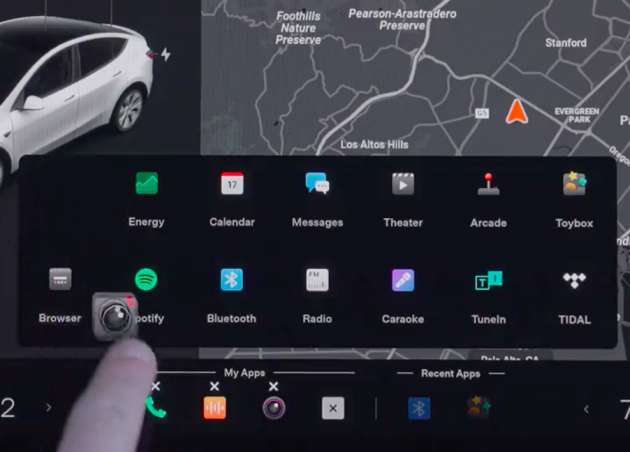 A software update for Tesla vehicles released over Christmas Eve brings a host of features for utility as well as entertainment, or amusement. These apply to the Model S, Model 3, Model X and Model Y.

The curtain-raiser here is the Light Show function, which employs the xLights free open-source software to create a light show that is performed in sync with the music of the user’s choice. This is done with .mp3 or .wav audio files, which will be synced with a lighting sequence that can run up to five minutes.

For verbal communication from within the car, the update brings Boombox Megaphone which enables one’s voice to be amplified to the outside through an external speaker – that should save the need to open a window and crane one’s neck outwards to communicate with others.

Infotainment for the Model 3 and Model Y as well as legacy Model S and Model X cars which are fitted with Intel Atom processors receive the latest interface look using design elements from the latest Model S and Model X. New features include a customisable app launcher, a simplified controls menu and an available dark mode appearance.

Also revised within the infotainment system is an updated navigation setup that enables its users to hide map details for a cleaner look, and will now be able to add and re-order multiple stops on the programmed route. The vehicle will automatically update arrival times as well as battery levels at each stop, says Tesla.

For improved comfort, versions of the Model S and Model X already fitted with adaptive suspension will receive an update which automatically sets the suspension to comfort mode upon activating Autopilot, which is aimed at a steady cruise on highways.

In colder climates, the updates now enable the use of certain cold-weather features when the vehicles battery is at a lower state of charge for improved comfort, such as allowing the use of cabin preconditioning and charge port heating in winter. 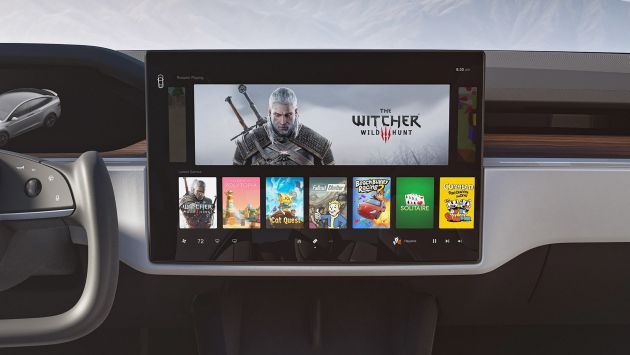 The update also brings broadened camera functionality to the current model range (excluding the legacy Model S and Model X), and these are the blind spot camera and the Sentry Mode live camera remote access. The former works by showing a video feed of the driver’s potential blind spot on the vehicle’s touchscreen – in essence, like Honda’s LaneWatch.

For the Sentry Mode live camera remote access, the function that is already live in the United States has now been made available to the rest of North America as well as the majority of Europe, says Tesla. Live access to Sentry Mode means that users can view a live video feed from the vehicle through the onboard cameras used for Autopilot, through the Tesla app.

On the entertainment front, Tesla’s software updates bring five levels of Immersive Audio that inlcudes an Auto setting to adapt to the content being played, and the subwoofer level can be adjusted independently for finer control of bass output levels. There are new games, too, as well as Sudoku and The Battle of Polytopia multiplayer game. TikTok is also now available on Tesla touchscreens.

Ever wondered what it is like to live with a Tesla on a long-term basis? We’ve done just that with the Model S P90D. Read on here to find out what driving, charging and living with a fully electric vehicle is like over a period of three years.

Talk through your Tesla with Boombox Megaphone ???? pic.twitter.com/8xMO2bHP7L 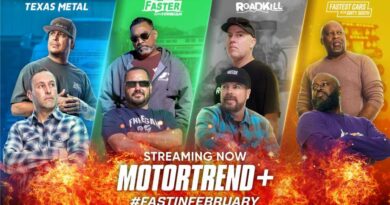 Go Fast in February With MotorTrend+! New Episodes of Roadkill and Much More 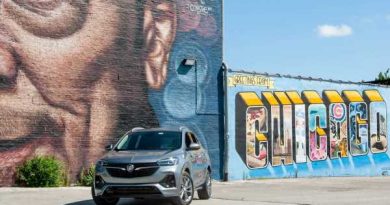 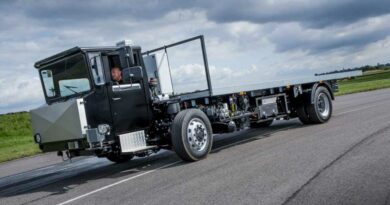