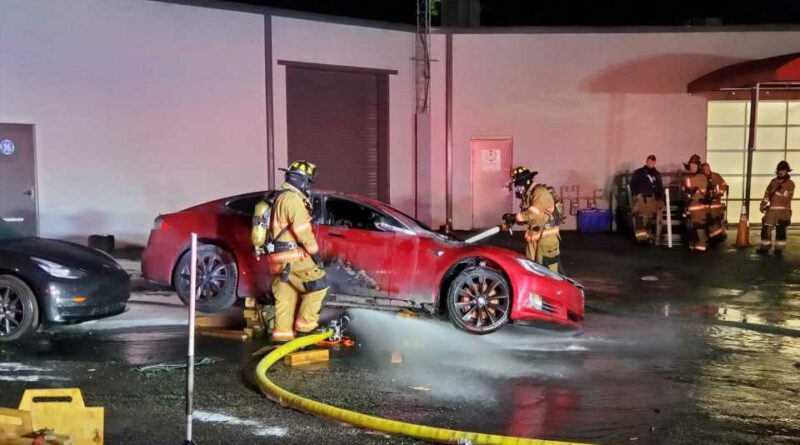 The Marietta, Georgia Fire Department responded to a call about a burning Tesla Model S which went up in flames for unknown reasons. The vehicle didn’t appear to be charging at the time, although it could have been disconnected in the photos posted on the fire department’s official Facebook account.

This looks like a newer Model S, probably a 2016 to 2019 model-year, and it’s the top of the range version, the P100D. It appears that the source of the fire was underneath the vehicle, and the blaze started creeping up the sides of the vehicle – on the left side, the damage is much more severe, while on the right, you can see where the flames were starting to come up the front door.

In one of the photos from the Marietta FD, when the left side of the car was still on fire, it’s pretty clear that the battery pack was the source of the fire. As they point out in the source Facebook post, they had to think outside the box in order to deal with this fire and we presume some of that included lifting the vehicle onto wood blocks and putting a fire hose underneath the vehicle to not allow the battery pack to reignite (which is very likely to happen in an EV fire).

Once it was extinguished, the extent of the damage was quite obvious – the entire area around the driver was severely burnt, as was the area around the front left wheel. There is little chance we will be seeing this vehicle being rebuilt on some famous YouTuber’s channel – it looks like it’s pretty much totalled, only good for salvaging some parts off it. 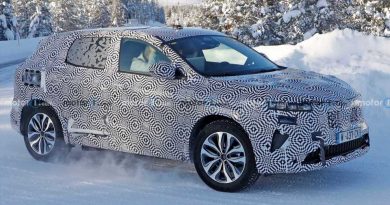 2022 Renault Kadjar Spied For The First Time With Production Body 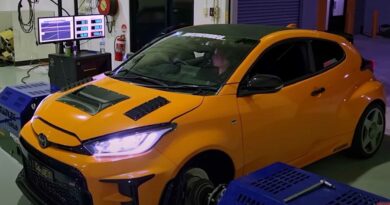